Inside the Numbers Round 18 Wrap

Pete looks at the top 6 forwards for the rest of the season. Make sure you VOTE in the poll. 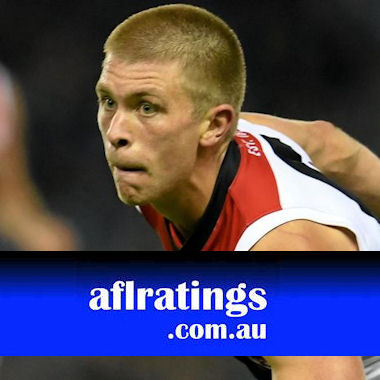 There has been much debate for Top 6 FWDs this year and with many trade decisions still to be made in this part of the ground selecting the right combination could play an important role in upcoming league Finals, the following is an overview & key numbers that will hopefully point you in the right direction..

For those waited one week on Sidey you can now get him at a discount but expectations should be somewhat conservative for the remainder of the year especially with the Pendles injury, Collingwood play Geelong & Melbourne in the final 2 weeks of the H&A with both teams ranked in the Top 3 for Disposals conceded this year.

The Bulldogs numbers are improving and Macrae has directly benefited averaging 111.0pts from his last 5 games, the Bulldogs play Hawthorn in Round 23 at Etihad Stadium but in the last 2 weeks the Hawks have conceded an average of 358.0 Disposals (Rank 5).

In the 5 games leading up to Round 18 Hill averaged 109.0pts but an underwhelming 77pts against the Hawks and a BE of 116pts this week is slightly concerning, a Round 22 clash (Preliminary Final) against the Tigers should also be noted. Hill does have a decent ceiling and still should be a target.

Greene will miss the next 2 weeks via a suspension so if you are thinking of trading Greene in  prior to R21 it will be for the final 3 weeks of the H&A season only, the Giants play Geelong (Rank 2 Disposals AGA) at Simonds Stadium (Potentially on Monday N) in R23 but if you want a very late sweat on your fantasy Grand Final he could be your man to decide it all.

Trading Ryder in to your Forward line provides extra security to cover any Ruck issues that may arise late in the year especially for those coaches currently starting Sean Darcy as R2. Ryder has averaged 111.5pts from his last 4 games and has Longer/Hickey, Jacobs, Grundy, Roughead/Campbell & Witts as opponents to finish the H&A season, at least Ryder is solo Ruck at Port Adelaide and with an injury free finish to the year should be a solid choice.

Lynch will be as unique as they come for the final 5 weeks of the year averaging 103.2pts from his last 5 games, his next 3 weeks appear to be favourable match-ups but his final 2 games are a concern with games against Sydney & West Coast to complete the H&A season. With not many stand out choices to complete your forward line about Lynch could be the perfect point of difference.

It has been a bumpy ride that has now hit a brick wall for Wingard owners, he will miss up to 4 weeks with an Ankle injury and likely see his restricted minutes in the midfield when he returns as Port Adelaide prepare for Finals.

The bubble might have burst on Lambert after showing signs that he was a very good unique option averaging 111.8pts between Rounds 11-16, his average of 72.5pts from his last 2 games have certainly raised red flags. Don’t completely rule him out, match-ups in R22 vs Fremantle & R23 vs St Kilda could prove to be a very good 2 week late option.

Buddy will be a popular choice for many to complete FWD’s, he has averaged 98.5pts from his last 10 games & 106.0pts from his last 3 games. Franklin’s role has been solid for quite a long period of time and if he can maintain a solid Goal per game average in his last 5 games it is expected he will average around 100pts per game, the run home for the Swans is a slight concern only.

Yeo has not scored 100pts or more in 5 straight games, he has been solid all season and has not delivered a score below 70pts in any game. It might be worthwhile checking your opponents line-ups for Finals, if they have Yeo it might be worthwhile trading him in as his points ceiling could be detrimental in single Round match-ups.

Kieren Jack’s return to form has impacted the output for Heeney, in the 3 games leading up to Round 18 Heeney averaged 88.7pts and Jack 109.0pts. Heeney definitely has a very good points ceiling, if you don’t have him he should be a prime target at a very reasonable $529K and with a BE of 126pts is highly likely to be cheaper next week.

Boak has averaged 105.5pts from his last 4 games and is a good chance to maintain a solid average with Wingard out with injury, sure Robbie Gray is in the mix as well but the run home for Port Adelaide is clearly noteworthy especially with Gold Coast in Round 23 at the Adelaide Oval.

Others that should be considered:

Charlie Curnow scored a team high 95pts in Round 18, he has averaged 95.5pts from his last 4 games

I am a FWD only

When I have kicked 3 Goals or more this year I am averaging 90.9pts

I am averaging 7.0 Marks per game this season

My jumper number equals a combined total of 6

Good luck for Round 19