Alex debuts with a look at some PODs here on DT Talk ahead of round 10. 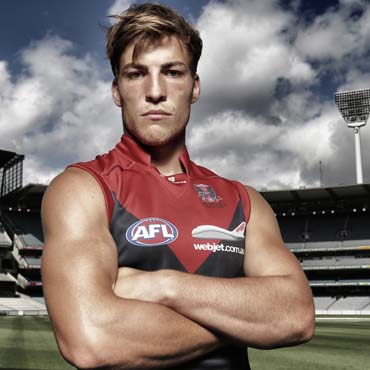 Fresh to the DT Talk family, I’ll be analysing a handful of players of difference (POD’s) flying under the radar to help boost your squad. These ‘anti-vanilla’ trade targets can help to separate your team from the rest of the pack as your ranking climbs. Let’s dive in!

Kicking things off is perhaps the most unique on the list, to be honest I was surprised that 3% of the competition owned Hurley! He has been a picture of consistency for the Dons lately, scoring between 94 and 108 in his last five matches. He could prove to be a good stepping stone to an uber-premium, but be careful he doesn’t exactly have a great track record of fantasy numbers.

Jarrod Harbrow is one of only seven defenders averaging over 100 in his last three games, alongside the likes of Laird and Docherty. A word of caution Harbrow comes up against Melbourne this week and traditionally he doesn’t score well against them, with the Dees being one of toughest teams to score on in 2017. If you can look past that fact though once the byes roll around Harbrow could be a very handy addition to avoid a backline donut.

He will not remain a POD for long. Behind the three little pigs (Rocky, Mitchell and Merrett) Hannebery has the highest average of any player over the last three matches at 130.3. His 159 on the weekend confirmed that the fallen premo is back to his game breaking best and is still hugely under-priced. This weekend he faces the Hawks, who give up the most points on average, at home. BANG.

Since averaging a ton for the first time last year, Jack Viney seemed poised to become a fantasy gun in 2017. After his indifferent start to the season, it seems like he is going to deliver on that promise. Topping 130 in two of his last three outings showcases what 98.5% of the competition are missing out on.

With slim pickings in the POD ruck department Smith tackled his way to a career high 148 against the Dogs last Friday night. While it would be unfair to expect these numbers regularly, Smith laid claim to hold the #1 ruck title at the Cats, while announcing his arrival to Fantasy coaches everywhere. Be sure to check your draft scrap heap too if you need some ruck help.

Here’s a fun story. I backed Billings in all pre-season and expected great things, but on the back of his 47 against the Lions in Round 3 he was axed from my team in favour of Alex-Neal Bullen.  Since then? He has posted 110+ in four out of six games including a monster 151 a fortnight ago. With a low BE and the potential to produce huge scores get him in! I hate this game.

120 points last weekend was Pedersen’s career high, but we should have seen it coming. 98, 97 & 94 were his previous three scores since coming into the side in Round 6 to solve the Demons ruck woes. A sure-fire candidate for a dual position upgrade in Round 12, as long as Max Gawn and Jake Spencer remain on the shelf Pedersen should keep putting numbers on the board.

The Big Three Questions Of Round 10

First things first my congratulations go out to former John Longmire whipping boy Tom Mitchell. Many expected Merrett to become the 3rd PIG inducted into the sty, but Titch’s ceiling has seen him join the coveted club alongside Rocky and Swanny. Merrett seems like the next potential inductee, but with plenty of the season left could the likes of Sloane, Danger or dare I say it Dan Hannebery showcase their snout?

Which Port/Suns Can We Trust?

Fantasy coaches around the country are bracing themselves for the inevitable byes coming in the following weeks and I’m sure that alarm bells are ringing for some. A popular tactic is to bring in Port Adelaide and/or Gold Coast players who have already had their bye, offering some stability over the next three weeks. News broke on Tuesday night that Chad Wingard has a calf complaint that will sideline him two weeks, so with that in mind here are my top four targets to help you survive.

Which Fallen Premo Is Next?

Owning a fallen premium isn’t fun. The like of Luke Parker, Nat Fyfe, Nick Riewoldt and Todd Goldstein (sorry Heath Shaw) haven’t lived up to their illustrious label to start the season. In the past few weeks though we have seen Dan Hannebery prove hope is not lost for such a player. Who else might rebound from their slow start to the joy of coaches across the country?

It’s tough to keep track of every player making their return from an injury or suspension. Here is how last week’s candidates performed when they returned to the fold.

Mitch Wallis (97) – Dogs fans around Australia rejoiced in seeing Wallis back in full flight after his return from a broken leg suffered in Round 18 last year. With FWD/MID dual positioning Wallis could prove to be a handy inclusion should he cement a spot in the Dogs engine room.

Scott Selwood (119) – In the same game as Wallis, Scott Selwood returned to post a massive score. He had as many tackles as he did touches (17) and it’s unlikely that he scores in the same capacity against the Power on Thursday night. He could still put up solid 90’s from here on out and is one to watch in Draft leagues.

Koby Stevens (87) – Returning to the side after a one week suspension Stevens put up respectable numbers in the Saints 50 point loss to the Swans. Invest elsewhere this week, but keep half an eye on Stevens.

Stephen Hill (69) – A quicker than anticipated return for Hill saw him turn in his worst fantasy performance of the season. In Hill’s defense the weather at Domain on Sunday didn’t suit his game style, but he’ll bounce back.

Dayne Beams (144) – Tom who? Beams posted a career high 40 disposals in the absence of Tom Rockliff after missing the last two weeks. That 144 was Beams 2nd highest score of his career and his first 140+ outing since Round 9 of 2015.

Toby Greene (84) – Not his finest night at the office after serving his two game suspension. Greene still has the potential to be a top six forward although the Giants are struggling to score big totals so far this season.

Adam Treloar (126) – Treloar was back to his brilliant best against Hawthorn after a week off. His 34 touches along with 7 tackles were a treat for those owners who were brave enough to hold him despite rumours about a groin/ankle issue.

Kurt Tippet (64) – After almost a month off and a solid NEAFL outing under his belt Kurt Tippet returned to the senior side in a somewhat lacklustre performance. We need to see more before Tippet is even considered.