The full prices and positions for North Melbourne and aflratings.com.au’s top five potential targets for 2017. 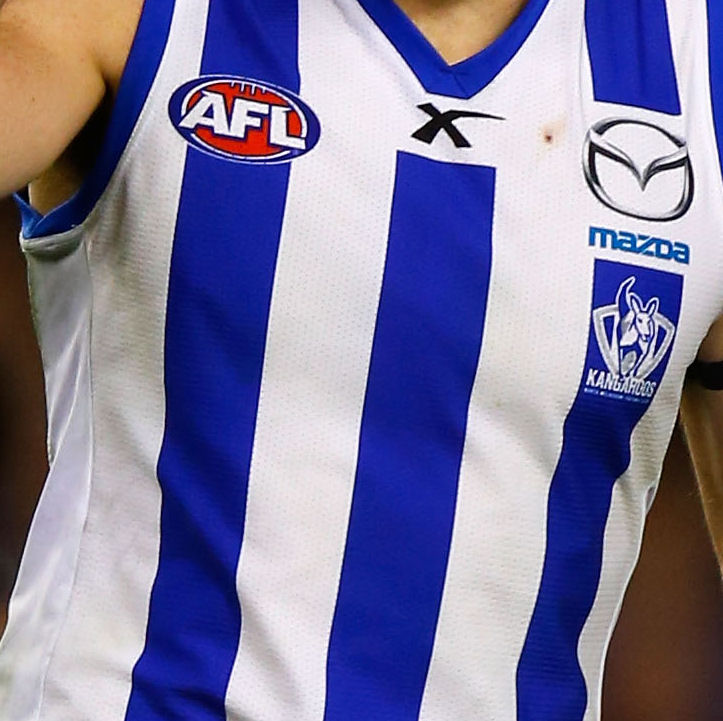 Nth Melbourne continue to struggle to provide multiple fantasy options under Brad Scott as head coach, the Kangaroos averaged 1552.5 team fantasy points in 2016 which was ranked 14th in the AFL. Nth Melbourne averaged 363.3 Disposals in the 2016 H&A Season (Rank 14), they were not ranked in the Top 3 in any week of the season. No player at the Kangaroos averaged over 100pts last season, since the start of the 2013 season Todd Goldstein and Levi Greenwood are the only 2 players to average over 100.0pts in a single season. With quite a few stars departing Nth Melbourne at the end of 2016 an opportunity for a couple of younger players to step up does exist for the upcoming season, be aware of the Kangaroos tough early schedule.

Here are 5 potential targets for Nth Melbourne in 2017

Gibson once again emerged as one of the leading Nth Melbourne fantasy options in 2016, after averaging 70.9pts in 2015 he improved to average 89.0pts last season. Gibson has a career high season average of 97.6pts (2013), since making his debut in Round 12 2012 he has not missed a game (108 consecutive games). Over his career Gibson has been able to put up a sound 32.4% S/R (Strike Rate) scoring 100pts or more, he scored a career high 149pts against Essendon in Round 8 last season. With multiple list changes at the Kangaroos last off-season Gibson might become a fantasy option in 2017, certainly worth a look at over the pre-season.

Ziebell remains one of the Kangaroos most consistent fantasy players but has yet to average 100.0pts in a single season over his 8 year career, after averaging 94.5pts in 2016 and taking over the captaincy this year hopefully he can hit triple figures in a successful season. Ziebell scored 100pts or more at a 39.1% S/R in ’16, his season highest score of 137pts came in Round 3 against Melbourne. Interestingly Ziebell averaged 104.2pts in all travel games in ’16 whilst just 88.3pts at Etihad Stadium & the MCG. Ziebell is not highly likely to be on many watch lists over the pre-season, if the Kangaroos change up the game plan to be a high disposal team then he definitely should be a consideration.

Clarke debuted in 2016 against West Coast in Round 16 and quickly made an impact racking up 21 Disposals in Perth, in his first 3 games he averaged 23.3 Disposals and 68.3 fantasy points with a season high 81pts against Collingwood in Round 18. Clarke should be on your watch list over the pre-season, if he is given an opportunity early in 2017 then he could definitely generate some good coin and points.

A knee injury mid-year was frustrating for fantasy coaches that retained the services of Goldstein as he delivered an average of just 90.4pts in his final 12 games of the 2016 H&A season, the 96.4 average was well short of the 113.8pt average he scored in 2015. Goldstein scored 100pts or more at a moderate 45.5% S/R last season, he scored a season high 149pts against Melbourne in Round 3. Goldstein will be highly owned considering his starting price at Round 1, it is unlikely the inclusion of Daw will have a negative impact but it is something to consider during the pre-season games.

After being traded by the Bulldogs in the off-season Hrovat is priced awkwardly for those considering a mid-priced strategy to begin the 2017 season, having just played 4 games in 2016 averaging 76.8pts the temptation may just be too great not to include him with the added bonus of MID/FWD DPP status. Hrovat has a career high 111pts against Sydney in Round 22 2014, having played just 30 games in his 4 years at the Bulldogs he could be a big improver in 2017 at the Kangaroos.