As the end of regular season draws near, check out the value plays of the penultimate round of the NFL for season 2015/16. 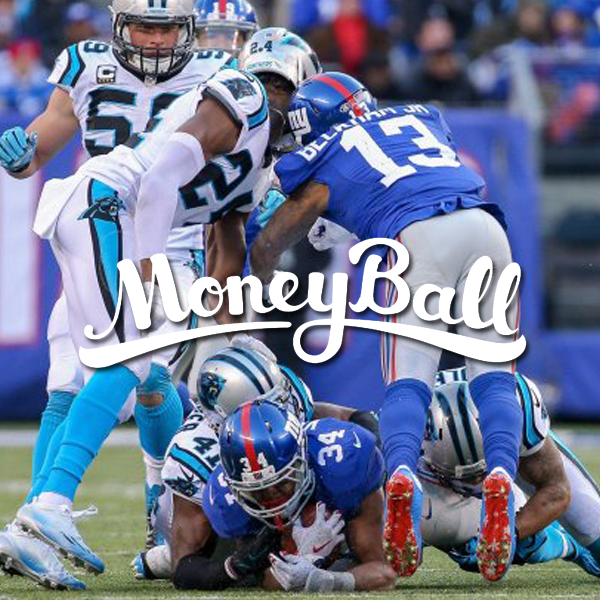 For the second week in-a-row we’ve been blessed with a Saturday (Sunday for us) game. This week we’ve got Washington v Philadelphia which I think might be quite an entertaining game considering what’s a stake for these teams. If the old Moneyball account has seen better days you’ve got a chance for some reinvestment with the guys offering two $2 contests, but they look like they’re filling quickly so jump in soon.

Jimmy Clausen (Baltimore, $5400)
Managed to put up 20 points versus Kansas City last week. If he starts he shouldn’t have a problem throwing against Pittsburgh.

Zach Mettenberger (Tennessee, $5300)
Mariota has a knee sprain so ‘Berger will start. Had 242/2/2 versus New England.

Garrett Grayson (New Orleans, $5000)
Is in line to fill the shoes of Drew Brees who is suffering a torn plantar fascia.

Bilal Powell (New York Jets, $5700)
His receptions and receiving yards have been giving his scores a decent boost.

Golden Tate (Detroit, $6800)
Megatron has gone missing recently and Tate has been stepping up with four TDs in his last two.

Kamar Aiken (Baltimore, $5700)
Had 128 yards and a TD against Kansas City, and Pittsburgh shouldn’t concern him this week.

Jermaine Kearse (Seattle, $5100)
Managed to get over 100 yards last week, despite having to compete with Baldwin and Lockett.

Benjamin Watson (New Orleans, $5900)
Has managed double-figures his last three, although Brees may sit this week.

Zach Ertz (Philadelphia, $4900)
Had his best game of the season last week, against a tough Arizona matchup.

New England ($4600)
They’ve been sack machines these past couple weeks and should be solid again this week.

Cairo Santos (Kansas City, $4900)
Should have plenty of opportunities against Cleveland.

Steven Hauschka (Seattle, $4700)
Another who should be gifted many a chance.

Randy Bullock  (NY Jets, $4700)
If the Jets offence misfires against the Pats, they’ll look to Bullock.