Finally we reveal the engine room of the writers’ fantasy teams; the midfield. 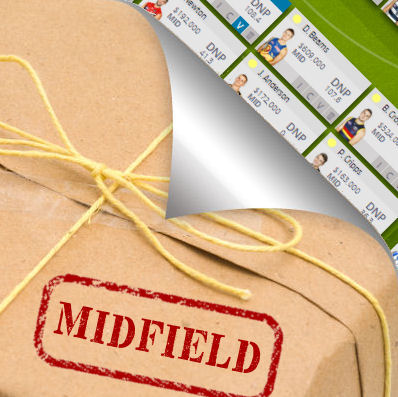 So let’s get into in it. Presenting to you, the writers 2015 AFL Fantasy selections in the Midfield.

The two most expensive players, Tom Rockliff ($763,000) and Gary Ablett ($675,000) have not been instantly locked into the writers teams. Five coaches have forked out the big bucks for Rocky, but Ablett’s price and injury interrupted pre-season has obviously kept many away, with only Jeppa & Roy backing him in from round one.

When it comes to rookie priced options, every coach has backed in Patrick Cripps ($163,000) & Aaron Vandenberg ($120,000). Keep in mind that these teams were provided more than a week ago, and before this tweet went out from Fox Sports’ Adam Baldwin.

The most expensive M5 spot goes to both Roy & Warnie who have picked Luke Parker ($585,000) and only two writers have a $485,000+ priced player at M6. The majority of coaches are running with three rookies on the field.

So what do you think? Comment below and let us know who you think has has the best midfield set up and why.