The AFL draft-style game has been around for a few years; but with the launch of AFL Fantasy Elite and a revamped Ultimate Footy, DT Talk will have you covered with everything to need to know to be successful in draft-style leagues. 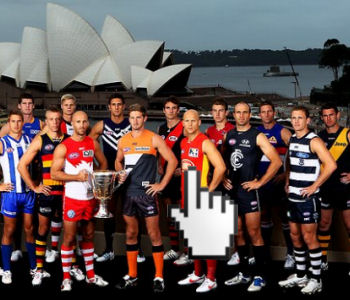 The AFL draft-style game has been around for a few years, but with the launch of AFL Elite and Ultimate Footy teaming up with The Age, it’s a safe bet to assume the format will be a lot more popular this year.

Here at DT Talk, Tbetta, Dunny, myself and others will be bringing you draft-related content all year long, so whether you’ve being playing this style for a few years or this is your first attempt – we will have you covered.

Firstly we would just like to start by stating something that may seem obvious but is sometimes forgotten in the excitement of setting up a league: Hold off on scheduling your fantasy drafts until as close to Round 1 as possible! As they say, ‘a week is a very long time in football’ and so much can change over the course of a pre-season. The last thing you want is to lose a top pick player to an injury sustained during the NAB cup, much like LeCras last season!

So lets get in to what you can expect from us over the next few weeks so you’ll go into your drafts completely prepared.

In this article we will compare the pros and cons of the two major fantasy draft competitions, giving you all the information you need to help decide which format will be better for you ad your mates.

Your leagues Commissioner or Manager is the person who will generally set up the league, decide on game format, which rules your league will play by, settle or veto any in-season trade arguments and will generally collect and hold the cash if you choose to run a cash league.

With more new players this year there will also be a lot of first time Commissioners so this article will serve as a handy reference guide to help navigate the crucial decisions.

Main Differences between Salary and Draft

Here we will go through the major differences in playing styles between the standard Salary competition and Draft.

Important differences here would be how certain players will hold a higher value in a draft system than salary – a quick example would be Trent Cotchin averaging 110 points last year while Dean Cox averaged 99. However, Dean Cox could possibly be picked higher in the draft because there is a plethora of high-scoring midfielders, but not many high-scoring ruckmen.

This article will explain the different scoring option available through Ultimate Footy and the different tactics needed to be successful.

In Category scoring, instead of your team score being based on dream team points you will be head to head with your opponent in each statistical category. Kicks, Handballs, Marks, Tackles, Total Score, Scoring Accuracy, Hitouts, Frees For and Frees Against (which works in negative) are just some of the categories in which your players can battle it out.

Here we will help you put together the perfect draft strategy so you can approach your league’s draft prepared and hopefully not panic and pick random duds when you see the draft clock ticking down!

This will be an ongoing article after each NAB cup weekend, highlighting potential players who are showing promise and could be of value in our draft system.

Also, keep an eye out as we kick off with Dunny’s upcoming piece, a small teaser into what fantasy is like for this format, with some important points you will need to keep in mind.

So whether this is your first season or not we’d really like to have you along as we prepare and enjoy this year’s Draft competitions! As always, any questions you can find us on twitter: @Tbetta9, @pkd73 and @Anthonydsmith86, or join in the conversation below!