Can Andy Bray back it up from last year? 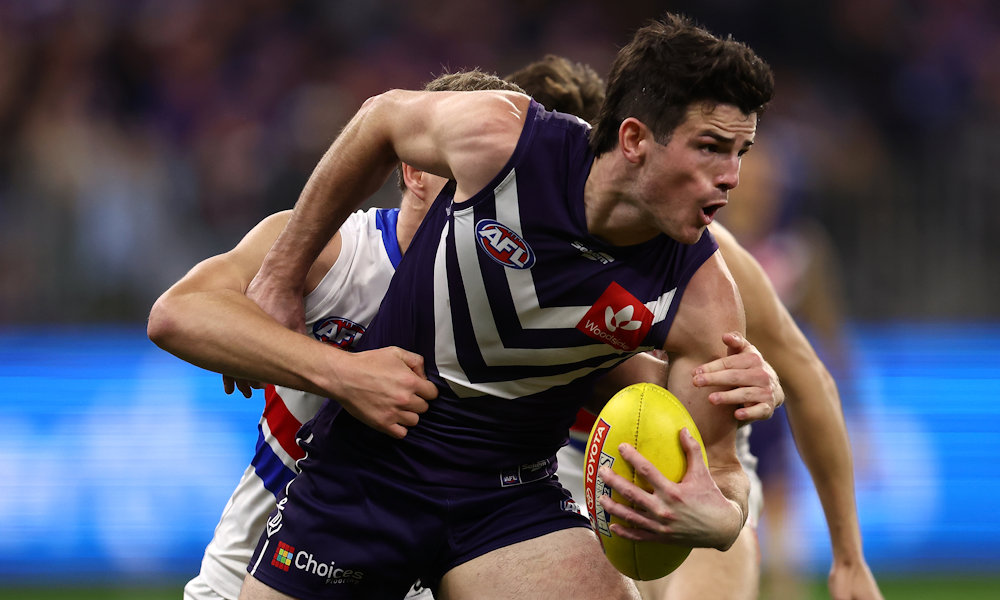 Every year the best and the not so best of us need to grab a couple or more of the top line Premo’s to start our year with. We need a pig or 2 to run out with our Round 1 team to carry the C and to be one of the set and forget guys for the year. Price is almost no object when picking these guys, but then again it also factors in as we make our final decisions and need to shave $10-$50k down off our squad to grab a mid or rook priced option we’ve come to love during the pre-season. Andy B will factor in to many Coaches considerations and rightly so. When considering a topline Mid the absolute non-negotiables for me and many others are durability, consistency and lack of that dickhead switch that might see a bloke suspended for a few. Brayshaw ticks all those boxes and is a super reliable Mid option for you who is so consistent as to be almost vanilla.

Whilst he’s almost vanilla, he does pound out the massive scores as well which keeps his flavour profile spicy enough to be fun. Last year he had 6 scores over 130 and 3 over 140 including a mind bending 181 against the Saints (and a 144 against them – no way Ross lets that happen this year I’ll bet). He can blow away teams and you’d think as he ages this would become more of regular occurrence rather than less.

I’ll get to the knocks on him in the next section but to deal quickly with one of those is the thought Brayshaw might have topped out and there is not only no growth in him this year, he may even drop away a bit. That’s a valid concern with the arrival of Jaeger O’Meara and the return to fitness of Nat Fyfe. That plus Freo being exposed by midfield units like Melbourne, Carlton and Collingwood (twice) might see a slightly altered CBA attendance for Brayshaw this year. Personally that doesn’t worry me as I think a non-CBA-ing Brayshaw will be seen on a wing and so his presence around the pill won’t be diminished. Instead it may even be enhanced as he’s used on the way out as opposed to watching the ball leave the area if he gets beat. His 2-way running is right at the pointiest end of elite and will likely be used to good effect even if he does see a CBA drop. The good effect of that could well help us Fantasy coaches. There’s also David Mundy’s CBA’s to share around so I don’t see this being too big an issue.

Brayshaw is also showing an increased ability to handle a tag. He had 3 games last year when he went over 100 whilst copping either a hard tag or a “cooler”. As a 23yr old rising Mid it’s also fair to assume he’s got some growth and development left in him yet and the physical presence of Fyfe and JOM may even make tagging him more difficult. When considering a tag there’s also the continued emergence of Caleb Serong who’s finish to last season may well make opposition coaches shift their defensive focus to him rather than Brayshaw.

Whilst Brayshaw is reliable and consistent and potentially still has some growth in him, he’s not at Pig status and yet he’s the number 2 priced player in the game this year. As a potential Pig but not one yet (Pig-lite?), it suggests value might best be grabbed elsewhere. When you look at the names cheaper than him it makes for juicy reading. The queries raised above re CBA’s and new faces also have substance to them. Fyfe will play a bit forward as will JOM but Freo coaches have raised CBA effectiveness as an issue so what the mix looks like for Freo in there is a query worth watching. Brayshaw’s CBA mix may drop and if the speedier options are preferred on a wing then that could well impact on Brayshaw’s scoring.

He also has shown he can be tagged. He’s had some good showings when tagged or cooled but he’s also had some poor ones. He finished with 96 in Derby 1 last year but that was because Simpson took off the tag when the game was gone and Brayshaw smacked out a 60 point second half. In Derby 2 he was held to 78 because the tag stayed all day. He also had a 78 against Sydney and a quiet half against Port when those opposition coaches decided to apply a clamp and keep it. Tagging may hurt his scoring on occasions, and those occasions may increase now Freo is a recognised threat so the option remains to wait until he has a quiet day as a result of a cooler or tagger and then grab him after the price drop.

Brayshaw won’t let you down if you grab him, he’s a King+ just not yet an Ace for mine. He’s got the potential to whack out massive scores for you and you could leave the C on him all year and rarely be upset by it. At 23 his chances to increase his average are almost as much as to see a drop. As a potential future Captain his role in the Freo team is unlikely to suffer to any great extent which hedges the risks identified slightly. However, he’s top priced and a potential for increase tags and the revised midfield mix at Freo is why I set his predicted average range at a 10 point swing and that’s enough to not quite give him the Ace.