Bails has a look at one of the top DEF options this year. 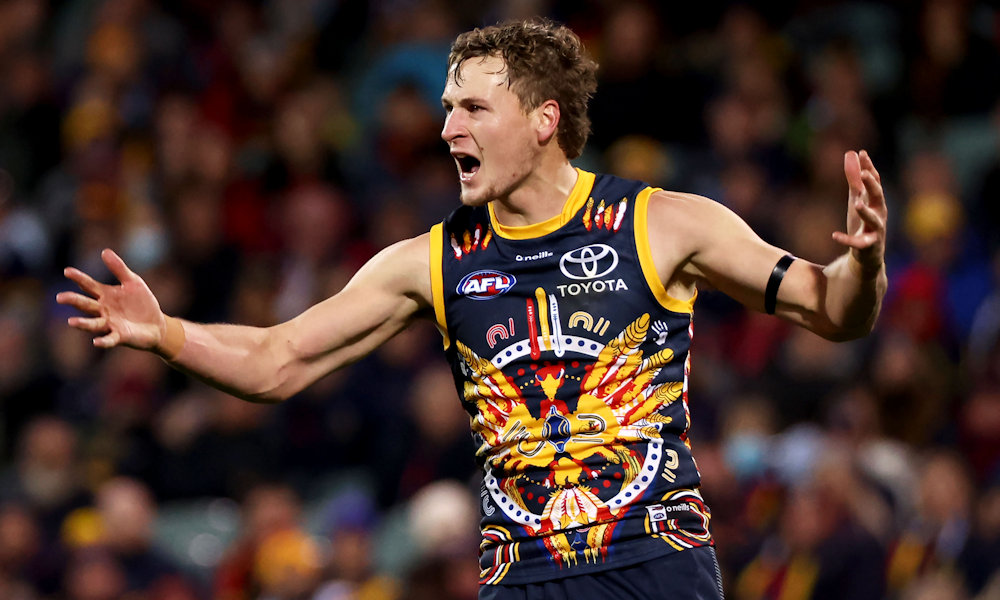 Jordan Dawson had a fantastic season on many fronts. He was not only a great signing for a rebuilding Adelaide Crows side, but he also had a breakout season where he went from a player just a level below the top 6 defenders, to being a clear top 3 defender last season along with Sam Docherty and Jack Sinclair. He started a bit slow, with only a 23 point half in the opening game, but showed signs in the 2nd half of that game with 52 points. And from there, he didn’t look back. From round 2 onwards, Dawson only had 2 scores below 82 (76 in round 17 vs Hawks with Maginness tag and 67 in round 23 vs Port Adelaide), showing his consistency, but also his ceiling with scores ranging from 82 to 129. But it was from round 7 onwards that he really hit his straps. He only went under 100 on 5 occasions, averaging 106.5.

Being priced at around 101, could there even be some value in a guy that was a top 3 defender last season? He will be the main distributor and kick in taker in Adelaide’s backline, which is great role to have for AFL Fantasy. Not only that though, but as we have mentioned in previous season, you want to be finding value in the players you select in your starting team, but you also do want  some of these high priced guys as you do need scorers, and the aim of the game is to try and have the best 22 scorers in your team by the end of the season, we at least close to it. With that large portion of the season where he averaged 106.5, he showed that not only could he be a top scorer in defence like in 2022, but there could also be some value with him, which is what people want to find in almost every player in their starting squad, and Dawson could have that.

There are 2 small flags I would raise with picking Jordan Dawson in 2023, role switching and tag risk. We saw in a few games last season where Dawson was switching roles, playing as a midfielder early in the season, then switching between half back, wing and even pushed forward when Adelaide were looking for a goal. This is an issue because if we paying up for these premium defenders, we want to be certain of their role and if he is always switching, that could be an issue for his scoring.. Dawson did settle down back for the majority of the 2nd half of the season so I don’t see it being an issue, but just something to note. The other risk with picking Dawson at a hefty price tag in defence is the tag risk. From my memory, he was only heavily tagged once against Hawthorn, but after having such a great season with the Crows, will the tags be more frequent? They could be, and that is why it needs to be mentioned, but I think he showed he can beat a tag.

I feel like Jordan Dawson is in between a king and a queen selection, but I bumped him up to a King selection. He has all that you want in a starting/top line defender, the role, the consistency and the ceiling. Even though there are the two small flags I mentioned, I don’t see those being huge issues for him in 2023. I plan on starting with Jordan Dawson in my own side, but things can change in preseason so he is at least in the squad of 250 players for me ahaha. At this stage, I see him being a top 3 defender once again, and a great starting selection in your AFL Fantasy side. If not you will definitely want him in your side by the end of 2023!