We’ve all got Will Ashcroft in our teams, right? 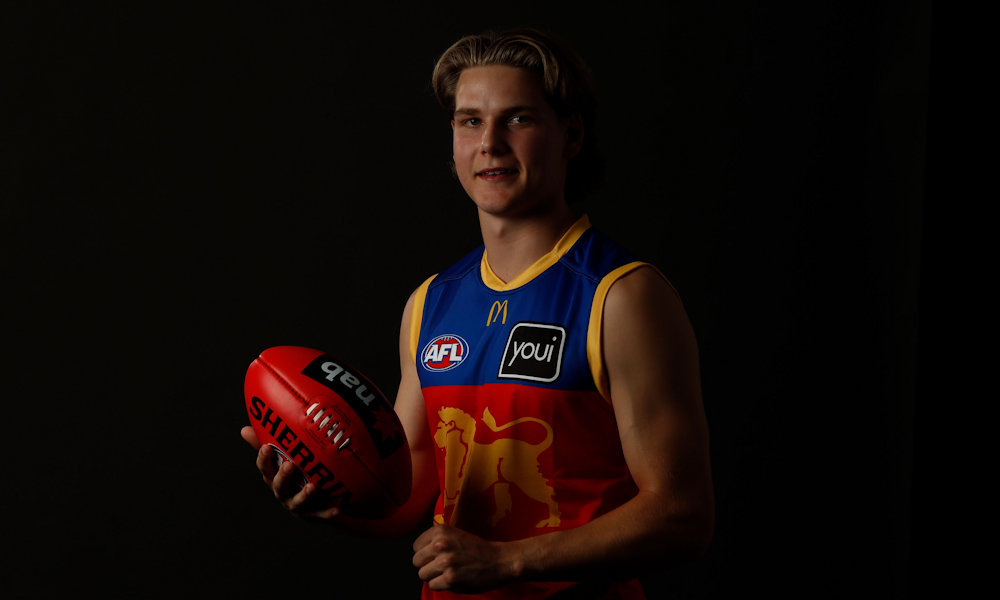 In years past producing Deck of DT articles, I’ve put forth the case to select first-year players like Hayden Young, Sam Walsh, Nick Daicos and Izak Rankine, just to name a few. I feel confident saying Will Ashcroft can be better than all of them in year one.

Currently the most popular player in AFL Fantasy Classic, Ashcroft arrives in Brisbane with plenty of expectations. His dad, Marcus featured in over 300 AFL games with the Lions during their dynastic run at the start of the 21st century, which allowed the club to select Will as a father-son prospect in November. It became evident as the year progressed that Ashcroft was going to be drafted by Brisbane, which allowed him to get a taste of senior footy before he entered the draft ranks.

Across his three appearances with the Lions’ VFL team, Ashcroft averaged an absurd 27.3 touches alongside 103.3 fantasy points – an encouraging sign as he gears up for his first pro season. It’s good to know that Brisbane’s new No. 2 pick can compete with bigger bodies, and there’s a chance he features in 20+ games for the Lions in 2023 while playing a number of roles. I can’t see Chris Fagan and the rest of Brisbane HQ robbing him of opportunity and leaving him at VFL level, with his flawless skillset bound to be an asset in their quest to capture another flag.

Before he put his hand up as a VFL fill-in, Ashcroft was busy establishing himself as the standout player in the NAB League competition. A 149-point effort against the Western Jets (with 51 disposals if you don’t mind!) was just one of his jaw-dropping stat lines from his 14 appearances, with the new Lions cub averaging 117.9 points fuelled by 34.5 disposals and almost five tackles a game. He spent his final junior season honing his craft as an inside accumulator with immaculate skills to match, now the only thing left to do is to showcase those traits on the big stage.

Ashcroft is a name you’d likely heard of before the draft arrived and AFL Fantasy coaches would’ve been keeping tabs on him throughout his final junior campaign. The only thing getting in the way of an 80+ average this year is health, with Ashcroft set to challenge the likes of Nick Daicos and Sam Walsh for the best fantasy rookie season in recent memory.

I’m not trying to be a smartass here, but I don’t see a legitimate reason to start the 2023 AFL Fantasy season without Will Ashcroft in your team.

I understand he’s a rookie and job security tends to be an issue with young players, however, there shouldn’t be much concern in that area with Brisbane eager to unleash Ashcroft. He won’t see as much midfield time as he did in his days with the Sandringham Dragons, with the Lions’ engine room fully stocked thanks to the addition of Josh Dunkley and mainstays like Lachie Neale, Jarryd Lyons and Hugh McCluggage. Still, Ashcroft will likely earn some minutes in the guts and attend a handful of CBA’s to keep his scores ticking over.

Because he dominated the juniors we all expect a seamless transition into AFL footy, as the rigours of stepping up a level may be harder for Ashcroft than we think. Theoretically, he could end up bouncing between the one’s and two’s all year and fails to live up to the hype, but I think it’s fair to assume that he’ll serve his role for AFL Fantasy coaches as a cash cow without too much worry.

One of the most important players to own this year, Will Ashcroft is a certain starter for your team. Much like Nick Daicos last year and Sam Walsh a few seasons prior, there’s a scenario where Ashcroft stays in our side for the entire season – providing he adds FWD status at some point. Regardless, there’s no denying that the Brisbane rook is going to be a crucial cash cow in 2023 and I expect his ownership to exceed 50% by the time lockout arrives in mid March.

FOLLOW ME ON TWITTER: @SportsbyFry for all things AFL Fantasy (and more)! Feel free to hit me up with any questions you have throughout the season. Got something to say about the Deck or AFL Fantasy in general? Join the conversation and use the hashtag #AFLFantasy.