How much upside is there for The Bont? 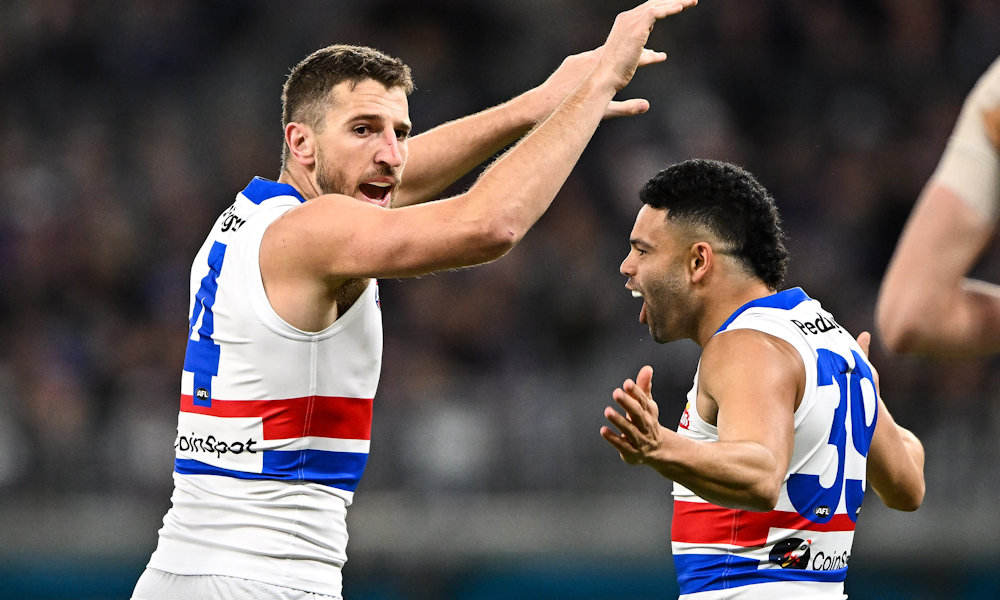 THE BONT had a slow start to 2022, playing a mixed role with niggles, stints forward and a missed game in Round 8. He still managed to put up 94.4 with 54% CBAs up to his injured week off. Upon return, his CBAs bumped slightly to 60.3 and his scoring jumped to 103.6 to finish the year.

Marcus struggled early in 2022 with multiple niggles, some that weren’t spoken about outside of the Bulldogs for weeks. Whilst still being able to play out 7 games early in the season, he was clearly hampered and couldn’t play to his full capabilities. As cliche as ‘burning up the track’ is, it’s a phrase you would like to hear early in 2023 for someone who plays like Marcus. Any news of a niggle or slightly interrupted season and that’s all we need to put a line through Bont, even though, given his track record, he’ll likely play through.

Although Dunkley’s departure could benefit, it could just as easily hurt Marcus’ ceiling. Across the last two seasons Bevo has been more than happy to spread the CBA load evenly between 5-6 mids.

Do the current mids all receive a bump in CBAs after Dunkleys departure? Or will Bevo play with the mix and throw in another mid?

THE BONT is well and truly ‘King of The West’. If the consistency isn’t enough for you and you’re looking for 5-10 points upside in a starting pick then THE BONT could be your man. If there’s news out of the Kennel that Treloar will be a full-time halfback, or the Dogs will move forward with a smaller midfield group, then THE BONT’s average without Dunkley is hard to look past.