Jaiden wanted to work out what went right for him to win his draft league last year. 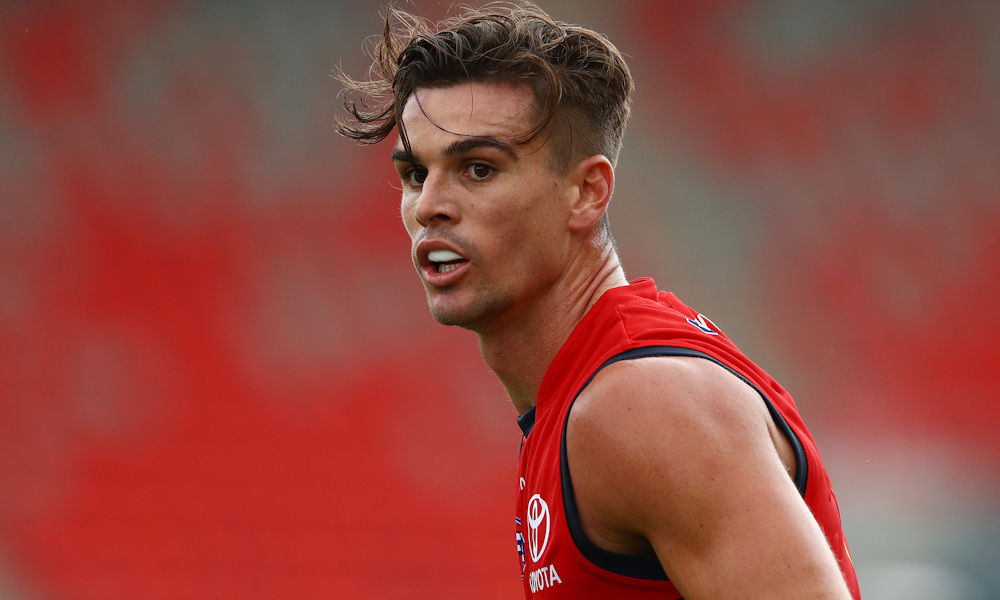 We’ve had a good look at each player in detail over the preseason and practice matches. Ahead of my own draft, I am thinking about my strategy and who to target. The pressure is on because your season can be over if your top picks underperform or get injured. But what if we completely eliminated this option? What would the perfect AFL Fantasy Draft look like? Every player taken at the right pick – no more failed seasons wishing you took a different player. So who goes at pick 1 in the ‘perfect’ draft? Steele… or someone else? I’ve completed an analysis based on the 2021 season and every player’s output.

The nature of the draft game-mode is that one bad pick can ruin your season. Average draft position (ADP) is a good indicator of where the fantasy community pick certain players. If we compare players based on total points, and position them against the average player, we can see how well us coaches drafted in 2021:

In draft, the idea is to maximise the total points you get from your pick, because every player is unique. By the previous chart, the higher the player the better – which means Jack Steele should’ve gone at pick 1. He is followed by Jarryd Lyons (#2), Touk Miller (#3), Jack Macrae (#4) and Tom Mitchell (#5). While this draft order seems simple, all of these top picks are midfielders. It is not the ‘perfect’ draft order, yet. To find this, we need to look at players from other positions to fill our entire team. For this analysis, I will use the common draft league standard team of 3 DEF, 4 MID, 1 RUC, 3 FWD. As interchange players can be any position, I will not pick interchange players because if we draft perfectly, we don’t need bench cover.

When ranked by 2021 total points, midfielders make up 14 of the first 16 players. This is problematic because we need all positions to be filled. If my first four picks are top-tier midfielders, my other lines would struggle to hit tons. This explains the draft strategy of many Fantasy coaches. In 2021, Gawn and Grundy had the top two ADPs despite them being rucks and scoring less points overall than midfielders. They were taken high because the quality of rucks drops off quickly.

To assess where each player should have been taken, we group them by their position and compare how well they performed against the others. For example, how well did Jake Lloyd fair against other defenders? Using a 10-team league, we have 30 defenders that need to be selected. If we compare Jake Lloyd’s total points compared to the 29 others, we see that he scored 272 points more than the average defender in this group of 30.

Repeating this for every position (30 DEF, 40 MID, 10 RUC, 30 FWD), we get every player’s relative performance against everyone else in their position. Rory Laird is now the ideal pick 1 as he is so much better than the average defender. This is great to hear because I had him last year!

Taking players based on their total points difference in the chart above (higher the better) yields the ideal draft order for 2021 (hindsight heroes activated). Here is what the perfect draft order would look like, featuring lots of non-MIDs early on:

Using the standard snake-order draft, we can fill the 10 teams based on the perfect draft. Teams took the best player they could fit into their team with every pick. All teams are within 335 points of one another. This range could be smaller if there was an even number of rounds so that each team had equivalent picks in the draft. Without looking at the rank of each team, it is quite difficult to predict the winner due to the balance of each team.

What can we learn from this? If everyone drafted optimally, the best non-mids went very early. Team 4 filled their midfield with their first four picks, but ended up with the worst ruck. Team 6 took 3 FWDs straight away, but ended up 9th (albeit by a small margin). It should be noted that the teams were not changed all season and total points (not averages) was used. Other high-averaging players including Whitfield, Neale, Dunkley, and Danger weren’t drafted in the perfect draft because they simply didn’t play enough. Team 7 finished last on total points, but actually had the best player averages out of any team. If Callum Mills played every game, Team 7 would win overall. There is such a fine line between winning and losing when everyone drafts perfectly.

If you prefer a more visual output of the perfect draft to apply to your own drafts coming up, here is where each position was taken on average. Generally, we can see that rucks are taken consistently through the draft, midfielders are taken early or late, defenders and forwards are taken more in the middle.

Don’t be afraid to take non-mids early! Why take the 5th best midfielder with your first pick when the best defender is still available? I think the best strategy to employ is to fill each round of the draft with a team’s worth of players. The first round was made up of 2 DEF, 4 MID, 1 RUC, 3 FWD, which is as close as we can get to a full team’s worth of players. I won my 2021 Draft League and I gave all credit to Touk Miller, but after this analysis, I now praise Rory Laird, Jack Ziebell and Isaac Smith for getting me over the line. Data is taken from the 2022 AFL Fantasy Draft Kit Spreadsheet, with player positions (start of season) taken from the 2021 version. Thanks for reading!