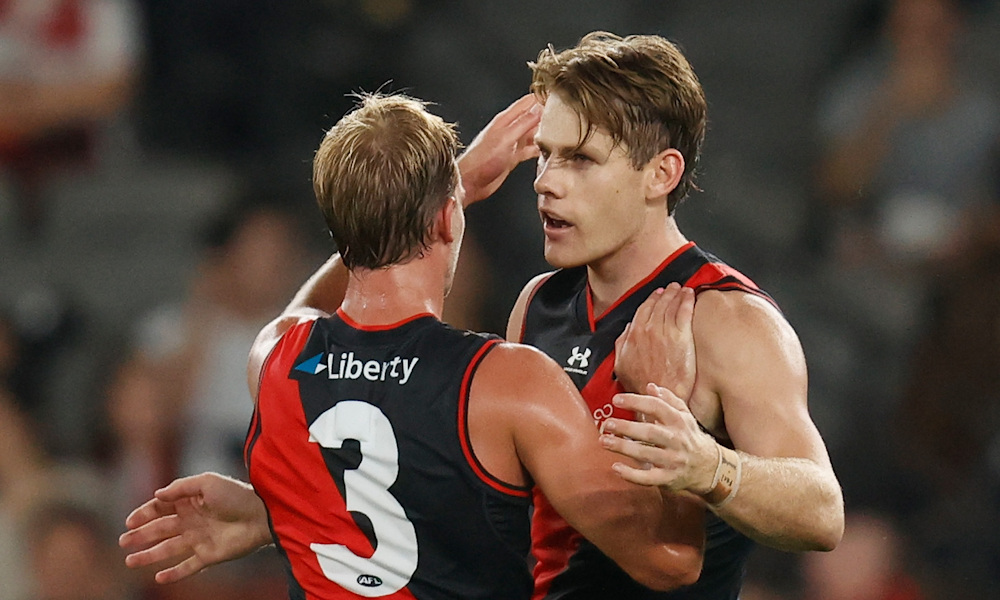 Let’s not talk about the result… well, there’s not a lot to actually talk about in this game if I’m being honest. Really felt like one of those pre-season going through the motions game. The scoring was spread with only one player scoring a ton and just seven over eighty. Time on ground was limited for some key players and with some players missing, it wasn’t exactly a best 22 hitout for both sides.

Anyway, in the tradition of fantasy footy research … let’s read a whole lot into it that we probably shouldn’t.

Dominated the first half before sitting out from the main break. Merrett would have had a 120+ game had he played it out, racking up 18 disposals, 4 marks and a tackle for his 62 from 45% time on ground. While he was a mainstay at the centre bounces, you could see that any rotation for him will be to the back half. Won’t be enough for DEF status, but most likely a better Fantasy role than if he’s having to rest forward.

Scored 79 form 77% TOG. He’s a gun. He’s a midfielder. We should expect more of the same in 2022. I think that 105 he’s at is fair and although Shiel (managed, even though he was named as emergency) was missing, he was going at over a PPM so all is sweet. Second round Draft selection, an upgrade target in Classic.

Was the big winner when Merrett rested. Scored 67 of his 98 points in the second half, as his CBA usage increased. Caldwell had 75% TOG. Again, no Shiel – or Stringer, but he was used significantly more through the middle in this match compared to that praccy game a week or so ago. Caldwell was around a lot of stoppages and had double figure contested possessions and a handful of clearances. I’m still not sure on picking him. Definite value, but is it enough? I took Caldwell late in a draft the other day with some hope he might gain FWD status. Not sure that will happen either.

Took 5 of the Bombers’ 9 kick-ins (Cutler 2, Hind 2) and played on for all of them. Missing Jake Kelly probably showed a little as he may not have been freed up to do all he wanted, but a solid game with a game-high 8 marks. Don’t think he’s a Classic option as he’d need to take that 80 to well into the 90s. Definitely draftable around that 86-88-ish average range for me.

Playing a full game Kaine Baldwin (FWD $190k) might be a marking forward they could go with in round one. The 2021 SSP took three marks and kicked a goal for a score of 52 (80% TOG). Certainly won’t be a high scorer, but maybe a heartbeat on the bench. Nick Martin (FWD $190k) came on in the second half and played off the wing. He racked up 16 touches, 2 marks and 3 tackles. In the presser after the game, Rutten said that he’s a chance for round one. Put a line through Ben Hobbs… he didn’t hit the ground.

We all know what a gun he is when Ryder isn’t there. He top scored with 101 from 81% TOG. Only had the 18 hitouts (compared to Wright 17, Draper 24 … and supported by SSP Hayes with 4), but had 17 kicks, 7 handballs and 5 marks. Massively aided by 6 free kicks for. Ryder is battling an Achilles issue, but who knows when he’s back – could need everything to go right for R1 – but it’s there in waiting. Marshall was a 26 point better player last year when Ryder was out. I don’t think you can do it.

DON’T READ ANYTHING INTO YOUR PREMIUMS’ PERFORMANCE IN THE PRE-SEASON … however … the price tag may make you think twice and look for a better ‘value’ option. He was going throught he motions, scoring 86 from 82% TOG. Hit his main stat lines with 8 marks and 5 tackles, but only had the 20 disposals. I’ve been super-keen on him being my M1, but with lack of rookies coming through, it might be someone else.

Worth a look in draft as he’s played every game of the last three seasons (this surprised me tbh). 28 disposals and 5 marks off half-back was a great return for a praccy match.