The Sun big man is returning from injury, but will he be ready to shine from round one? 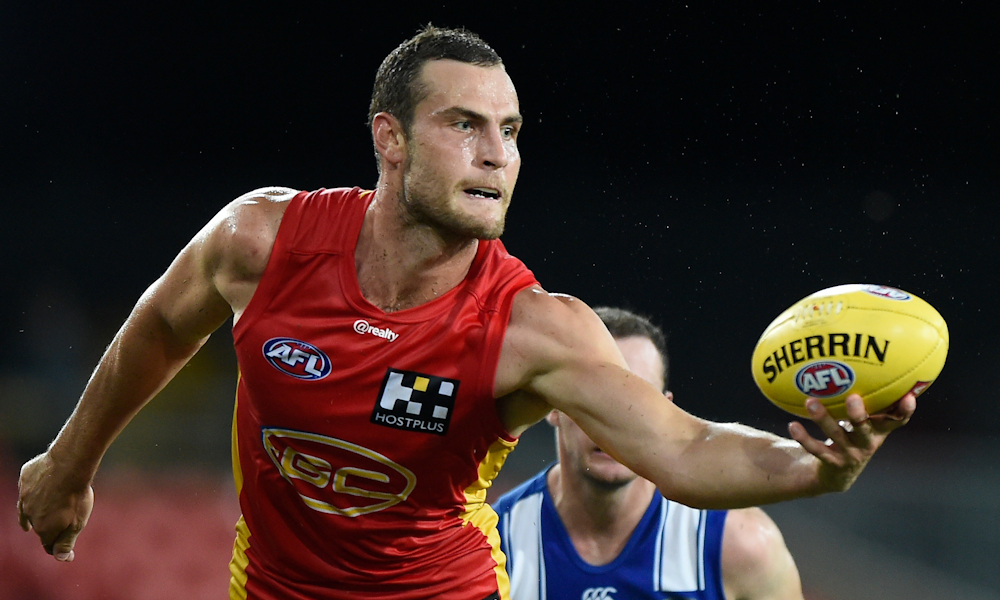 A move from the Pies to the Suns back in 2017 was the making of the big man as he entered his fifth year in the system. After recording a career high 71 in his early years, he didn’t waste any time showing his class, improving his average to 92. Ever since, he has been considered a premium, averaging over 90 for three years straight with an elite career high of 104 in 2019.

In that year, he was phenomenal, recording numbers that you would expect from Max or Grundy. He absolutely dominated in the hit out department, recording over 50 on seven occasions and believe it or not, he topped 60 three times with a season high of 69 which he converted to a thumping 154. He was basically doing a bit of every thing, averaging 15 possessions, three marks and four tackles over the course of the year but it was after the bye he really turned it up another notch averaging 112 after round 14, with a low score of 97 in that time.

His value is undeniable given he is priced at an average of 68. Last year he started the season well with 83 against the Eagles before pumping out an impressive 110 against the Roos with 19 touches, three marks, four tackles and 33 hit outs to show he still has the ability to mix it with the best big men in the game.

Coming back from an ACL is tough on anyone, let alone a big guy so his pre season will need to be monitored closely. Given it is widely considered to be a 12 month recovery from such an injury, he may not be ready to fire from the get go given the injury occurred in round three of 2021.

One of the reasons he set the world record for hit outs in a season was because the Suns give him sole responsibility and we saw why that happens after the got smashed in the middle once he went down.

That brings me to an important point, there is no way they want to rush back a such an important player and give him a huge workload from the start. That’s why there is every possibility Mabior Chol (RUC, $507,000) either gets the nod to run solo early in the season or they share duties which would cause a huge drop in Witts scoring potential.

Simple as this, if Witts has had a quick recovery, has a good pre season and is named sole ruck for the Suns in round one, he is an absolute lock and will remain in my team. It will be vital we keep an eye on this but the decision will be made for us depending of fitness and the Suns plans with Chol. The only quotes I could find from the Suns re: progress and projected roles was the following: “We’ve got Wittsy (Jarrod Witts) coming back from a knee to take up the ruck again”… Sounds like he will be in the sole ruck, and “Add to that Mabior Chol to add a little bit of excitement into our program” rucks aren’t exciting, he must be playing forward and just chopping out. The funny thing is, even if I have read into the incorrectly (highly unlikely, I’m very rarely wrong), he is so ridiculously cheap that he would still average 75+ sharing the ruck duties and would therefore still be under-priced if we ignore all the red flags mentioned.