47% of teams have locked Whitfield in. Ben explores why. 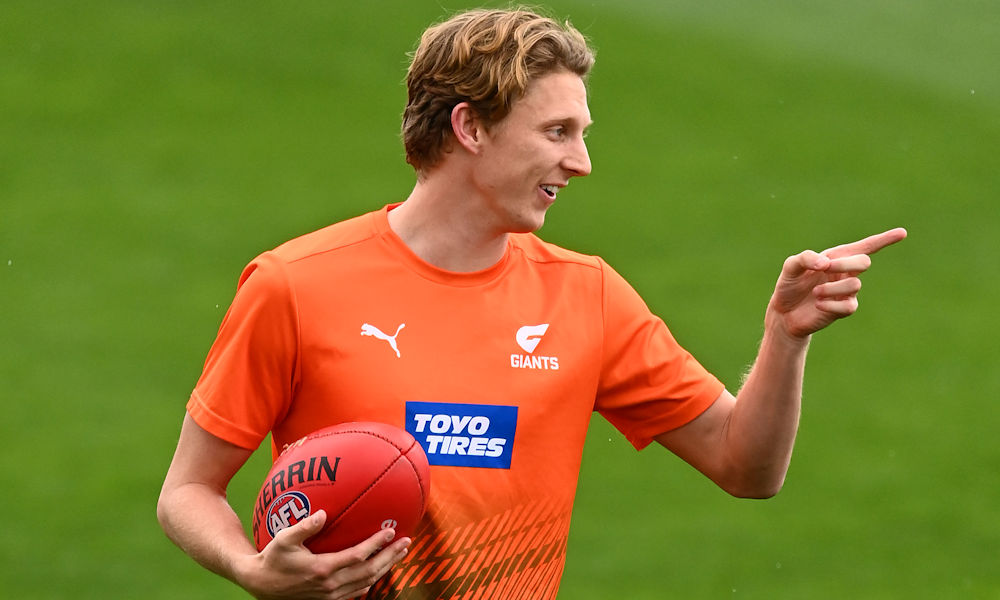 Whitfield averaged 113.8 last year but if you use your trusty CALculator to remove the injury-affected 39 in Round 6, he would’ve averaged– wait a second. That was 2019, sorry.

Whitfield averaged 108.0 (BCV) last year but if you use your trusty CALculator to remove the injury-affected 10 in Round 3, he would’ve averaged– hang on. That was 2020. Getting closer!

Whitfield averaged 94.8 last year but if you use your trusty CALculator to remove the injury-affected 28 in Round 17, he would’ve averaged 99.8. There we go!

That means he’s five points or $42,000 underpriced straight off the bat. It also makes him the fourth best defender available, leapfrogging Stewart, Rich, Lloyd and Docherty.

But another reason you should pick him is his massive ceiling. Remember when he scored 190 points against Carlton in 2019? He’d be a handy option for the VC with the rolling lockouts this season. Even just looking at 2021, he scored 110+ eight times including the finals.

Lastly I’ve always loved Whitfield’s role. If you’ve ever seen him play live, he basically roams around the ground wherever he wants racking up marks at will. I once saw him mark the ball at half back, kick, run up the MCG wing, and then mark and kick again in the space of 10 seconds.

As I alluded to above, Whitfield is injury-prone. But not only that, the injuries often strike in-game when it hurts the most. It was a heavily corked thigh in Round 6 2019 and concussion in Round 3 2020 and Round 17 2021. And we can’t forget the freak liver laceration that forced him to miss the first six games of 2021.

All this means that even though Whitfield will be a top six defender and a must-have by Round 23, you’re probably safe waiting for his price to plummet to save yourself a trade and at least $100,000.

And although I raved about his high ceiling before, it might be a thing of the past. His highest score last year was 132 and he’s only gone 150+ once since the 190 in May 2019. It means that he’s unlikely to burn you with a monster score early in the season if you don’t own him.