Are we just excited about Dawson of the back of the 158? Trent investigates. 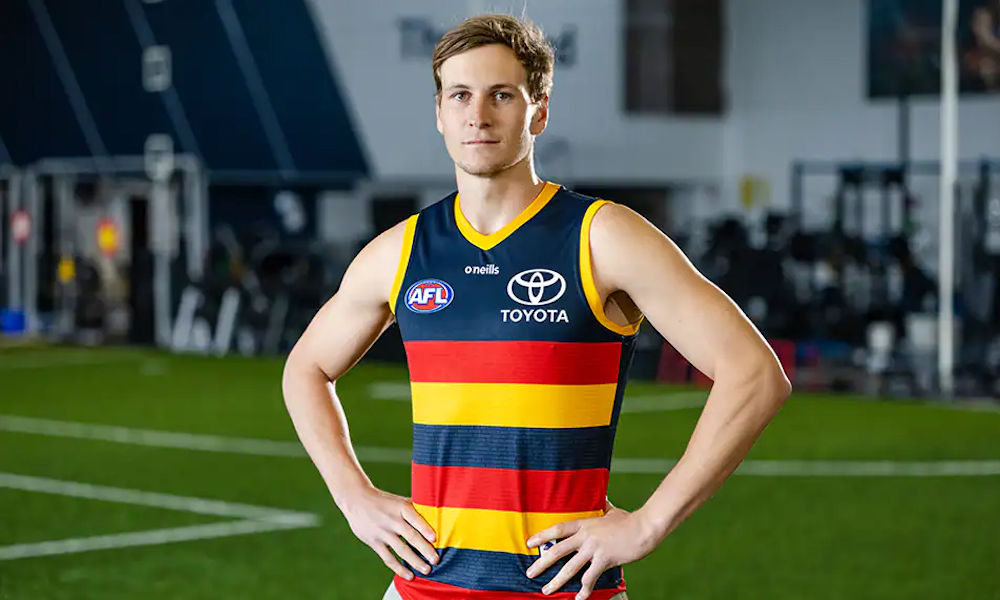 One of the golden rules of fantasy is to pick a defender who is playing in the midfield, someone like Callum Mills from 2021 or even Jack Crisp.  The reason is two-fold, first their 2021 average and therefore price will still have defensive fantasy numbers in it (like Dawson playing off half back for the first half of the year) and the second is they should rise in scoring to at least match their move to the midfield during the season.

Jordan Dawson fits this perfectly, although the numbers are not as impressive as first hoped, but they still tell us there is hopefully some fantasy meat on the bone. Dawson’s overall average is 88.9 with his last 5 game average being 103, which sounds impressive, but it does include the 158 v the Suns. His last 10 game average is 91 when he was mainly a 60-40 split between the forward and defensive half.

Between Rounds 1-9 Dawson fluctuated between 50 and 105 with that 105 being his only 100 when he was at half-back. After Round 9, his lowest score was 69 and he scored 4 100’s when he played on the wing.  In other words, Dawson like many half-back flankers and wingers has a high degree of scoring fluctuation, but on the wing the lower scores are higher than the lower scores when at half back and the same for the higher end scores. Therefore, I think his last 10 game scoring pattern at the Swans will be like what he does at the Crows if he plays on the wing, namely volatile scores but an average between 91-95.

A positive for Dawson is that he is not quite the flash in the pan that his back-end scores make him look like.  He averaged 66.1 in Coronaball, but 82.1 from half back in 2019. Dawson knows how to find the ball wherever he’s playing and by being injected into the midfield there will be more opportunity, especially with Fremantle and Collingwood in Rounds 1-2, and then the mouth-watering wing-off against Duursma and Butters in Round 3.

Also, the Crows under Nicks have increased their midfielders time on ground. Prior to Nicks, many a midfielder was capped at 80% TOG, but under Nicks the overall TOG has increased for the running players. And hopefully, Dawson’s scoring can increase to a similar level to Paul Seedsman (98).

Like stats, stats and damn stats where you can use them to say almost anything, Jordan Dawson does not have quite the longevity of scoring we would want from someone already priced at 88.9. The meat on the bone could be 10-points, but it could also be 2, and he could begin with a few lower scores, and you could get him a bit cheaper.

As mentioned with TOG, Dawson’s TOG from his time at the Swans is high, so for him to increase his last 10 game average of 91 to 95 he is either going to have to tackle more (not likely), score more (even less likely) or get more contested ball (not likely) or get more 6-point kick-marks. Dawson, for 2022 could be that player who like Daniel Rich in previous seasons is destined to average between 85-90. In other words, Dawson already does most aspects of his game well, and therefore will need to increase his possession average from 22.3 to 25 in order to increase fantasy scoring.

The other reason to watch Dawson closely is the sheer reality that in 2021 he was largely allowed to wander around on the wing in the second half of the year; he was not tagged, but now that lethal foot is the Crows weapon to kick inside 50. He has signed the large contract and he now faces the pressure of being an important player in a not-so-great side whose main weapon will need to be curtailed by opposition clubs (think when Brodie Smith used to get a tag and his score plummeted).  You are not bothering to tag any player in the Crows midfield, but Dawson if he gets off the chain will acquire the tag.

Jordan is a Jack for me at this point. He sits in my side at D2 because many of the defenders at the top end do not represent a lot of value and at least there might be a minimum 2-point uptick. If Dawson is lined up in the Community Series loitering on a wing across from Seedsman than he becomes an almost lock unless a similar priced player has an obvious 5–10-point upside (I am thinking of you Jordan Ridley).