Hindsight is a wonderful thing. Baked Beams looks at how you could have won AFL Fantasy Classic by 6,574 points. 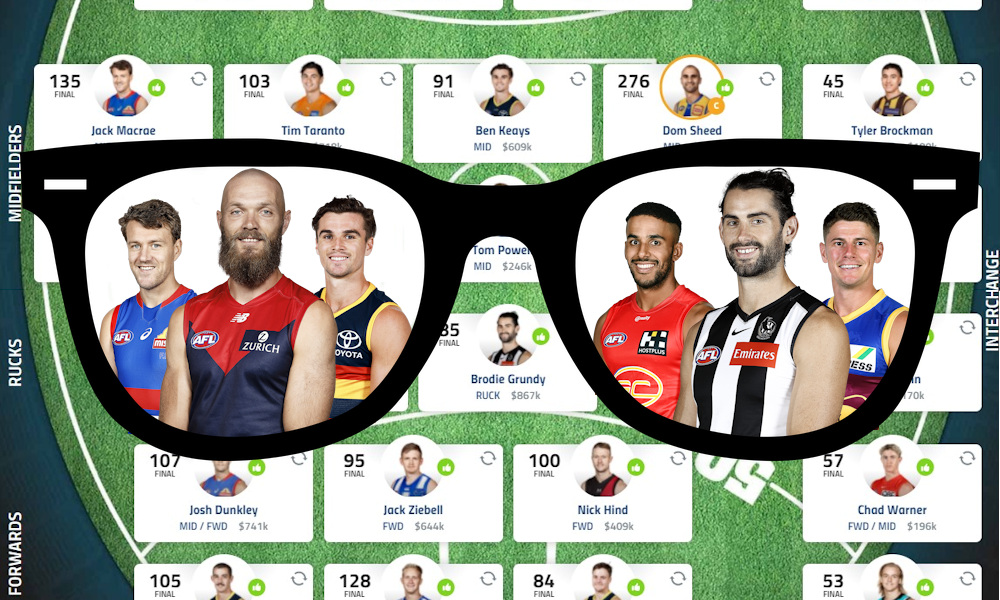 If you picked the following team at the start of the year and made appropriate trades, you would have won AFL Fantasy by 6574 points. 6 and a half thousand. Along the way, you would pick up the round prize 20/23 weeks for the highest scoring team (including a massive 2902 in R20 and 2847 in R23), the others being rank 2,3 and 241 and have a team value over $3mil more than the actual highest, at $22.6mil. And to top it off, your bank is empty after all trades.

1. Rookies are vital. Apart from early rounds, almost every week the team had everyone on the bench playing. This allowed for maximum cash generation, and cover for when things go wrong. Of course, with hindsight you can field rookies over premiums, but even without the benefits are huge with a full bench.

2. Chase value. The premise of this team is basically inflating the team salary to a point where you can do whatever trades you please. Chasing cheaper options who will make buckets of cash like I.Cumming, T.Walker, C.Jiath are all key factors to this team succeeding. Most of the time they were only 50-100k more than a fattened rookie and when trading, were only 50k off an uber premo themselves.

3. Sideways trading actually works. Only 13 genuine upgrades happened over the year, opposed to 19 sideways trades. You often get criticise for doing too much sideways trading, but the strategy works. Obviously hindsight makes it easier to say this, but it has merit.

4. Set and forget ruckman strategy is best. Sacrificing the salary cap for 2 reliable rucks worked well, as it allowed trades to be used for other more important issues.

So, there you have it. A team 6574 points ahead. As mentioned earlier, sideways trading carried this team through.

Having only 13 genuine upgrades you would think would make it hard to have almost everyone $650k+ on the bench, but those sideways trades from rookies to value picks made the difference.

Only 4 players were not traded out of the team, Macrae, Keays and the 2 rucks, Gawn and Grundy. Miller came in round 2 so you could count him. And for some fun, Zorko was traded in, out and back in again due to form/suspension. Overall, 74 different players were used.

A tribute to Tom Rockliff
AFL Fantasy open for 2022