A tribute to Tom Rockliff

Our beloved Fantasy Pig, Rocky, announced his retirement this week. 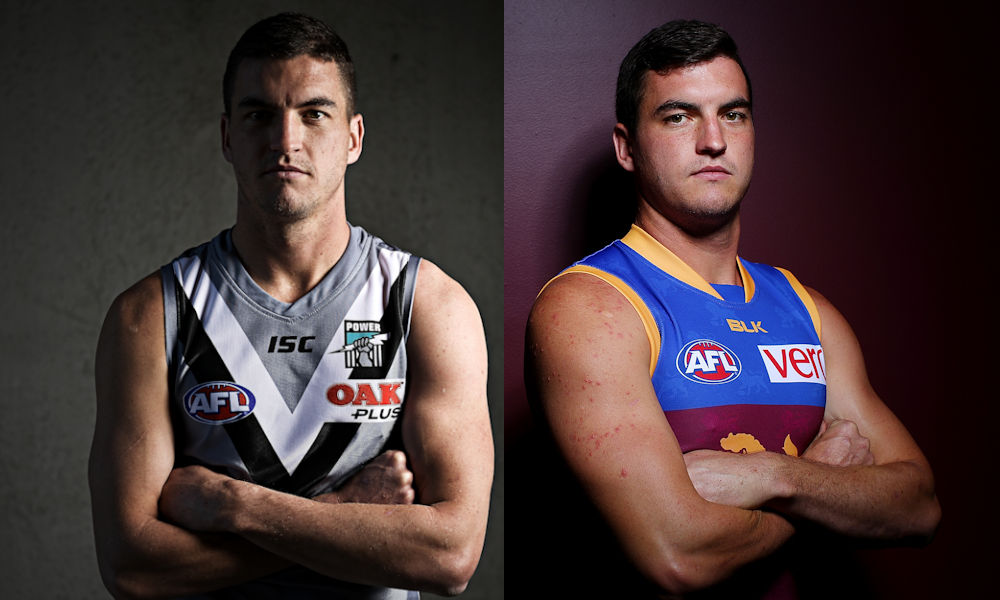 Tom Rockliff may retire from the AFL as a 200-game player and a former club captain, but in Fantasy footy, he played way more games and captain a heap more teams over his career.

Rocky was picked up by the Lions in 2008 via the pre-season draft from the Murray Bushrangers.

In Rockliff’s draft year, he was the leading goal kicker in the TAC Cup with 43 snags from 15 H&A games with an extra 16 in his three finals appearances. His average of 23 disposals and three goals per game for Murray was the highest by any AFL player at the time.

Fantasy Freako after being drafted: If you believe in Moneyball then watch him. Not athletic but a natural footballer. Can he play the modern game? Only time will tell.

He played just one game in his debut season (around 50% game-time) for a score of 23. In the QAFL that season he was named in the best 11 out of 17 games.

2010 is where it all started. Getting the call-up in round three, he collected 23 disposals, seven marks and two tackles for a score of 87. From his starting price of $101,000 in Dream Team, he finished valued at $367,200 playing all but one game after cracking into the side.

Rocky was one of the best cash cows that season with his FWD status despite playing midfield.

The third year breakout was real with a 112.1 average making him the fourth highest averaging player for 2011 behind Fantasy mainstays Dane Swan, Scott Pendlebury and Matthew Boyd. Behind Rockliff was Sam Mitchell, Gary Ablett and Marc Murphy.

Towards the end of the 2013 season, Rocky’s pig-like games started to come to fore. Tackling was a big part of what he was about, averaging five for the season… but it was from round 16 when he laid 11 against the Roos that he became a must-have for the last few rounds. In that game versus North Melbourne, Rocky racked up 134 points which started a big run that saw him average 123 for the final eight rounds, including 140 in the R23 Fantasy Grand Final.

This put him on the radar as an under-priced starting pick in 2014 as he would be priced at 103.

Roy opened up the pre-season Deck of DT articles that year with a piece on Rocky and he was a popular selection for round one. While his round one score was a modest 96 and ended up missing in round two, he bounced back to score 10 tons in his next 12 games to be averaging 125 by round 16.

He was eventually inducted into the AFL Fantasy Pigsty in round 18, off the back of a career-high 190 against the Suns. He joined Dane Swan in the pig pen based on his epic numbers which included more than half of his games producing scores of 130 or more with four 150+. It didn’t end there with 110, 180, 165 and 154 to finish his season. Unfortunately he didn’t play in round 23 but with a record price, at the time, of $760,600, coaches were able to move him to whoever they wanted for the Grand Final.

The 2014 season was epic. I have vivid memories of Rocky chasing down the original pig’s record Fantasy average of 133.5 from 2012. Swanny was referred to as a pig for a few years prior informally before we called him an official pig around about 2010-2011. Both pigs had their best seasons playing 18 of the 22 games, but an average is an average! Rocky pipped Swanny in his last game of the year thanks to the 154! Amazing scenes (for the record, Tom Mitchell holds the record for most Fantasy points scored in a season when he racked up 2842 in 2018 playing all 22 games).

While he never hit the heights of that massive 2014 season again, Rocky has always found himself a member of our Fantasy teams over the next few years.

2015 was one to forget if you paid top dollar for him from the outset. A score of 0 due to an early concussion in round five against the Suns (many had him captain that day) saw his price plummet. He was injured a few weeks later that would see him out for over a month and had just one Fantasy ton to his name and a season average of 78.

Rocky’s move to Port Adelaide wasn’t great for his Fantasy numbers, but for those who took a punt on him to finish the COVID-affected 2020 season were handsomely rewarded.

We love Rocky. He was a champion Fantasy footballer and gave us plenty of highs… but what we really loved about him is how genuine he is as a bloke. Rocky would always have time for us. We first interviewed him in 2011 and met him a few times. He’d jump on the podcast whenever we’d ask and was always up for some fun. We were even his player sponsor at the Lions in 2012!

Some of the (many) highlights include:

The list could go on… so I did a twitter search to see some other stuff we’ve got up to over the years.

Rocky – you are a legend. Thank you for everything… on the field, and especially off… we’re proud to call you a mate. Looking forward to having a beer with you as soon as possible!

Good to see @AFLFantasy gurus @WarnieDT and @RoyDT down at Captain's Run for a chat with @rockwiz38 🏉🐷 pic.twitter.com/0XoIL7vrxt

For #AFLFantasy coaches considering looping Barlow's 124, be warned! @rockwiz38 was snapped on the way to training pic.twitter.com/paUstTuzWj

Christmas has come early at Team destROY. Looks like my boy @rockwiz38 has signed his new contract #AFLDreamTeam pic.twitter.com/LewQ5syt

My loyalty to the Blues has been questioned for some reason lately. Now @rockwiz38 is @brisbanelions Captain……. pic.twitter.com/krFuEYxKE7

@WarnieDT @rockwiz38 I need that framed and on my desk! Can you send 3 next time Rocky? pic.twitter.com/QBecj4Eh

Look at our new pride and joy! It's fight night a @DTTALK, I want @rockwiz38 on my wall. #proudsponsors #myboy pic.twitter.com/6YdjztYv

What a huge honour, thanks to the @DTTALK boys!! pic.twitter.com/JtJebkmCIq

Little something in the post for @RoyDT thought the number was fitting given his man crush on @rockwiz38 pic.twitter.com/41v69w6UX3

LISTEN: @rockwiz38 on @traderadio this morning with @kanecornes talking about whether he will continue to be an #AFLFantasy star at @PAFC. pic.twitter.com/sNOGLoPsgE

Ken Hinkley had this to say about @rockwiz38 today at his presser. 🐽

Day 1️⃣3️⃣ of self-isolation with @rockwiz38 – rest easy @AFLFantasy fans, footy might be on hiatus but the 🐷 isn't going anywhere! #weareportadelaide pic.twitter.com/GmLuRoZhZG

Thanks to the 300+ legends from Adelaide for coming out last night. 💪

Huge thanks to @rockwiz38 for being part of it! The #AFLFantasy community take back their bad words I’m sure.

Thanks Tom, @pkd73 and @Lee_Gaskin1 for giving better advice than us. It was a cracking night! pic.twitter.com/UgNqfZB5Xa