2020 winner Trent Sutcliffe gives some thoughts on the rookies. 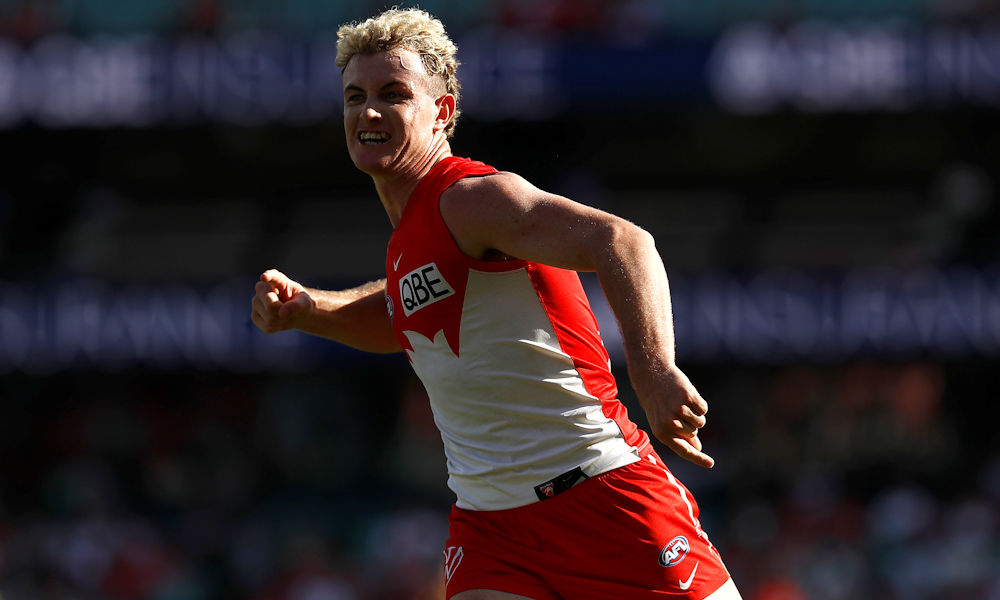 This week I’m delving into a problem we are all having and that is which rookies do I put on my bench versus which rookies do I put on my field. We all know how to sell a rookie; you get rid of them before their breakeven is higher than they’re scoring. I thought I would look at the first 4 weeks of data and see if there is any help the data gives us so we don’t end up with a spud lurking at D6 when the player at D7 might score better.

I looked at the first 4 weeks of rookie scores and split them into the following categories,

There were 49 rookies who played interstate in the first 4 weeks of the season. The average score of the rookie playing interstate was 50.77. In all these sections there will be outliers, but they tend to be the same group of players like the Swans, Flynn and the occasional blip like Cox and Robertson.  However, the scores are a little lower than some of the other categories, especially forward rookies interstate who are not Chad Warner. So, the upshot is beware the interstate rookie on ground who doesn’t play midfield or ruck (I grouped players by playing position rather than fantasy position).

It should strike us all as obvious that winners score more, and that is true for rookies in wins. 59 rookies at an average of 57, which is 7 points higher than the previous category and is 11 points higher than teams who loose. Rookies in defeats are 56 rookies at an average of 46.71 and this includes scores by Flynn, Cox and Powell. The Swans victories boost the averages considerably, but conversely the Bulldogs rookies have generally scored poorly. Therefore, opt for forward and defensive rookies in teams that win, unless they are playing out of position according to fantasy (i.e. Burgess at the Suns).

Rookies at home v away

60 rookies at home averaging 55 with 52 rookies away averaging 51. The difference in numbers might be explained a little by coaches dropping underperforming rookies (Kozzie) for an away game whilst giving a rookie a game at home (although Martyn played for a 26 at Port). Therefore, if you had a chance to cull a rookie, it is better to do it after a home game and before an away game, especially an interstate trip. This is true as we start to consider culling rookies in rounds 5-9 who are reaching their breakeven.

The Hawthorn rookies might be good for a week more whilst the end might be nigh for Meek and H. Jones. I will look seriously at how many rookies on ground from Collingwood, Fremantle, Essendon, and even Port Adelaide I field on ground. So, even if L. Jones is picked, is it worth picking him and Bergman (I know it is against Carlton, so if you think Port win then you might go for both, but there is a danger).

McCreery at Optus would not be a buy this week nor if you have him, to start him on your field, whilst if the Bulldog rookies retain their place at least they are at home, although I’d be going Robertson over Scott on ground.  The Essendon rookies didn’t score that well at Sydney, apart from Cox, but the unicorn played on the wing and everywhere else on the eastern side of the ground where the ball almost lived for the entire game. Wingers and players on the other side like Campbell and Blakey plus Langford, Smith and Guelfi could have caught pneumonia. So, I’ll be backing against Waterman and Jones., whilst Robertson if named, at home, might be a shot.  Adelaide rookies are back home and hopefully Rowe might be a better F6 than Bergman even if he plays as he travels to play Carlton at the MCG.

Rucks at the SCG

Something I have noticed is the SCG is a graveyard for ruck scores. Hickey 67 to Wright’s 49 and Hickey 57 with two goals to O’Brien 48 and on both occasions, half their scores were nearly hit outs. Unless the Ruck is hitting the scoreboard they seem to be bypassed in general play. Flynn plays at the SCG this week.  Maybe his score will be higher if Mumford plays, and he gets to drift forward rather than try and find the ball around the ground.

My current plans after a double downgrade last week are to go Daniel to Jones and any rookie not named to Tom Mitchell. Scored 1944 last week and ranked 1104. My other option if all rookies named is a double upgrade, which you could do if you have a bit of cash from last week. For example, Phillips via DPP to Treloar and Daniel via DPP to Mitchell. I am not convinced Daniel will end up to D1-6 defender and I am reasonably confident Phillips won’t be a top F1-6 Forward. Good luck everyone! In coming weeks, remember to look at your bye strategy, if you are like me you are starting to accrue a heap of players who have the Round 12 bye.