Who are some players that should be watched this season. 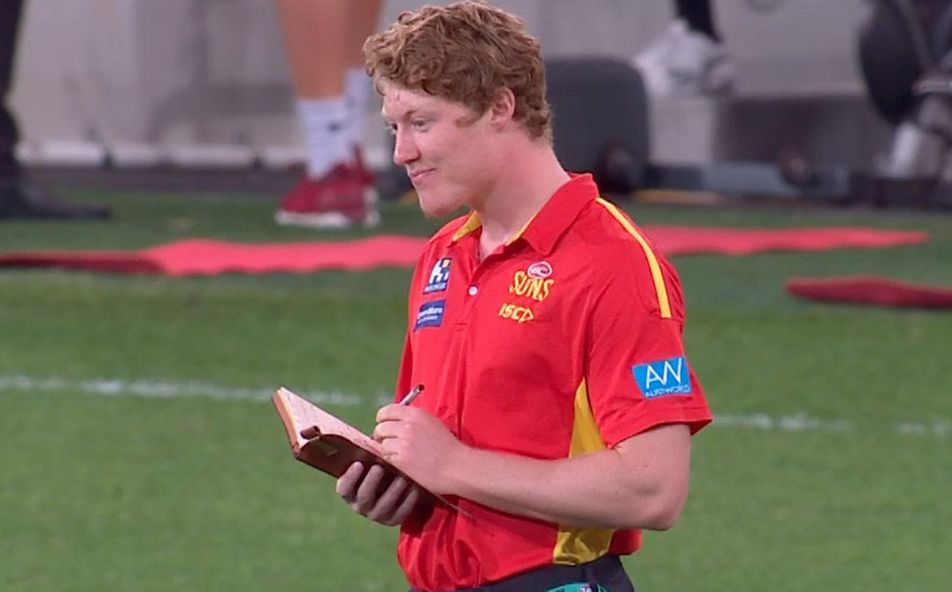 With the 2021 AFL season nearly upon us and Fantasy Teams across the country being finalised in preparation for round one, we wanted to take a look at some of the players to look out for in 2021, both in terms of your Fantasy picks, but also the names we are excited about watching this season.

The 21 round season will kick off on Thursday, March 18 with Fantasy managers around the country making final tweaks to their teams, closely following pre-season form and hoping to find the hidden gem that few managers have selected at the start of the season.

There are of course some standout performers who will be the first name on many Fantasy manager’s team sheets. The players you not only love watching but the ones who deliver points for your team, both on and off the field.

Below are a handful of players we are excited about watching in 2021 – the ones that are most likely to get us out of our seats and the ones that will hopefully bring the entertainment factor to the AFL this coming season.

He was the leading goalkicker for the Lions in 2019, earning all-Australian honours as well as polling votes in the Brownlow Medal count for the first time.

One of the first names on the teamsheet for Fantasy managers across the country, Nat Fyfe is a dual Brownlow Medallist and someone who is supremely exciting to watch. Ahead of the new season, it’s not clear whether he will spend more time in the forward line or the midfield, however wherever the Docker’s captain is deployed, he is sure to bring excitement and plenty of Fantasy points.

Last season he led Fremantle with an average of 21.4 disposals per game and his all-round team play helps to free up time and space for those around him to thrive. Betway currently has Fyfe as the second-favourite behind Lachie Neale for the Brownlow Medal in 2021.

Last season, Fyfe amassed 1,054 Fantasy points at an average of 75.3 points per game.

Here is a player that is sure to have created plenty of debate amongst Fantasy managers this season. Matt Rowell has so far played only five games in the AFL. He was the outstanding man of the match performer in three of them.

Considered a generational talent by many, expect 2021 to be a breakout season for Rowell and if he can stay fit and healthy, the Suns will be hoping he can lead them to a first-ever finals appearance.

Rowell was the number one pick in the 2019 draft and Suns fans will be looking forward to Rowell getting more pitch time in 2021 and building on the great start he made to his career at the end of last season.

29-year-old Richmond Midfield/Forward Dustin Martin is already well on his way to becoming an AFL hall of famer. With three premierships to his name already, as well as three Norm Smith Medals and a Brownlow, Martin is one of the most popular picks for Fantasy managers, thanks to his consistent performances, fending off opponents or drilling 40m field kicks.

Martin captained the club for the first time last season and despite some ill-discipline, you wouldn’t be surprised to see him given the armband again at some point this season. As always, Martin is one of the favourites for the Brownlow Medal this season making him a popular pick for the Fantasy draft as well.

Last season, Martin scored 1,508 Fantasy points at an average of 75.4 points per game.

Last season was an outstanding year for Port Adelaide, claiming the minor Premiership. Charlie Dixon was at the heart of that title-winning team, consistently impacting games, kicking 34 goals in 18 games.

The big question for Port Adelaide is whether Dixon can carry that form into the 2021 season. He finished the 2020 season with a disappointing performance in the finals, kicking just one goal in each of the two finals appearances – so there is definitely room for improvement.

That being said, Dixon still amassed 1.025 Fantasy points at an average of 56.9 points per game and did enough to warrant his inclusion in Fantasy lineups for the coming season.

Whether you decide to pick consistent performers or up and coming rookies in your Fantasy team for 2021, you need to balance the books. Some of these stats come at a hefty price tag and you will need to unearth some hidden gems if you want to top the tables off the field this season.

Premiums to Start With
Visolate’s PODs – Chic and Unique