Should you start with the most popular player in the game? 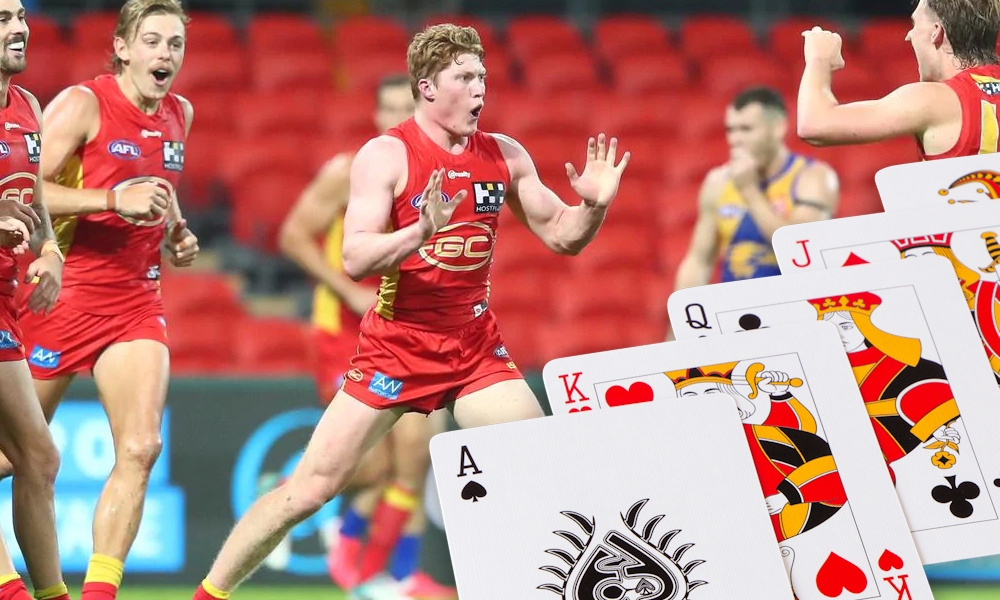 Every season there’s a player gifted to us by the fantasy gods, and this year it’s Matt Rowell.

But now to the even juicier part.

Now I don’t think Rowell will average 110 next year, but 105 is incredible value. Heck, he’s a must-have even if he only manages a ton.

If you’re one of the 51% of coaches who’ve picked him, you probably knew all of this already. But if you’re not, get him in ASAP!

I’m going to be grasping at straws here, but here goes.

Rowell injured his shoulder in Round 5 and underwent surgery in July, and past history says his tackling numbers will be down this season. Just look at the pig Tom Rockliff, whose fantasy scores plummeted after multiple shoulder reconstructions and only bounced back years later when he’d completely recovered. Rowell averaged 6.5 tackles from his 4 full games, but those 26 points a game could be in jeopardy.

A hard tag is also a concern. Rowell is clearly Gold Coast’s best midfielder and he’s sure to cop more attention this season. Geelong tagged him in just his fifth game, and it’s worth pointing out that he was injured halfway through the first quarter but had only managed a kick and a handball. He won’t have free reign ever again and will rely on his fellow midfielders to provide some protection.

But this still isn’t enough to prevent you from picking him. Maybe you don’t think his tank will cope with the 20-minute quarters? Or you’re banking on another injury on 0 points to impact 51% of the competition?

All else I can say is that you shouldn’t pick him if you’ve won two cars already and want a challenge, or you reckon it’s well and truly #PreussSZN and want Braydon to be the most selected player this season.

Don’t be silly, just pick him.

Take a risk by fading somebody else if you have to, but not Rowell.

He’s priced at 75 and is excellent value if he only manages 100.

105 is a conservative estimate, however, and will see him rocket up more than $200,000 before season’s end.