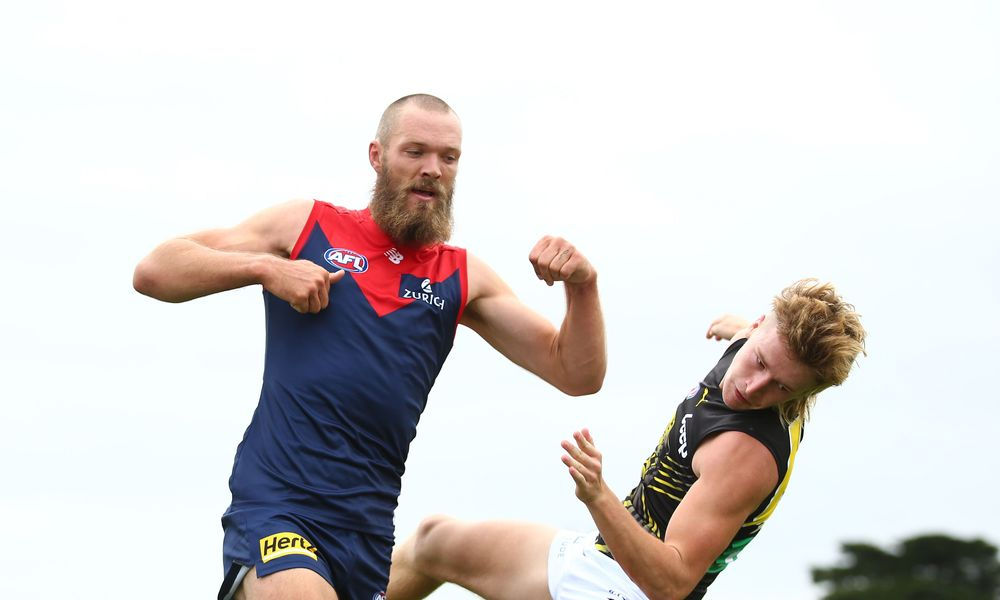 A very solid free flowing see swaying game out at Casey today with some standout fantasy relevant players and plenty of rookie potential. A see sawing mostly free flowing game. Demons had their outs but got the chocolates against a pretty strong richmond side. Could be good things for Melbourne this year. 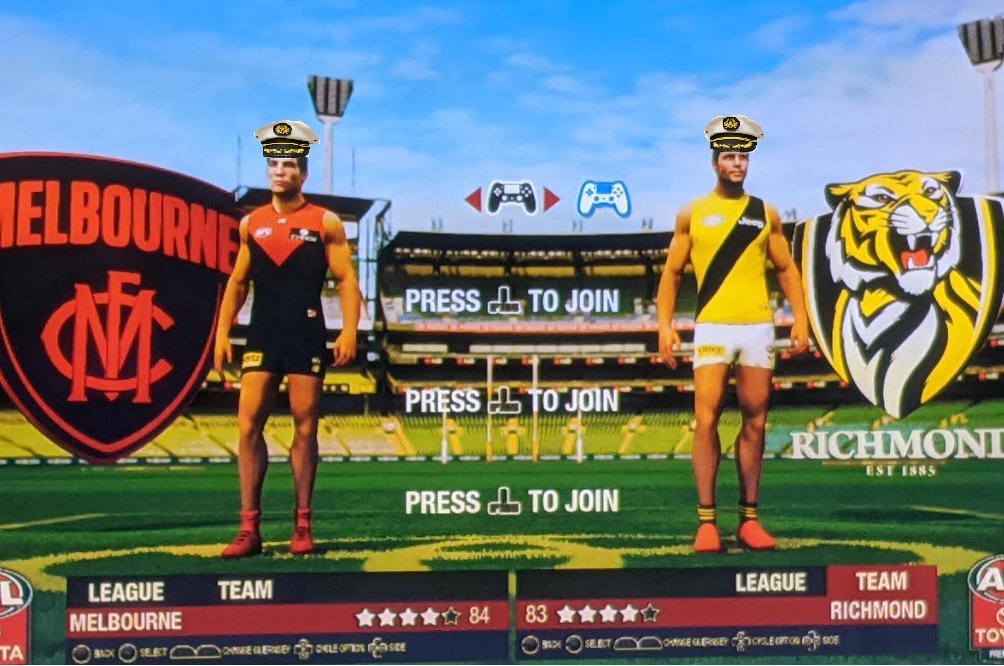 Max Gawn 944K RUCK:   Oddly didn’t play as much Ruck as he normally would. Shared it with Luke Jackson, but what he did do was get around the ground and take marks , forward and back , and kick goals.  Just like a PS5 he’s overpriced, he’s massive, he’s ugly, and there’s similar cheaper stuff around, but Hot Damn he’s good.

Max Gawn was in everything

Luke Jackson 321K FWD : Took a lot of ruck time off Gawn and looked more than capable around the grounds. It’s unclear whether Melbourne would play the double ruck set up in regular season, but if they do he’s one to consider for a cheaper FWD option. Almost certain to get DPP as well. Draft sleeper for sure, and a good stash at keeper.

Petracca 825K MID : Racked up possession, took a lot of CBAs and spent a lot of time up forward where he still managed to find the footy At his price there are probably better mids around, but if that role sticks, DPP is a firm possibility.

Harmes DEF 474K : Ran through the middle and looked solid. Didn’t set the world on fire but recorded 13 CBAs.  That’s enough to be up for serious consideration as a quality defensive mid pricer.

Lever DEF 441K :  Very solid in the back line, controlled traffic and took a lot of intercept marks. If he keeps this up he could be the lever you need to pull in defence.

Jayden hunts half back roll could be tasty. ( Bacon and Egg or maybe even garlic! ) . Not Bao, those are well over-rated Hot take of the day : Headbands are for winners. Hardly a hot take I know.

Jayden Hunt FWD 370K : Back to playing in his old fantasy relevant half back role and the dee’s looked for him. Seemed to finish the game sans headband, so points off for that. Old mate FantasyLew has backed him and his role too. What a scoop !

K.Chandler 321K FWD : Oddly priced for someone who has barely seen footy in years ( 1 game in 2019 scoring a 60 )  so probably not really a cow or rook. But regardless he looked at home in the forward line and kicked 3 goals.

J.JORDON 170K MID : Got some ball, looked comfortable and they reckon a good shot at round 1 ( Sauce’s say A LOCK for round 1 ! ) He attended 8 CBA although most early and seemed to fade out of the game. Probably due to Petracca and Oliver’s resurgence in the second half.

Dusty Martin : MID/FWD 713K :  Dusty looked FANTASTIC , sure it was patches of brilliance but when he was on he was something else. Back and firing in the mids with 22 CBAs and plenty of pill. They rested him late, but this coupled with the reports of his great intra last week means my team is now dustier than Cal at one of those sunday morning podcasts.

A dusty pig ? It’s not impossible

Nankveris : 556k RUCK : Obviously had a lot of CBAs and did most of the ruckwork. Although they did throw Chol – RUCK/FWD 340K ( who also did alright up fwd ) in there and he did ok. I wonder if they’ll continue with that. I dont have the hit out counts but by eye he looked to lose them a lot, even to newcomer Jackson, which would have to be a worry for his scoring if you wanted to cheap out on rucks.

Vlaustin looked very solid in defence and took a lot of marks. Short did similar except not quite to the same extent. Not confident there will be big numbers in the Tigers defence this year.

Hugo Ralphsmith / Ralph Malph  MID/FWD 170K : Looks very solid and at home at the level. Did some good things and a decent share of footy. Looking solid for round 1. There’s even talk of him filling Houli’s role.

W.Martyn MID 170k : Another one that looked good out there , picked up a few CBAs and got a good run in the mids.

T. Dow : MID 192k : They gave him a late run and he looked capable. This time last week all but Hkdos would write him off just for being a Dow. I’ve a feeling that’s changed…. Also he’s from footballing mecha Swan Hill ( home to 7 ¾  games reserves ruck great  and senior premiership waterboy N.Millar – Oh and a famous oversized fibreglass fish)  That and my dad reckons the Dow’s are good blokes, take that one to the bank.

Put Ralph in your team, and it could be happy days !

That’s all from a solid couple of fantasy days. Good luck out there everyone and maybe the @FantasyAFLGods look favourably on you.