With added midfield time, is de Goey on the verge of a 7th year breakout? 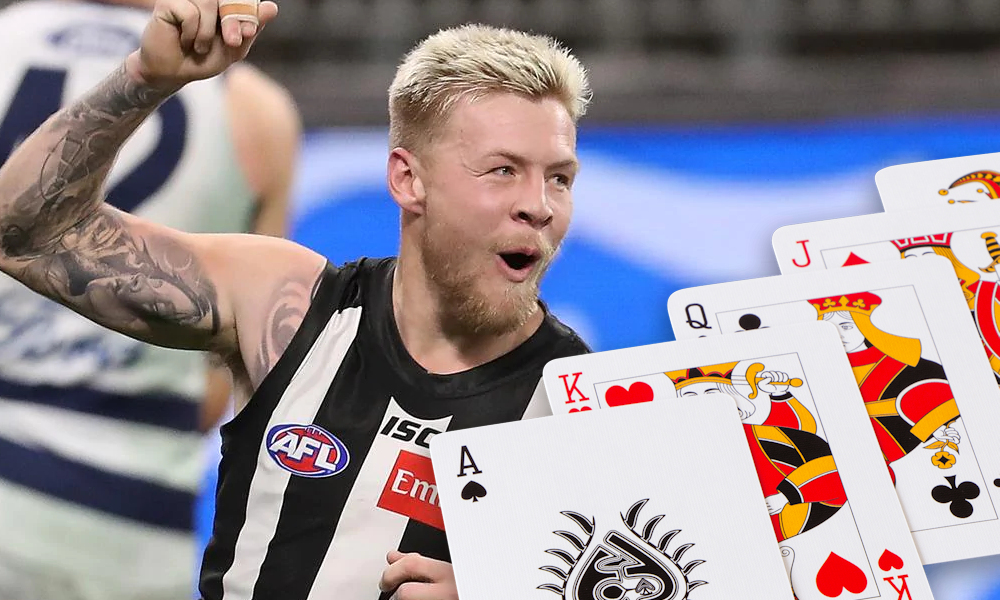 The departure of Adam Treloar has been strongly linked to the improvement of Adams, Pendlebury, Crisp or even a Sier-type. But I think there’s some definite upside for a player that’s been hot on the lips of a lot of reporters (this time for the right reasons) this preseason. Jordan de Goey.

De Goey arrived back from the off-season in the condition of his life. He’s slimmed down and looking super lean, so the rumours of more mid time are always going to follow. But there is definitely reason for the speculation. Notably de Goey was only re-signed after Treloar was traded, potentially flagging they knew they could cover the loss with the man in conversation. Collingwood have thrown de Goey in the middle in patches in the past with great results, but his fitness base hasn’t allowed him to do it in anymore than a burst. This has changed now. He’s a tough matchup for opposition midfielders, especially forward of the center.

I have it on good word from ‘Sauces’, who works internally at Collingwood that de Goey is going to playing a 65-35 Mid-Fwd split this year. 65% in Collingwood’s high scoring mids! Sauces word alone has me bullish. Let’s also consider that Elliot saw a substantial amount of mid-clock in 2020, so Collingwood aren’t afraid to chuck their goal kickers in there. de Goey is the sort of player that seriously benefits from getting his hands on the ball early, he’s a very hard player to stop when he’s on and for this reason it’s easy to see why they might throw him at the opening center bounce with Adams and Pendlebury.

Age is also a big tick here. He goes into this season cherry ripe as a 24 year old. Plus has 2 loophole rounds in the first rounds of the season.

Now the problem with being so damaging as a forward is even if you get more mid time, it’s short lived. Whenever Collingwood need a goal or a spark up forward, de Goey is too threatening down there not to play in front of the sticks. He kicked 12 goals in his final 5 games of 2020 and kicked 34 in the 2019 season. He’s a match winner.

Unfortunately for us too, de Goey’s starting price is based on a discount on his 2019 season (which was a career best) and not his 2020 average (which was his 2nd worst… After his debut season). Priced at a starting price average of roughly 79 he’s only 5 below his career best.

‘Poor man’s Dusty’, is a phrase commonly used to describe de Goey. Dusty did take 6 years to get his first 100 average season, and de Goey is going into his 7th, so maybe it’s time! Maybe this poor man just needed an extra year!

The added midfield time he will (as mentioned, Sauces has confirmed this) get this year is definitely peaking my interest. His best is genuine Fantasy elite. We could easily see a career best year out of de Goey in 2021, and I wouldn’t be surprised one iota if it come to fruition… He’s fit and firing and will have a heap of added responsibility through the guts. But what’s de Goey’s best? It’s a hard one to read as he doesn’t have a huge sample size from midfield games. But it couldn’t be bad for his scoring, right? Besides if he does go forward to ‘rest’, he’s still lethal. Could come out with 3 goals opposed to sitting on the bench.

What would we need from him? Probably a 95+ average. I can see this happening… But do you have the guts?