The door has been left open in GWS’ backline… Is it time for Isaac to Come-Ing? 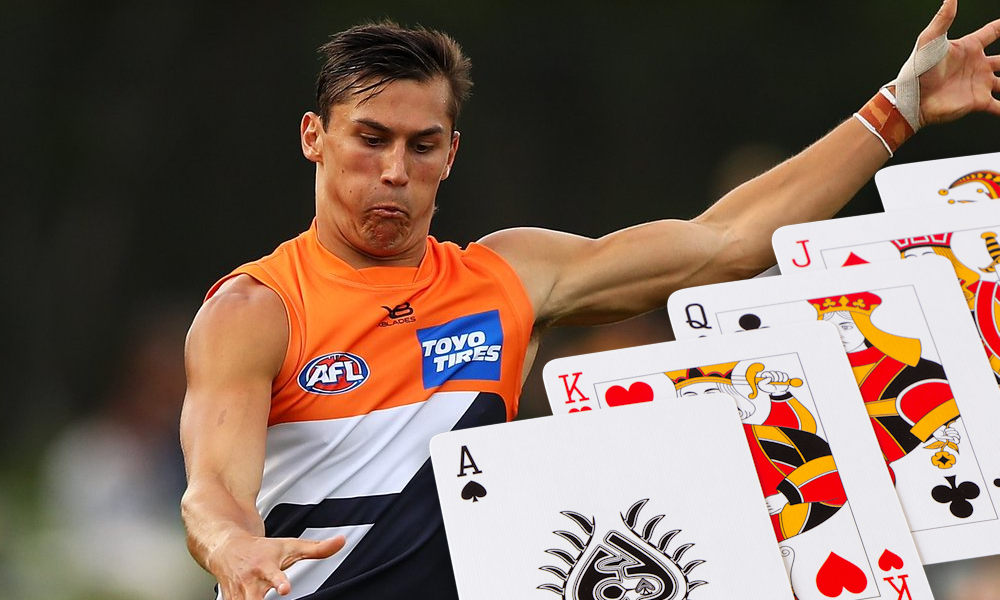 And are you ready for the big one…

Before I answer the rhetorical, let me segue into this;

I also don’t mind Isaac Cumming’s price point. Yes you could consider it awkward at $355k, but if it fails, you can jump off early and go down to a DEF rookie you might of missed and generate a lot of cash to fix another line – OR – If you needed to reshuffle a different line, he’s at a price that makes him fairly easy to jump up to last years Howe or Haynes. A player you can ride the wave of in that mid range who’s started the year strong.

At best. He might perform well enough to be that guy we hold onto until his bye which, conveniently, is first up.

Priced at an average of 46…

3% ownership is the lowest you’ll probably see it all preseason.

I’ll tempter the hype train. There is, with any player, a downside too.

Firstly, Cumming’s 2020 was derailed by a 10-12 week hamstring injury. Which is never a great sign. Soft tissue issues with a 22 yr old. Especially one who would be constantly testing his hamstring as the designated kicker.

Cumming is $355k. Priced at an average of 46, it’s hard to see him not going at least 20 points over that. And 20 points is only a 66 average. If he becomes the number 1 or 2 kick-in guy at GWS, let alone all the other stats that come along with that, he could easily push a 76 average. In what format would you not select a guy who’s 30 points under? I’m not sure. There’s still risks of course. But at $355k, I look at him as an inflated rookie with job security (and by JS I mean, I think it’s his position to lose. It’s there, he just needs to grab it), age, and role that’s worth all 35500000 pennies.