With lots of underpriced ‘Roses’ this year, is Dion being overlooked? 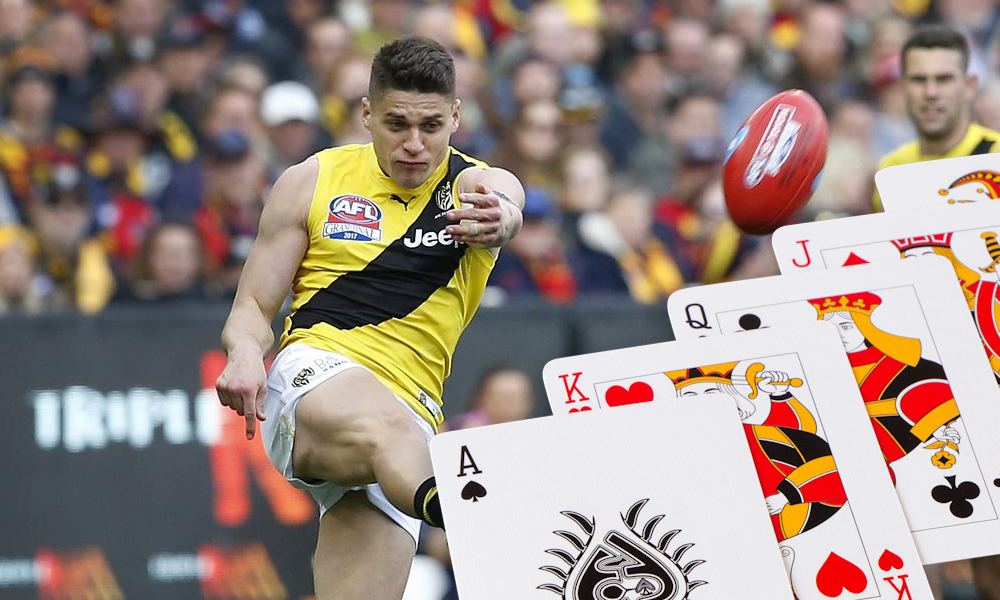 So Dion probably isn’t a name that’s been at the top of your list this preseason. And to be fair, there’s good reason for it. But I think there’s merit in the discussion. Let’s get stuck into it;

Dion comes into 2021 priced at an average of 85 due to the fact he only played the 5 games during the season. During the 5 games he played he averaged 94. Not necessarily setting the world alight but immediately that puts him 10 points a game underpriced. Let’s give Mr. Prestia the benefit of the doubt here, he started the year strong, picking up where he left off with a round 1 score of 89 (adjusted 111) before there was a longgggg break. He then landed in the hub and posted scores of 75 (94), 52 (65), 85 (106) and 77 (96)… The final game where he finished on 77 (96) was an incomplete injured game.

In 2019 (his B&F year) he averaged 99. Which now makes him 15 points undervalued from what he could be. During the 2019 finals series Prestia averaged 107 which didn’t count towards his 99 average either, which would of tipped him over that 100 mark. And now we’re talking 15+ below.

Alright alright… I’ll try keep my cool, even I think a 105 average is stretching it… But not impossible!

Let’s focus on the season ahead:

-He played finals in 2020, he didn’t score well fantasy wise after missing 3 months due to an ankle injury, but he played which is great for the injury he sustained. All reports are he goes into 2021 fit as a fiddle.

-Added bonus – He plays the first Thursday night so you have a loophole off the bat.

Prestia has only been able to play 2 full seasons over his career. In 2019 where he averaged 99 from 22 games, and the only other season he played 22 games was back in 2014, where he averaged 100. These career high averages have a strong correlation to his ability to play out a season, which unfortunately Prestia has struggled to do consistently.

Here is his career tally:

It’s the thing of nightmares for a Fantasy coach. But if you’re starting the year with him you only really need maybe half a season of a 15+ average to make it worth while. Which leads us to Prestia’s other downside… His best isn’t keeper worthy. His career best is 100 which isn’t nearly enough for a midfielder. Although I did highlight the back half of his 2019 where he averaged 108, it’s not realistic to expect that.

And finally. Richmond don’t play a Fantasy friendly game. They’re very push-the-ball-forward-at-any-cost orientated and go for a lot of 1%’er sort of plays that result in generally low Fantasy scores.

I’ll go Jack here because you could select other ‘roses’ like Sloane or Heppell or even Rowell for cheaper.

I definitely think Prestia is value here though, but it really comes down to how many games you think he can play and when he plays them. If you think he can play at the very least a full first half of the season with a 15-20+ addition to his current 85 average then he’s well worth it. I also like the fact he’s currently 2% owned as a bit of a POD.

This is a classic Risk vs Reward pick.