Is a 3rd year breakout on the cards? 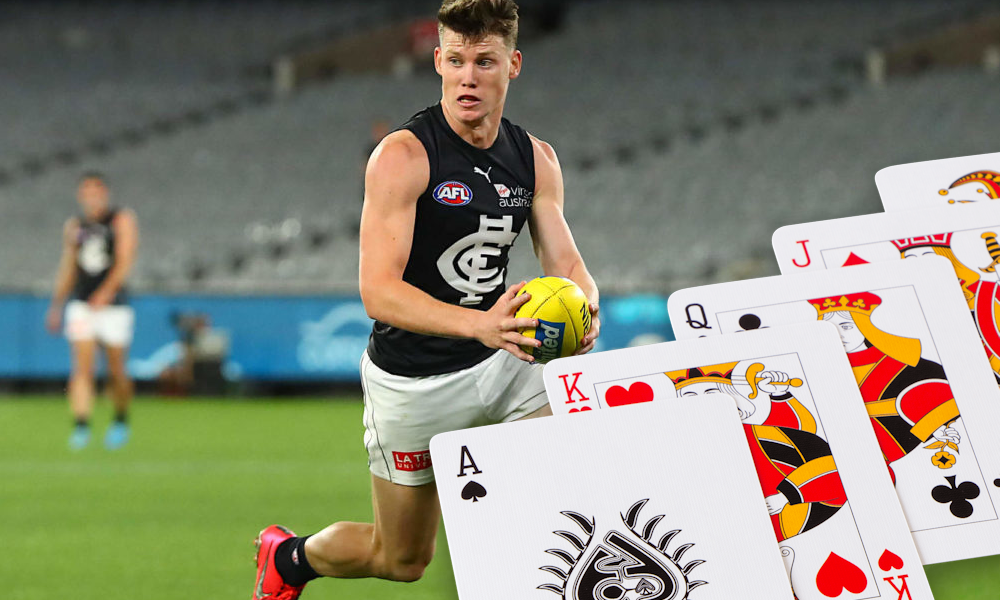 Josh Kelly went up 17 points, Oliver went up a significant 7 points (from a 102 to 109), Taranto went up 22 points (up to a 113), Zach Merrett went up 28 points (to a 118), Andrew Brayshaw went up 25 points, Patrick Cripps went up 13 points… These are just few of the most recent examples of jumps young guns have made in their 3rd season. The 3rd year breakout is real. And there is absolutely nothing suggesting Walsh isn’t primed for at least a 10 point Fantasy jump in 2021.

Walsh has always had a Fantasy game about him dating back to his junior days where he set records averaging both 112 in both the U18 Champs and the State League.

Walsh spent a lot of time on the wing in 2020, after starting the year in the middle he found form on the wing and didn’t pick up a CBA until the final 4 rounds of the year. He averaged 120 in the final 4 games!!!

In the final two weeks of the year, Walsh had the third-most CBAs of any Blue, including 13 against the high-flying Brisbane in the last game of the season. The results speak for themselves, with Walsh having more disposals (31) and contested possessions (21) than anyone else on the ground. It was also a comfortable career-high for contested possessions for Walsh. It may very well have been a preview of 2021, with Walsh stating in previous interviews that his goal is to return to the centre square as a genuine on-baller.

Sam Walsh isn’t cheap. He starts this year at $739,000 which is $21k more than the popular Tim Taranto (who’s a proven 110+ player) and around $160k more than your Sloane’s and Rowell’s. Because of the hefty(ish) price-tag there is still a bit of risk associated with it as he technically hasn’t averaged above his current average before.

Walsh also found form on a wing in 2020 and showed he was more than capable of playing that outside role. Not a horrible thing for his scores, but he’s shown his best Fantasy game comes into play when he’s getting those all important CBA’s. We probably wouldn’t be wanting to select him if he’s lining up on that wing. With Zac Williams coming in to allegedly play in the guts does that hurt Walsh’s CBA’s? There’s still a slight unknown as to how Carlton’s midfield lines up in 2021. Does Cripps play a little more forward? Does Curnow move to a different role? Walsh spends some time on a wing? Where does Zac Williams fit into all this?

I believe there is some genuine upside value in Walsh, even at his current start price. Looking at his second half of the year, his numbers across his entire career (including juniors), the general upward trend of a 3rd year breakout, Walsh’s general attitude and professionalism ect ect. Everything is screaming he’s ready to take that leap to a 110 average in Fantasy (which I am certain he will achieve multiple times over his career). I only need to look at the names that have done it before him, and Walsh has out scored any of them up to this point, so there’s no reason he isn’t primed to follow in their steps. Watch this space.