Is this Pie flying under the radar? 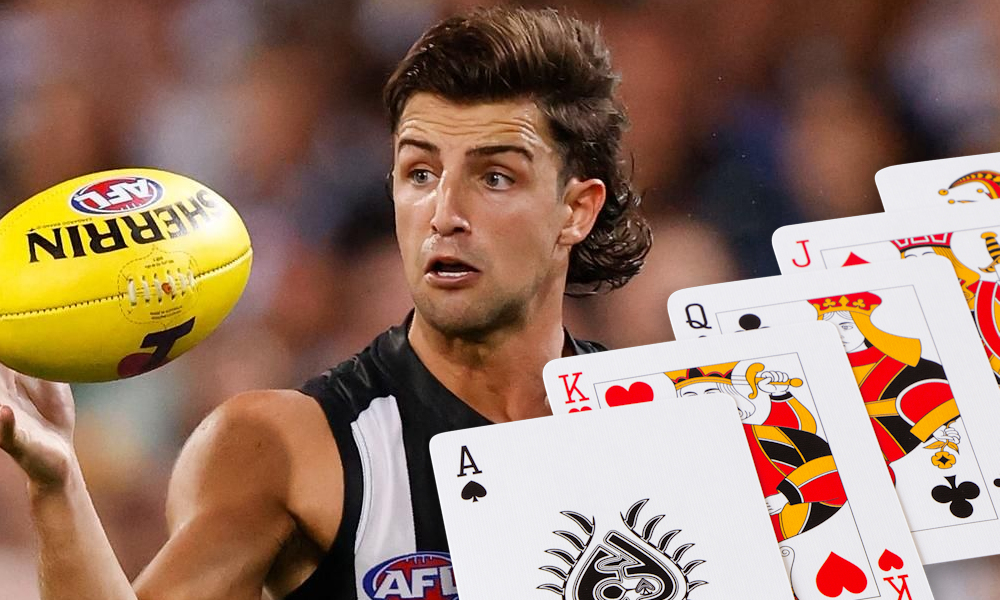 Anyone who knows me knows that I just can’t resist a mid price breakout candidate. Josh Daicos is currently tracking perfectly to jump up next year.
He’s ticking all the boxes needed.
He was given increased game time on the wing to the point where Tom Phillips (who was Collingwood’s wingman in their grand final losing year) was moved onto a flank and eventually out of the team entirely.
That’s the role/best 22 Job Security box ticked.
He’s coming into his 5th season only just playing his first full season last year.
That’s the age/body maturity box ticked.
He hit a score of 99 (adjusted to 123) last season.
That’s his ability to hit a high ceiling box ticked.
He finished the season with a 5 round adjusted average of 92.4 and a 3 round average of 93.7.
That’s the strong finish to the season box ticked.

Along with all these boxes, Daicos boasts an impressive running ability and has a hunger and desperation to get to the next contest and get the footy in his hands.

Lastly, this kid is just bloody exciting to watch play!

Personally I’m completely sold on Daicos but the biggest reason not to pick him would be his price.
At $664,000 he’s sitting at that awkward expensive midprice that exists between the true midpriced options and the elite premiums.

I’m calling Daicos a Jack but in the Jumping Jack out of the pack way!
He had already been given an increased responsibility last year but with Collingwood clearing away a few best 22 players, particularly in Treloar and Phillips I believe Daicos is shaping to be someone who benefits massively from it.
At a current ownership level of only 2%, Daicos is flying well and truly under the radar and should be on all our watchlists.