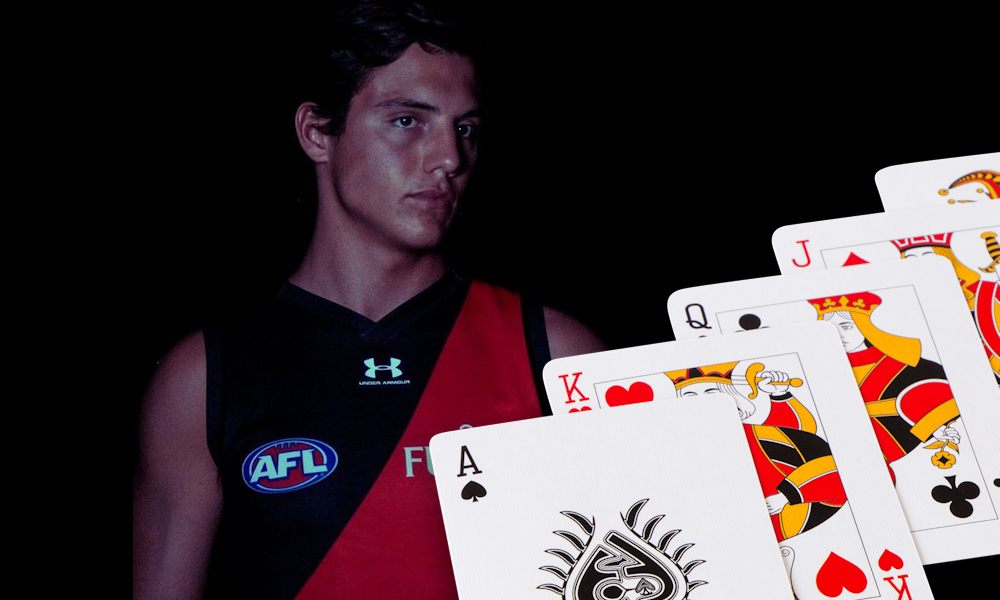 One of the big names on the lips of Fantasy coaches during last year’s trade period was second year Giant Jye Caldwell. We love a midfielder looking for opportunity elsewhere and that’s something the 20-year-old should get at the Bombers.

Picked up in the 2018 draft at pick 11, Caldwell played 11 matches for the Giants but his numbers haven’t been fantastic; averaging 65.5 (adjusted). In 2020 he managed nine games but didn’t attend a single centre bounce (that’s why he’s got the handy MID/FWD DPP).

An inside midfielder role is what has been earmarked for the former Giant and therefore, those centre bounce numbers will explode. Back in 2019 – pre-COVID and when there was a twos competition – Caldwell spent some time on the sidelines injured but averaged 83.2 in the NEAFL.

In his senior debut, Caldwell scored 72 and his two scores best scores last season were 75 and 73 (94 and 91 adjusted) – definitely a solid enough ceiling considering where he was in the pecking order at GWS.

With DPP and priced at under-66, there’s plenty of things to like and should be a fairly low-risk pick in Classic as a midpricer. With 10-15 points upside, he could be a handy stepping stone to the byes or maybe he outperforms expectations and goes closer to 90 with the mid clock that he’s likely to receive and becomes a low-priority players to move on.

My biggest issues for me is Caldwell’s injury history, scoring potential and the volatility we may see in his numbers.

As a junior in 2018, Caldwell 37 in his only U18 Champs game and averaged 64 in his three TAC Cup matches (he was injured in one). Injury has been a story of his career with two hamstrings, a calf, concussion and a blow to a kidney interrupting his draft year. He also had a couple of injuries in his time at GWS.

While it looks likely that Caldwell will be in line to play as an inside midfielders, there are a few mouths to feed at the Bombers. Andrew McGrath, Dylan Shiel and Zach Merrett will find themselves at a lot of CBAs. Throw in there Dyson Heppell, Darcy Parish, Devon Smith and (dare I say it) Jake Stringer, who will all most-certainly get some time through the guts, Caldwell may find himself playing a half-forward role at times.

Given he isn’t the most prolific scorer, some varying roles could significantly impact on his value as a mid-priced player and doing the job that we need from him.

Caldwell currently appears in 11% of Fantasy Classic teams placing him in the top 10 selected forwards (that aren’t rookies). Coaches are backing him in as that mid-priced forward they see improve. The thing is, how much better than the 66 he’s priced at that he needs to go to ‘work out’ for you. Is 15 points enough? I think so… but 20 would be nice. The closer to getting him up towards the magical 90 average, the better. That would have him almost as a keeper and the breakout type player we loved last year from the likes of Jy Simpkin, Bailey Smith and Andy Brayshaw.

As for Draft, if Caldwell goes 80+ it puts him in the top 20 forwards and therefore, a late-F2/early-F3 depending on where you think you can grab him. Probably in the back-half of your draft but it will be about assessing which other forwards are on the board that you think will be 80+ coupled with the injury risk (especially of those ahead of him as there were plenty of 80+ adjusted guys who missed a handful or more matches last year).