How do you Compare to the Top 300 AFL Fantasy Coaches? 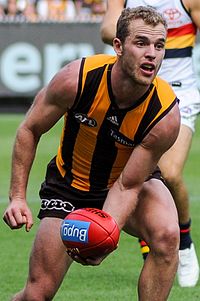 Well, here we are.  It is now round 11 of the 2017 AFL Fantasy season.  Welcome everyone to the ‘bye rounds’.  Technically speaking, round 9 was the start of the bye rounds, but this week, there are six teams that will contribute to our donuts tally.  However, I trust that most of you have planned for the bye rounds.  No? Well, don’t worry. Just clinch your teeth, close your eyes and hope for the best. For those that have planned for the byes, well done! Just remember though that every year, just when you think you know what you are doing, team selection will teach you, you can’t always plan for everything.

I have been lucky enough to go up the rankings from 54th to 5th overall at the end of the last round.  These bye rounds offer all of us a great opportunity to go up the rankings (with good luck and calculated planning). I am interested to know what you will be doing on these bye rounds. What are your plans to survive or attack these next three weeks?  I have analysed the data of the top 300 AFL Fantasy coaches. The vanilla side consists of the players listed below.

My team had 16/22 of the vanilla selection as per listed above. This round, 7/22 players (C. Marchbank, S. Docherty, N. Newman, L. Dahlhaus, J. Steele, I. Heeney, J. Macrae) will not contribute to your total.  Looking at the data from the top 300, most coaches will field anywhere between 18 to 19 players.

These six players represent the most common defenders in the top 300.  T. Adams is still the most selected player in the backline, he is in 99% of the teams. As expected, most of the coaches have said “Thank you for your service and goodbye” to C. Hampton.  I am making a calculated guestimate that most AFL Fantasy Coaches are looking at the backline and thinking that “Wow, Vickers-Willis and Stewart”. Points are points and they are better than donuts. Go boys!

Docherty hasn’t put a foot wrong and Laird is another that fits the top 6 mould. My top 6, in preference and in order are Adams, Docherty, Laird, Lloyd, Roberton and Simpson. Who do you think will be in the list of the top 6 defenders?  Now, would the gun defenders please stand up!

The most selected player in the middle is no other than the newly inducted Pig, T. Mitchell. He is nearly in all the of the top 300 coaches.  Injuries to A. Treloar, D. Beams and T. Rockliff saw their exits from the top 8 midfielders list.  Gary Ablett doesn’t get much love from AFL Fantasy coaches, his average is 117.4 and yet his total ownership is only 7% and his top 300 ownership is 3%.  I don’t currently have him and he was a trade target for me last week.  However, he was withdrawn because of an ‘injury’ which I’m not sure I’ll be happy to deal with or think about. For that reason, I’m passing for now.  My top 8, in preference (in order) for the mids are Rockliff, Mitchell, Merrett, Dangerfield, Treloar, Beams, Hannebery, and Zorko. Who is you top 8 in the midfield?

What the ruck? What is with these guys? The ‘Second Hit-out In Team Syndrome’ (SHITS) is a real thing, Grundy with Cox, Martin with Archie, Goldstein with Preuss.  If you don’t want to worry about the Second Hit-out In Team Syndrome, pick a player that always rucks alone (Jacobs, Kreuzer and Witts).  If you are like me, you will just have to accept the fact that there are weeks when you will get the S.H.I.T.S. ignore it and hopefully it goes away. If it doesn’t improve, contact Albert Lord (PhD DT).  Bring him back Roy!

It’s not a big statement to say that Dahlhaus, Steele, Heeney and Macrae could be top 6 forwards by the seasons’ end.  They make up the bulk of the vanilla forwards.  I would dare say that most of AFL fantasy coaches are eating donuts this week because they went heavy with forward having their byes this round (*raises his hand).  Who do I think will round up the last two places in the top 6 forwards? For me, its Franklin and Yeo (*don’t burn me again). You want a Yeo alternative, a Yin to Yeo? I have been watching a lot of St Kilda games lately and I keep seeing Koby Stevens.

Good luck with the bye rounds and as always, if there is anything specific you want answered, make sure you add me on Twitter @magtuto so I can answer your Q’s.  Go unique!

A full and raw list of players and their % representation can be found on the excel spreadsheet.