The full prices and positions for Adelaide and aflratings.com.au’s top five potential targets for 2017. 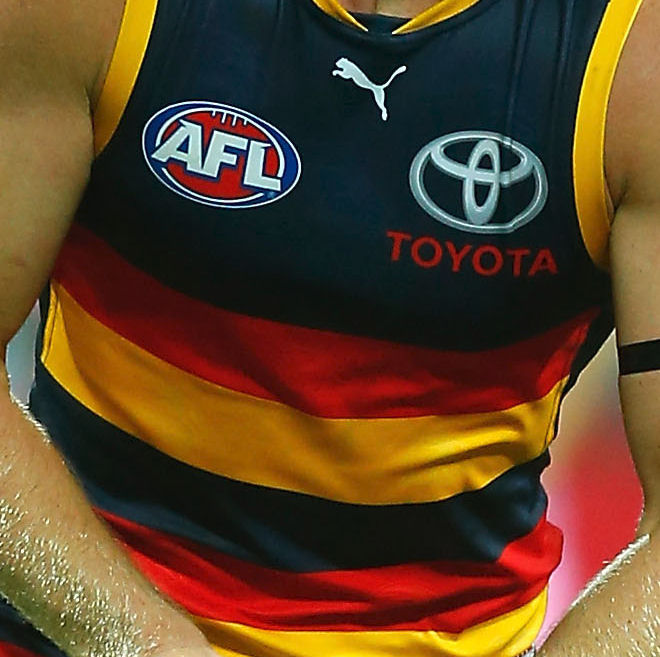 All the talk this time last year related to how were Adelaide going to cover the loss of Patrick Dangerfield and how would that impact on Rory Sloane’s ability to produce quality fantasy points, well the Crows managed just fine without Dangerfield making it through to the Semi Finals and Sloane just put up a career high H&A season average of 105.9pts. Adelaide averaged 393.6 Disposals in the 2016 H&A season (Rank 3), they were ranked in the Top 3 for Disposals in 9 of their last 12 H&A games. After all the doom and gloom about the Crows prior to the 2016 season they averaged 1687.5 team fantasy points in the H&A season which was good enough to be ranked No.1, 26.5% of their points came from pure listed forwards which was also ranked No.1.

Here are 5 potential targets for Adelaide in 2017

After a slow start to the season averaging just 78.0pts from his first 3 games Rory Sloane stepped it up over the next 16 games averaging 113.3pts, an indifferent finish to the year resulted in a final average of 105.0pts from 23 games including Finals. Sloane scored 100pts or more at a 56.5% S/R (Strike Rate) but what was more impressive was converting those games in to 120pt efforts at a 30.4% S/R, he scored a season high 147pts against Geelong in Round 8 at the Adelaide Oval. Sloane dominated at home scoring 112.7pts per game compared to 96.7pts in all travel games, given the Crows play 12 games at the Adelaide Oval each year and their first 3 of 4 games are at the same venue Sloane is likely to kick start his 2017 season in good form.

Matt Crouch was a popular value selection entering the 2016 season and after averaging 78.0pts in his first 8 games it appeared to be an epic fail of a pick, but those fantasy coaches who remained faithful were well rewarded with a 103.9 average to finish off the H&A season. Crouch averaged 94.5pts last season including Finals and scored 100pts or more at a 40.9% S/R, that increased to an impressive 64.2% S/R over his final 14 games of 2016. Considering Adelaide’s high possession numbers adjusting to Don Pyke’s game plan late in the 2016 season Matt Crouch should be highly considered to begin Round 1 in 2017, he averaged 29.6 Disposals in his final 14 games on ’16.

Jacobs averaged under 90pts for the first time since 2013 last season, his full season average of 88.8pts was impacted by injury in Round 19 when he scored just 24pts. Durability isn’t an issue for Jacobs as he has played in 97.1% of a possible 136 games dating back to Round 5 2011, his high scoring ability is of a slight concern having only hit 100pts or more at a 31.8% S/R last season. With Gawn, Goldstein, Grundy and Martin attracting most of the attention to fill out rosters Jacobs is likely to be lowly owned at Round 1, keep in mind he has never averaged over 100.0pts in his 8 year career.

The 2016 season was a disappointing one for Brad Crouch owners averaging just 86.9pts in the H&A season, after missing the 2015 season via injury Crouch played just 4 games prior to the Crows Round 13 Bye. In the remaining 10 H&A games Crouch averaged 92.4pts proving that there is some upside in his opening price to start the 2017 season, his 18.8% S/R scoring 100pts or more is slightly concerning for any potential owners. It is not time strike Brad Crouch from your watch list just yet, keep a close eye on his kick to handball ratio over the pre-season games as well as a potential spike in his overall Disposals numbers.

With the volatility of backline players in 2016 Laird provided some comfort in finishing with a 96.7 H&A average, despite missing 5 games throughout the year via injury he still scored 100pts or more at a solid 42.1% S/R. Laird scored a season high 136pts against Port Adelaide in Round 2 at the Adelaide Oval, he was consistent across most player splits including averaging 92.0 in losing games (Brodie Smith 64.3 Ave). Laird should be strongly considered again in any backline to begin the 2017 season, selecting him would highly likely provide a consistent platform each week for your backline.