Not one for keeping a secret, Jeppa brings us something very different today. Team reveals! Yep, check out Jeppa’s Fantasy and Dreamteam squads as we start gearing up to lockout. Don’t be shy to leave Jeppa a question or two, he’ll be sure to give you his opinion. 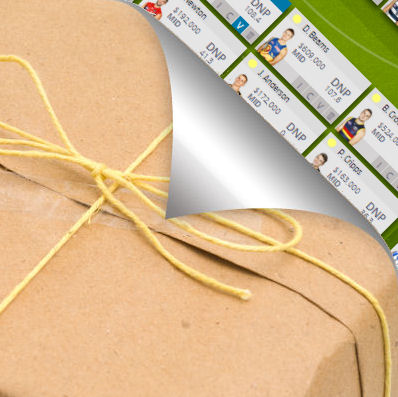 Given that we are halfway through the NAB Challenge, I thought it would be fun to do a team reveal piece. Between now and lockout, I have no doubt that my lineups will change 1000+ times but basic principles still apply.

Using the loose analogy of building a house, here are a few points that should get your mind ticking…

Designing your home and Fantasy team needs careful attention. Shall I have an outdoor entertaining area with all the bells and whistles or is the kitchen more important? Should I spend more money in my forward line or midfield? Ultimately, what gives you a good BALANCE across all areas? My ‘Premo-Midprice-Rook’ structure for both Fantasy and Dreamteam is near identical…

After playing with every possible combination, I feel at ease with my current structure but others may see it differently. Note that structure will only change when a rook or midpricer is on the cusp of something big.

Building the Foundations (Picking your Premo’s)

These are your keepers that will ‘hold up’ the rest of your team until improvements can be made. My premo’s…

Adding the Walls and a Roof (Picking your Rooks)

A defining component of any home that gives it character. Picking your rookies will shape your team and your season. Job security, job security, job security! The rooks in my teams aren’t the cheapest but all should play a decent chunk of senior football this year. No point having a non-playing rook sitting on your bench collecting donuts.

Catch up on my pre-NAB Challenge articles here:

No matter hard you try, you can’t ignore all the midpricers. Value needs to be recognised and they are the final pieces of any team. My mid pricers…

Well what do you think? Don’t be shy to discuss teams, players, etc in the comments section below! If you’ve got any questions, shoot ’em through and I’ll answer as many as I can.

Stay tuned for my massive rookie guide after the NAB Challenge and my weekly rookie reviews throughout the year.