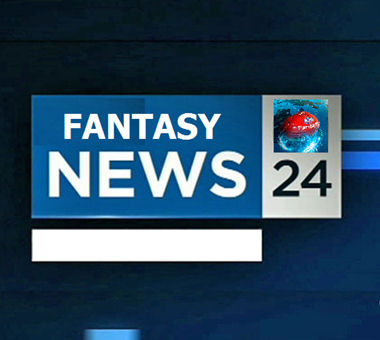 On Wednesday night, the Geelong Cats released their team to the general public. Hamish McIntosh has been named with no notable backup, so what does this mean for our fantasy sides. AFL Reporter Ben Guthrie had this to say on the named side;

“The Cats’ skipper will be joined in the team by ruckman Hamish McIntosh, who is set to make his long-awaited debut in the blue and white hoops. Geelong has opted to go with the pairing of McIntosh and Mark Blicavs, while Dawson Simpson has been named as an emergency. McIntosh last played an AFL game in round 7, 2012 for North Melbourne, with knee and Achilles injuries interrupting his Geelong career since.”

Ben Says: Hamish is tremendous value without doubt. Priced at $297,800 in RDT and $344,700 in AFL Fantasy, McIntosh will for the first time pull on the blue and white hoops this Thursday. He has previous averaged 90 over 22 games in 2009 and 80 over 20 games in the following season. When on song, Hamish is a premium ruck. The issues lie in his terrible durability and the selection pressure he’ll have coming his way from emergency Dawson Simpson. In an interview with Scott last month (which can be read here), Scott ‘guaranteed’ that neither of them would play a full season. This suggests that whilst Hamish might be perceived as number 1, don’t expect more than 16-18 games out of him. Simpson will get his fair share of time as the number 1 ruck; to not only develop himself, but rest an injury plagued Hamish at opportune times. Will he score well with no Simpson this week? He certainly will. Will he be dependable later on in the season, no one can be quite so sure.

EDIT: Simpson Late IN, don’t have high expectations of Hamish

Getting ready for his 250th match, Brownlow and Norm Smith Medallist Jimmy Bartel spoke to the media and had this to say on his role for the season ahead.

“My role will probably change from week to week. That’s all part of the fun of it.”

Ben Says: Now in all fairness Jimmy has been very versatile throughout his career. Many have questioned whether he’s worthy of having back, midfield and forward eligibility at stages. Nonetheless for the vast majority of his seasons he has continually played a similar role from week to week. Last season he was in defence, the year before he played in the forward line, and not long before that he was playing in the middle. Nowadays it seems he might play a bit of everything within a game, let alone a season. This will likely lead to up and down scoring from the $519,000 (RDT) and $514,900 (AFL Fantasy) priced back eligible 30 year old. He’s good enough to deal with it, but due to his general scoring patterns which have seen him decrease his yearly output slightly yet consistently since reaching his peak in 2007, he may prove to be a better upgrade target.

Guy McKenna’s press conference after their first up win against the Tigers, spoke candidly about what Swallow produced and in turn the importance he places on the former number 1 pick.

“I’d almost say he turned the game for us. A couple of his dashes off half-back, through the wing when everyone was almost looking for an inspiration and we’d normally turn to the fella that wears number nine (Ablett), but I thought Junior’s (Swallow’s) ability to stand up was pivotal. I thought he got us going.”

Ben Says: David Swallow demanded praise after a barnstorming second half which helped him to a stellar 115 points. He spent large portions of the last term in a half forward role, which he later suggested was far from premeditated as he lacked opportunities to get into the midfield rotations. On this performance, given he’s priced at an average of 69 in both competitions, he’s someone everyone will be keen to have heading into the first price rise. Watch him in Round 2 if you don’t currently have him and if he’s getting solid midfield minutes, use a trade to get this star in!

Thanks for reading. Remember to follow me @B_Gogos! Just a heads up that you can find the live AFL Fantasy Radio here from 7PM onwards Friday night. Be sure to tune in for some quality content!