We received an email from Zeus today with a look at consistency in AFL Fantasy Dream Team. This often underrated factor in selecting which players to trade in is looked at in detail across the four lines with some very interesting results. Read on, and big thanks to Zeus! 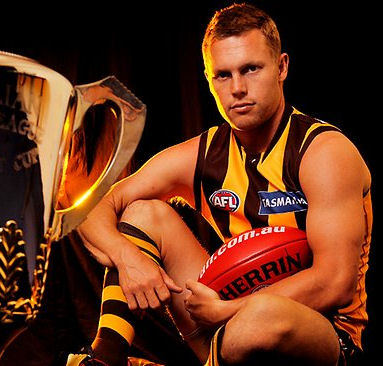 Consistency is a big part of AFL Dream Team. All of us know the pain of winning an eliminator by 10 points because player A gets 140, then losing by 30 when he gets 70 next round. That’s why when you pick your teams; consistency and ceiling combined have to come into it. The team that wins the competition at the end of the year is the team that, week after week, pumps out 2200+.

However, to the casual DTer, players that are consistent are quite hard to pick out. Most of the time they go with average and average doesn’t tell all. Consider Player B gets 140 then 70 every alternating week for 10 weeks. Then consider Player C getting 90-110 every week for 10 weeks. They both have the same average. From a casual glance they both look just as good. However, a more detailed analysis tells you a different story. You need another couple of measures of data to see which is better.

That’s why I decided to put together a couple of tables (one for each of the positions) to show you (after round 9) which are the players that are the most consistent. I am going to use 5 key measures of data. Before I launch into the tables, I will explain what each of those measures of data means.

I will not however explain how they are calculated, because while some of them are quite easy, a few of them are a little tricky. I got the values in the tables from a graphics calculator, but you can look up how to do them on the internet to get values from other players of interest I have not included.

Okay! Now we have got that sorted out, we can move into the tables! Remember, they are ranked by standard deviation not average, and the green numbers on the left side are their places if you were placing them by average. They are there to contrast between the highest averaging players and the players with the lowest standard deviation. The underlined players are the players that have a different affected mean to their actual mean. Lastly, I will comment on a couple of players of interest in each category.

The average standard deviation (SD) for the defenders is 23.79, with the top 25% having a value below 17.63. A value above 23.79 is not ideal; it means they are quite erratic in their scoring. One notable exception to this however is Brandon Ellis. Even though he has a SD of 29.58, it comes about because he had scores of 86 and 155, which are fairly spread apart. This is why I have included the affected mean and normal mean. With Ellis you can see he has an affected mean of 113.5. If you combined this with his SD, you could come to the same conclusion as me. (*Note: the scores of 86 and 155 come from memory. There is not a way (that I am aware of) to get those values from the table)

You can see the inconsistent Hartlett and Birchall are the bottom ranked players on the graph. They both have massive SDs, as well as big ranges and IQRs. This is also reflected in their means, with both of them having averages far below the top ranked Goddard and Hanley.

The three most consistent players in defence it seems are Hibberd, Goddard and Enright, in that order. They all have extremely low SDs and IQRs, particularly Goddard.

The average standard deviation for the ruckmen was 18.75, with anything below 14.69 being in the top 25%. Although Matthew Leuenberger is out for 4-6 weeks with his sore thumb, I have included him and his stats to show you just how consistent that man is. He has a SD of 12.2. I’ll repeat that again. 12.2! That is incredible for a group of fantasy scores. To remind you again, that means most of his scores are clustered relatively closely around the mean. His IQR of between 68-90 means that 50% of his scores come between these two values.

Minson and Cox are the next two most consistent ruckmen, with Roughead and McEvoy rounding out the rear. For consistency’s sake, the stats are telling you to stay a fair bit away from these two, but in real life you can cope with a SD of around 24. It just means you’ll get some scores around 55-60 and some around 100-105.

The average SD for the forwards is 20.5. Anything below 17.5 is an excellent score. There are three players in the above table that have less than 17.5. Those are J. Kennedy, J. Lewis and M. Stokes. All of those players are excellent recruits, with their scoring falling between around 80 and 100 50% of the time.

Kennedy surprised me a little bit; I thought it would be someone like Stevie J who’s just gone BANG BANG BANG with 5 consecutive scores above 100. However, Stevie’s first score was 82 and his highest was 144. This means his range is fairly high along with his SD. It is funny that in Martin and Riewoldt, you have the second and highest DT scorers, but they are the second and third worst for consistency. Cloke rounds out the rear, with his SD of 28.83 being horrible. Stats say stay away despite his average of 93.89.

Finally! The Midfielders! The average SD for them was an incredible 18.94, with 25% of them having a score below 13.91. People, there is a reason these people are beasts. However, some are still better than others. The three most consistent are Mitchell, Priddis (who’s surprised?) and Moloney. However, Pendlebury and Swan have scores in the 13’s as well.  All of these players will give you a score generally within 14 points of the mean every about 70% of the time they play. You can see Swan, Mitchell  and Pendlebury have the highest averages, so they are the players you would look to trade in.

The players around the middle (Ablett, Jack, Stanton, and Cornes) are still great players, it’s just they might have had one extremely high score, or one extremely low score. A couple of those and it affects the SD. However, the stats are telling you to steer clear of Selwood, Watson and Dangerfield if you want your sanity at the end of the year.

Whew! Okay, now that’s done, I can show you how you would use these tables when trading. If you are looking for higher averages when trading players in, then ignore this completely. However, if you are smarter and want consistency over flashy scores now and then, you would do well to study these tables. Now, for example, I am looking to trade out Leuenberger to a premium ruck this week. I would go and study the ruck table. *looks at ruck table*. Hmm, Minson seems to be quite consistent, with 50% of his scores coming between 79 and 107. He also has an average of 87.78, that’s not bad for a ruck. Okay, trade him in.

I am using my second trade to get rid of Terlich to a premium defender. If I look at the premium defender table I can see that Hibberd is the top. However, as much as I want him, I don’t want 3 Essendon defenders. It messes up my bye structure. I have got Goddard; I don’t want Enright with rumours of a rest, so Hanley it is. It is literally as simple as that (it helps Hanley is the third highest averaging defender as well). I have now got 6 premium backmen, although currently I’m not sure you can count Hartlett as a premium.

Okay, so now you know how to use this, you can go forth and use it. Remember, just because I haven’t included a player in this table, doesn’t mean you don’t want to trade them in, it just means they weren’t included in my list because I just picked the ones that mostly everyone has.

Cheers, and any questions, just hit me up on Twitter @ZeusODea and I will try my best to answer them, although I really should be studying for my literature exam tomorrow!