Look in any Dream Team forum and it won’t take you long before you find a poster quoting some kind of statistic to prove their point about a certain scenario. You hear it in relation to raw stats, to trends, to just about anything. (Guest post from “The Analyst” from the DT Insider blog). 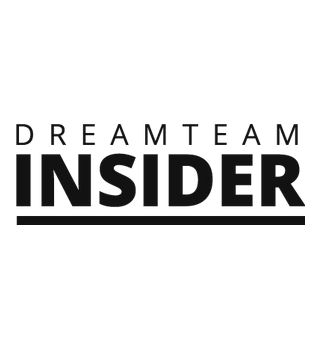 Look in any Dream Team forum and it won’t take you long before you find a poster quoting some kind of statistic to prove their point about a certain scenario. You hear it in relation to raw stats, to trends, to just about anything.

The trouble with this situation is that unless you’re prepared to recreate the work, as long as the statistic makes some kind of sense most people will accept it and move on.

That’s not my style.

This article will work our way through a few of the more common myths and truths and add some detail to the discussion to work out how things actually look using Dream Team statistics over the last 5 seasons, rather relying on unsubstantiated opinion.

After trending upwards from 2008 to 2010, the last two years have seen this ease back a little. Those two years have seen the introduction of two new teams, the introduction of the green and red vests, and a dramatic increase in the number of substitutions per team – so it might take another season or so to determine if the recent downturn is permanent or not. 2013 is off to a very slow start in terms of DT scoring – well below any yearlong average in recent times, and also well below any first three rounds in the same period.

Just on those vests; data for 2012 suggests that a player not receiving a vest will average 73.37 points per game. Those receiving the green and red vests averaged 30.17 and 34.64 per game respectively.

2013 early data shows those vests are scoring at slightly higher levels, which is interesting contrasted with the non-vested players who are currently averaging little over 70 points per game, down from 73.37 in 2012.

That’s a massive hit not only to your scoring for that week if they’re in your 22, but to their ongoing value as those scores roll through the price in the following weeks.

Generally the premise of this type of comment is correct – high scoring players are much more often found in teams in the top half of the ladder. If you work through the number of players that averaged over 100 points per game over the course of a season over the last 5 years, 77% were from teams in the 8.

2013 is well and truly in its early days, but as at R3 we have 33 players averaging over 100 points per game – of these, 21 are for teams currently within the 8, 12 for those outside of it. That said, of the 160 scores of 100 or more so far this year, 20 have happened against Melbourne – so let’s not undersell the role of the draw so far in how everything looks. (next closest is 12 for what it’s worth)

Gary Ablett and co notwithstanding, it’s a safe bet that the better scoring players also come from the better teams, with the exceptions largely being only true absolute Dream team guns. This rule of thumb is handy to remember especially if you believe a team is likely to make a big jump or big fall this season compared to last.

Moving from specific players to teams generally, the averages for players on winning teams compared with losing teams is noticeably different – about +/- 6% above the average score per game.

Furthermore, have a look at how ladder position correlates to DT scoring;

Every year brings some exceptions (like Brisbane in 2009 ruining an awesome pattern…), but more often than not, the link between ladder position and DT scoring of that team is very clear.

For those wondering, the link between DT points conceded and ladder position is strong, but not quite as strong as DT points scored. There is a degree of chicken and egg about this, so it’s always a good idea to remember that correlation does not imply causation.

It is simply too early to tell how 2013 will fit against these trends, but I’ll be back to review that closer to midseason.

3. “There are more big scoring games than ever before”

The answer to this is both yes and no, depending on what other parameters you want to apply.

But with the introduction of Gold Coast in 2011 and then Greater Western Sydney in 2012, the number of games per year has risen from 176 to 187 and then to 198, so that also needs to be considered.

High scoring games are particularly relevant to picking your captain each week, as nailing a 150 from your captain is especially rewarding. While the number of 150+ games averaged out at 28.4 over the last 5 seasons, we had 36 in 2011 and 32 in 2012.

At noted previously, DT scoring has been pretty low in the first 3 rounds of 2013, especially at the top end; 160 scores of 100 or over, just 25 of 125 or over and only Justin Westhoff’s 154 against the Giants in the highest bracket.

What also stands out from the table below is the effect of the substitute on the spread of scoring. Never before have we seen so many crippling scores under 25. 2013 is showing an even higher rate of these so far.

It is a bit of a tangent, but what use is a pile of statistics if you can’t find a way to use them…so while not actually “Mythbusting” here, they are still interesting. Using DT classifications as a guide (which isn’t perfect as we all know, but was vastly easier to analyse), below is the average DT scoring for each classification of player over the last 5 years.  The second part of the table is simply adding the sub-classifications from the first part of the table, so “Bac” in the 2nd part is the sum of “Bac”, “Bac-Ctr”, “Bac-Fwd” and “Bac-Ruc” from the first.

The column on the right is the number of player scores contributing to the averages, so in the case of the very rare “Ctr-Ruc” classification, there are a grand total of 10 games played by someone of that classification….and none since 2009. Until now I suppose I could have just called that section Daniel Gilmore, as they are his 10 games – but with the recent change in DT classification to Mark Blicavs we have one more.

A few things that stand out;

There simply isn’t enough data in 2013 to reflect too much on these, but for those all too willing to jump to conclusions………

4. “Guns are guns, it doesn’t matter who they are playing against”

There is some good news and bad news in responding to this one. The good news is that there is largely no difference in performance by the best Dream Team players regardless of whom they are playing. The bad news…..is exactly the same.

So while we get what we pay for, and generally the performance is relatively consistent, the everything-crossed, hoping for 150 game when Dane Swan has GWS on the weekend is about as likely as when the Hawks are next up. The growth in scoring against these weaker teams is apparently not by the uber-guns, but just by everyone else.

Taking the 20 players with the highest averages in 2012 and looking at their scoring in those 411 games, I found this;

All of that said, it is still useful to know which teams concede big scores though – from week to week it’s not just the uber- guns that we have in our squads, and what with draft leagues, keeper leagues and other types of leagues that make every single player relevant….more information can only help.

While some of the numbers jump around a bit from year to year, there are certainly some obvious teams that were horrible to play against in 2012 that are likely to be similar in 2013, and the opposite is also true.  I have a hunch most of the Suns had their opponents as their Dream Team captains in 2011; seriously, that is a monumental difference to just about every other number on the table.

As noted previously in this article, 3 round in has Melbourne has the team to play against as they have conceded 20 100 point games so far. Essendon, St Kilda, Port, Hawthorn and Sydney have conceded 25 between them.

125 & 150 point games show similar patterns, although obviously far fewer. The top and bottom 4 based on yearly averages were as follows;