Mid-Keays is great…. Forward-Keays sucks – which one will it be? 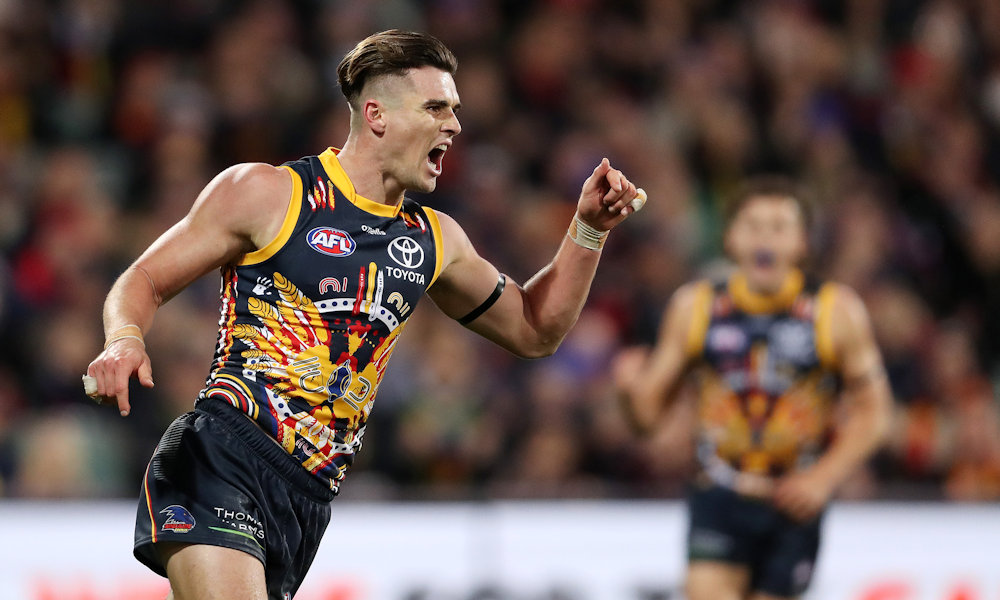 Keays is a Fantasy machine MIDFIELDER. When Keays is in full-flight he is up there with some of the best in the game.

“Ok… fine” we all thought, Keays is now a top-end premium who has now averaged 108 for the last 30 games or so , spanning across one and half seasons. Then things changed.

The point here is… Keays is a 108-110 MIDFIELDER. He has proven this but like all MIDFIELDERS, they need to be in the middle.

Just when things were looking fantastic for Keays last year… some wise-knob at the Crows had an idea and I was lucky enough to phone tap their call.

Wise-Knob – “Let’s move Keays out of the middle… make him tag as a forward”
Sensible Bloke – “You’re a fucking idiot mate, see what he’s doing in there? He’s averaging 30+ touches, a ton of tackles…”
Wise-Knob – “Nah I’m made up my mine, this will be fun, Fantasy coaches will love it, wait and see…”
Sensible Bloke – Walks off in anger (I believe this happened, I could see through the phone but did hear heavy stomping).

So it happened…. In round 20, he was sent to tag Saad. We say this time and time again, if you have a shit role, do a shit job and you wont get it again. He did it well…. kicked 3 goals but Saad still had 26 touches. So now he’s a goal kicking forward – good one!

After the bye Keays averaged 87, spent just 54% time at CBAs and in the last four rounds it got even worse where he averaged 64 from just 25% CBAs.

The role for this guy is EVERYTHING! He is a proven scorer if he is played in the right spot. If not, he might even pick up forward status….

If you are after more information about Keays there is some other important info you need to know…. such as

What he did in the Holidays – LINK

Oh boy… who knows. If Keays is a midfielder he will average 105+ this year, he could even be 10+ points under-priced. He finds the ball, he tackles, he does all the things we love about Fantasy premium players. But if he is a forward, then I’ve wasted my time writing this. The key to this article is… monitor his pre-season, if he is a midfielder then we seriously need to consider him as an under-priced premium.

In draft though it’s interesting and there are many ways this could go…. he could start forward, get FWD status, then gets moved back into the middle. Starts MID, moves forward or even stays MID. Who knows, hopefully pre-season gives us a very clear picture of what is to come.