What do the numbers say across the season for those chasing Top 100. 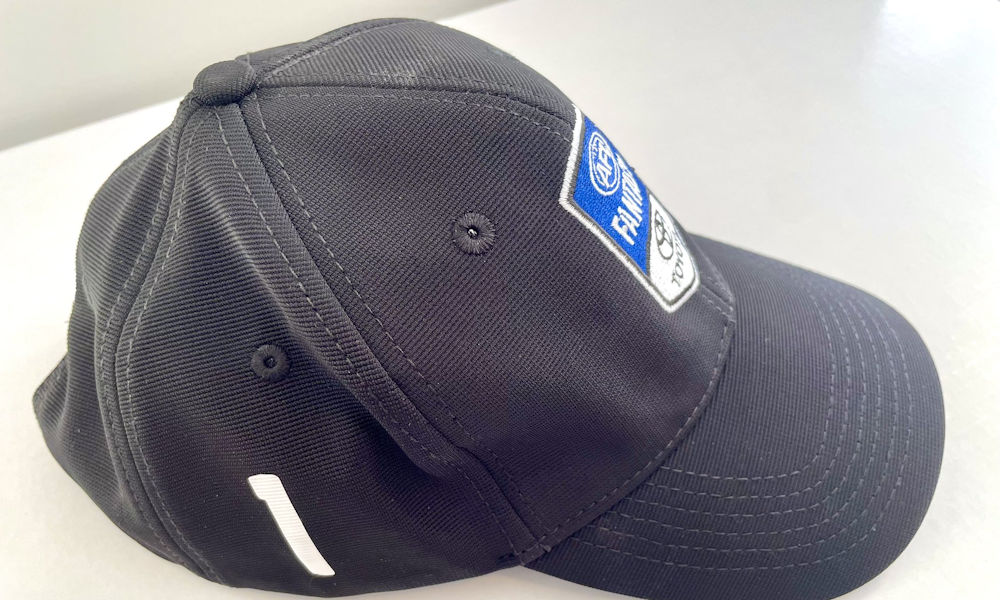 Another season without an AFL Fantasy hat leaves me wanting one even more next year. And I’m sure a lot of you feel the same, especially seeing hat photos circulating socials. During the season, it’s difficult to know what is required to reach the top 100 rankings. We must get in at the right time if we want to win a hat. I’ve looked at the trends surrounding 2022’s hat winners and how they made it in. What set them apart from the rest of the competition? When did they reach the elusive top 100? Time for some Hat Stats!

The best Fantasy coaches in the community always say that the game is a marathon and not a sprint. This is evident when we look at how many hat winners were in the top 100 after each round. A steady increase over time with very little at the start of the season:

There were no hat winners in the top 100 rankings after Round 1! Which means they all had to work their way into it during the season. Around 4 coaches entered the top 100 each round following Round 1. But the number of them in the top 100 that were safe to win a hat was much less:

I’ve defined safe as the biggest rank that did not fall out of the top 100 after each round, and I took the lowest cumulative count across the season. If we look at when the hat winners last entered the top 100 (they didn’t fall out from then on), we see that most actually enter very late in the season:

Only half of the teams were in the top 100 after Round 16, and only 10 were in after Round 5. It seems there are enough spots available to claim during the final rounds. But how close do we need to be to have a chance?

How much can you gain each week?

Tracking the movement of the team rankings shows how they progress over the rounds of the season. Here’s an animation of the Top 1000 teams from 2022 and how they were ranked after each round:

The top-left remains quite filled as most of the hat winners didn’t take long to reach a good ranking. This is what we come to expect anyway in Fantasy, those with better teams make more money and can complete their team earlier.

As scores can vary greatly between rounds, I’ve focused on rankings here – which are always relative to everyone else playing AFL Fantasy. Looking at the teams that won a hat, we can find their average ranking after each round (when they were outside the top 100):

The average ranking tracks the average position of hat winners that weren’t in the top 100 yet. Many coaches bounced back in Round 2. Exiting the bye rounds in R14 & R15 also had relatively high changes. This highlights the importance of a even 3-week performance over the bye period. The Maximum column is the highest rank of a hat winner at that point. There was a team ranked over 40000th after Round 1! The maximum is close to a best-case-scenario, I think the 95% confidence interval is a more realistic place to aim from. Hopefully this gives you an insight into where you need to be ranked throughout the year.

Who were the most important players?

The most common regrets I hear are “if only I traded in … instead of …”. So, to track the trading of the final top 1000, I fetched data on their 30 players across all 23 rounds (69000 selections!). We can investigate who they started and when they traded certain players in.

Premium midfielders aren’t very high up on this list which is expected with more respectable options than other positions. The key here is understanding that a lot of the top 1000 teams were very similar – particularly at the beginning of the year.

These players were the most common, but which players made the most difference? I fitted a model to predict final rank over the top 1000 based on how many rounds each player was in their team. Filtering by players with at least 15% ownership – here’s the statistically significant players and how many ranks they gained per round in a team.

Rory Laird as the biggest value is no surprise, gaining his owners 20.8 rankings per week. Justin McInerney set a lot of teams back – particularly when common defenders like James Sicily & George Hewett were much better. Teams that offloaded Nick Daicos & Nic Martin earlier were more likely to rank higher as they could field another premium player.

We can compare the ownership percentage difference between the top 100 and top 1000 to see which players were pivotal for success. I’ve plotted each player by their average round of being traded in. The interpretation of the below is that the top players helped win hats, while the bottom ones didn’t.

There was a big ownership difference between Demons duo Clayton Oliver & Christian Petracca. After Round 10, Petracca was coming off 4 straight scores of 110+ and was 35k cheaper than Oliver. However, Petracca then scored 40, 89, 86 and headed into the bye 150k cheaper than Oliver. These types of decisions ultimately cost coaches a hat.

Do such mistakes ruin your hat chances?

With over one-hundred thousand teams in the competition, it might seem like you have to play perfectly all season long to be able to finish in the top 100! I thought this was certainly the case. However, I’ve found quite a few mistakes in the team histories that make me question how they even got a hat at all. Here’s some mistakes I found:

While mistakes don’t rule you out of a hat, I obviously can’t recommend them! 11 donuts is only around 1 in every 6000 selections throughout the top 100. Plan ahead – particularly around the byes!

I hope you enjoyed a deep-dive into some hat stats and you take some of this knowledge into the next season of AFL Fantasy. I’ve tried to quantify that you don’t need to be in there all season to be a chance, and some players can really help you move up. Best of luck with your quest for a hat in 2023!