DC analyses the centre bounce attendances for the Crows, Lions and Blues. 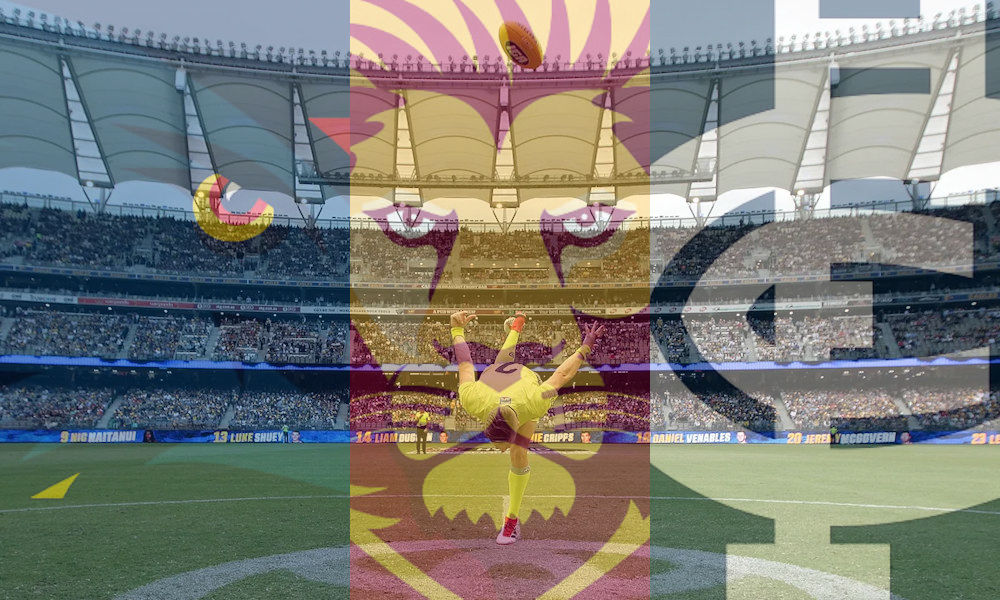 It’s the unofficial catch-phrase of the AFL pre-season that gets fantasy fanatics as excited as Bill Lawry on Boxing Day. But how many of these throw away lines should we really take seriously?

As fantasy players, we often jump in head-first without examining if there’s any rocks to avoid. We need to remember that if a player is going to take up more midfield clock then something has to give in the other direction. Player retirements, injuries or trades can open up midfield places but in most cases a player will need to push out an incumbent to take up those sweet, sweet midfield minutes.

So which clubs are in a position to offer more midfield opportunities in 2022? We can assess this somewhat by analysing the centre bounce attendance (CBA) data from 2021 (thanks to dailyfantasyrankings.com.au for the beautifully collated CBA data).

Why use CBAs as the key metric you ask? Well, in 2021, 29 players averaged over 100 points. Of those 29 players, 25 registered 40% or more CBAs and 20 registered 60% or more. The top 9 averaging players also attended >70% of the centre bounces across the games they played. Furthermore, 3 of the 4 players who did not rack up more than 40% CBAs just scraped a 100 point average (Mitch Duncan – 21% CBAs, Jack Ziebell – 0%,  and Hugh McCluggage – 23%). The one big outlier (or anomonomoly as Cal would say) was Aaron Hall, who averaged an outstanding, but highly unexpected, 109 points per game. In simple terms, 96% of the top 25 players spent substantial time in the midfield. It’s tough to be a top scorer without spending extensive time in the middle. This is all displayed in the graph below for you visual learners!

So now that I’ve hopefully illustrated how heavily linked CBAs are to top-end scoring, let’s explore how each club allocated centre bounce attendances in 2021*, discuss which clubs may have scope for change in the upcoming season, and which players are most likely to be granted those opportunities.

It was a very restricted midfield group for Adelaide in 2021, with a huge 44% gap between Sloane (3rd mid) and Schoenberg (4th mid). This was the biggest disparity in the league by a whopping 17% and may partly explain the huge averages for Laird (111.7) and Keays (108). On the other hand, ROB and Sloane both averaged in the mid 80s and were well down on their previous personal bests. The two big names to watch in 2022 will undoubtedly be Matt Crouch (if he’s fit) and Schoenberg, who averaged 48% CBAs after the Crows’ bye and 84 points in his last five. Adelaide clearly struggled in 2021, so Matty Nicks may experiment as he strives to make the Crows a more competitive outfit. Squeezing in Crouch and giving more responsibility to Schoenberg or another young Crows mid could quite possibly affect the top end scoring capabilities of Laird and Keays, so tread carefully if you’re considering paying up for them. If Crouch plays in the pre-season games, then just pick him. He’s an uber-premium midfielder who is priced at 649k but has averaged over 104 every year between 2017 and 2020 (adjusted). He will undoubtedly disrupt the 2021 centre-bounce mix. Schoenberg is also worth considering if you think he can breakout with a 90+ average. If one of the senior Crows mids goes down during the season then look at him very closely as a trade target as well.

Ten players registered over 20% CBAs for Brisbane in 2021 but Neale and Lyons were clearly the midfield mainstays. Lyons averaged a monstrous 117.1 but Neale had a frustrating year after his Brownlow campaign and managed just 94.5 from 15 games. He’ll be highly owned in 2022 and is most likely underpriced but don’t necessarily expect a return to the lofty heights of 2020. An average somewhere around 105 seems more likely. The evergreen Dayne Zorko managed another remarkable season despite moderate CBAs but he has lost forward status for the moment and shouldn’t really be a consideration at his age and starting price.

There are a few to watch for 2022 though. Zac Bailey, Deven Robertson, Jarrod Berry, and a returning Cam Rayner are seemingly the biggest chances to take the next step and become bona fide inside midfielders. If there’s any talk of Zorko playing forward more in 2022 then keep an eye on the young mids, as a breakout might be incoming. My money is on Rayner and Bailey to add more dynamism in the middle. Both have forward status but Rayner is better value at just 396k, whereas Bailey (priced at 72.7) would need to average 90+ to be a great pick. He hasn’t displayed a good enough ceiling yet to do that.

Finally, Hugh McCluggage is one of the premium wingers in the comp but if he moves inside properly then get on board. He could be anything if that happens but for the moment he’s probably capped out around a 100 point average.

It was good to see that Carlton moved past having Patrick Cripps carrying the Carlton midfield in 2021. Unfortunately Sam Walsh carried them instead. He spent some time on the wing but his breakout 109 average was built around sustained inside midfield time.

Cripps looked hampered for much of the season but if he can get back closer to his best then he will be value while priced at 81.8. I’m not sold on a return to anything near his 2018 average of 109 though, with something in the 90s much much likely.

The third key midfielder in 2022 looks likely to be Adam Cerra after his high profile move from Freo. He developed nicely in 2021 and could be worth a look at 87.3 if you think he can average over 100. I think there’s a chance he could go close because of natural development and Walsh and Cripps taking the opposition’s attention.

George Hewett (priced @ 64) also came across from Sydney as a free agent and could play through the middle as a defensive-minded mid. Even though he has def/mid status he’s probably not worth worrying about unless he is allowed to hunt his own ball somewhat. Pure tagging roles are not conducive to fantasy scoring but defensive minded midfielders who also get their own ball can be a recipe for fantasy gold.

Cerra and Hewett coming in necessitates a shuffle in the pecking order. Matt Kennedy averaged 96.5 and 57% CBAs over his last 10 games in 2021, which also included a 43 when playing mostly forward. Without that game he went at 102.4! Unfortunately, it seems like he could be one of the casualties. Ed Curnow’s days as a relevant fantasy mid also seem to be limited, while Dow Dow Paddy Dow and Setterfield may struggle to even crack the team.

The ruck situation is also intriguing. Tom De Koning developed nicely in the back part of the year. He posted 4 scores above 75 in his last 7 games but is priced at 60.5. The mobile big man should have scope for further growth if he keeps Pittonet out of the team.