The leading contenders for the 2021 Rising Star Award

Who could end up with the rising star at the end of the season? 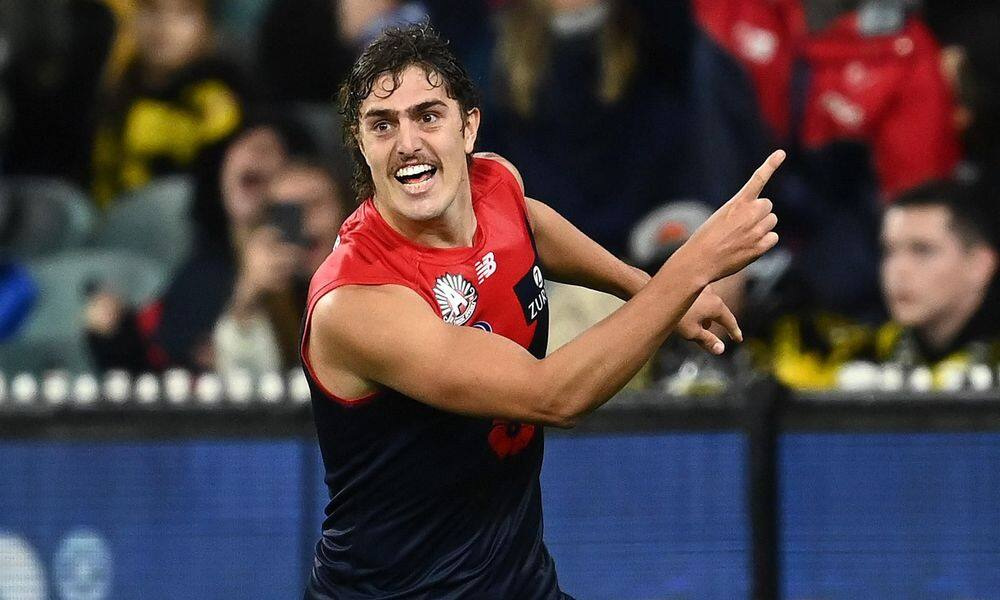 The 2021 Rising Star Award looks to be a wide-open race, with a number of first-season young guns making their case for the rookie plaudits.

Essendon have shot onto the scene with the impressive development of their fresh-faced trio of Nik Cox, Archie Perkins and Harry Jones.

The Giants have found another gem in the first-round with Tom Green, while top-eight clubs Sydney and Melbourne have boasted multiple nominees so far this season.

Overall, contention for the crown of 2021 Rising Star is in high-debate, and we’ve named the leading contenders to take home the award.

The contested bull has become a key member for Leon Cameron’s engine room this season despite finding himself on the outer of selection at times in 2021.

Across Green’s 14 games for the year, the 20-year-old has amassed an average of 20.43 touches, 3.00 tackles and 4.36 clearances per game, meaning Green is as available as any market from lordofodds.co.nz.

With the Giants well in the frame for a finals finish, Green’s worth to a top-eight side is sure to factor into his play for the Rising Star.

While tipped as the favourite to take home the crown, Green will still need a strong finish to his second season in the AFL to ensure his place atop the podium.

The Demons tall has been a vital cog in their push for a premiership, offering as a key member of Melbourne’s attack as well as chipping in with ruck duties to aid the workload of Max Gawn.

Jackson has flourished in this energised Demons side that are sure to find themselves deep into the competition come September.

When the Demons are playing well, so is Jackson, with the forward/ruck utility a barometer for the premiership contenders.

A young gun at Demonland who perhaps hasn’t received as much attention as his teammate Jackson is James Jordon.

In his debut season, Jordan has filled a void in the Demons’ onballers pecking order and has done so at an exceptional rate.

An average disposals tally of 17.88 per game to go along with 5.25 tackles and 2.44 inside 50s has Jordon putting up elite numbers for a first-year player.

Like the aforementioned duo before him, Jordan’s role in a finals contending side is sure to have great weight when the award adjudicators cast their votes.

The tall, athletic rookie has burst onto the scene after going in the top 10 of last year’s draft.

The Bombers weren’t tipped to be near the top-eight this year, but thanks to the likes of Cox and other impressive neophytes at Essendon, the club’s future is looking as bright as ever.

While his numbers on paper won’t be as impressive as others in this award race, it’s Cox’s impact on the game that has fans backing his stakes for the Rising Star.

The young gun has perhaps fallen away from his favouritism, but a strong end to this season could mean Cox manages a late push for the honours.

What’s gone wrong with the Tigers and Eagles?
The three bargain buys that have shaped the AFL finals race