The Evolution of the AFL

The game has changes a lot since the league formed in 1897. 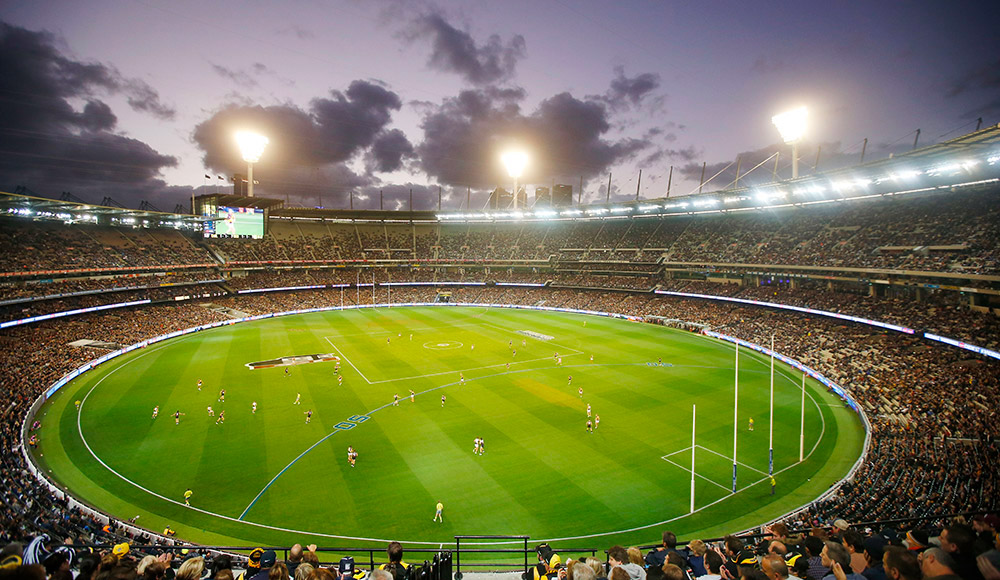 The highest level of Australian Rules Football has changed dramatically since the league was formed way back in 1897, both in terms of the way it is played and the teams which play it. From defensive structures to rule changes and new teams, these are some of the most significant changes the AFL has undergone over time.

The VFL becomes the AFL

It might not relate directly to the action on the field, but this is almost certainly the biggest change to the top league in its history. Indeed, for the first 85 years of its existence, the league was a one-state competition, and it wasn’t until the South Melbourne Swans relocated to Sydney that its reach extended outside of Victoria. It took another eight years after that – a period during which both the West Coast Eagles and the Brisbane Bears joined in – for the VFL to officially change its name to the Australian Football League, and three decades later almost half of the league’s 18 clubs are based outside Victoria.

This change has had a huge impact on football in many ways – not only is it important financially in that it significantly widens the audience which the AFL reaches, but it also enables fans around the country – with a few notable exceptions – to support a team with which they have an affinity, rather than one from the other side of Australia. This change has also resulted in a wider spread of teams winning the Premiership, and the $51 odds for Essendon to win the Grand Final with Betway and even longer odds of Carlton and Essendon – all traditional powerhouses – are testament to the nationwide equality of the league.

Increased use of the handball

It seems incredible to imagine based on the way the game is played today, but the handball was a rarely used skill in Aussie Rules up until the 1960s and 1970s, and even as recently as the turn of the century it was executed far less often than it is today. Predominantly the game involved long kicking, a far cry from what we see in 2021 where the swathes of numbers around the ball make handballing a pivotal skill, both in order to clear the ball from the masses, and to pick apart the defensive zones which teams are now so good at establishing.

The development of defensive structures

And speaking of defence…it wasn’t long ago that the kind of zone defence that we see today would have seemed absurd to players, fans and coaches alike. Even as recently as a couple of decades ago, the game was a lot more simple than it is in 2021 – for the most part, teams moved the ball quickly and directly, using long kicks through the centre corridor in a way which rarely happens today. While some pine for the olden days of simple football, and cries of ‘Just kick it!’ can be heard around most AFL stadiums on game day, it’s the increasingly complex defensive structures which have, for better or worse, at times put the brakes on the rapid and simplistic ball movement which previously existed.

More than perhaps any league in the world, the AFL is constantly tinkering with rules and seeking to improve the game in a way which must seem insane to the layperson. And while plenty of diehards still get frustrated by the changes, for the most part they are implemented for a reason, and very often have the desired effect. It wasn’t long ago that blatantly chopping a player’s arm as they attempted to mark the ball was legal – nowadays it’s an obvious free kick. Indeed, it was only this year that the league limited the movement of the man on the mark to open up lateral ball movement and make it easier to play on from a mark, a move that has widely been hailed as a success. These rule changes might seem subtle when first enforced, but each and every one of them has a significant impact on the way the game is played.

The VFL/AFL has undergone huge changes over the 124 years in which it has been in existence, from its development into a national competition through to the way in which the game is played on the field. Unlike many other sports and leagues which remain far more set in their ways, the league is constantly evolving and developing, and this is just another thing which helps to make it one of the most unique sports on the planet.