How good was Bucks back in the day? 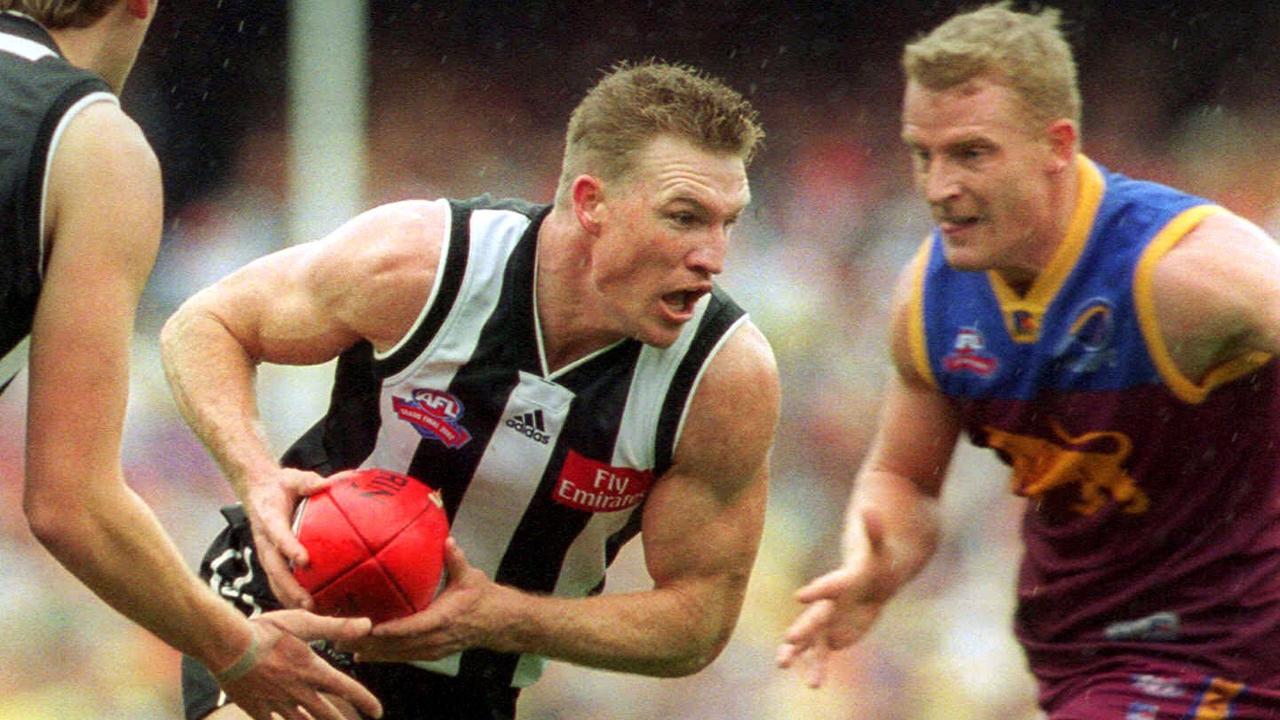 In Round 9 of the 1998 season, Collingwood travelled to South Australia to take on Port Adelaide, in a game in which the winner would go into Round 10 with a 5-4 win/loss record, as both clubs entered this clash having won four of their eight previous matches.

A four goals to one third term set up a 17-point win for Port, however, the standout performance of the day – at least from a fantasy perspective, came from current Collingwood Coach Nathan Buckley. Buckley gathered 39 disposals and took 9 marks which would have netted him 155 fantasy points and earns him the nod for our Round 9 Fantasy Flashback’s Player of the Round.

Although Buckley’s 155 vs Port Adelaide earns Bucks our Player of the Round, it was by no means the highest fantasy score he would have posted had fantasy footy existed in his playing days. In Round 20 of the 2000 season in a loss to the Bulldogs, Buckley would have produced a hefty 172 from 40 disposals, 11 marks and two goals. He also had an amazing run the previous season in which from rounds 14 to 17, he would have belted out fantasy scores of 160, 135, 161 and 153.

The figures above certainly show Buckley could produce some huge fantasy numbers, however the biggest standout when looking at his career from a fantasy perspective is his consistency over such a long period.

In his debut season with the then Brisbane Bears, Buckley would have averaged a very impressive 88.6 fantasy points before requesting a trade to Collingwood, where he backed up his sensational debut season with an average of 85.1. A move to halfback during the 1995 season would have seen Buckley’s fantasy average drop to 78.3, however, in the following year he earned his first All Australian jacket in that position and would have produced a healthy 94.6 fantasy average.

Another All-Australian season followed, as did a rise in his fantasy average to 96.1, which was backed up with another AA nod and his first 100 plus season in 1998 in which he would have averaged 109 fantasy points per game.

Buckley was moved back into the midfield the following season, earning himself another All-Australian jacket and his best season from a fantasy perspective with a 115.1 average. Over the next two seasons Buckley’s average would have fallen to 98.4 and 91.8 in his Brownlow and Norm Smith Medal winning season, before jumping back up to 103.3 in 2003.

Two injury interrupted seasons followed in which Buckley would have produced fantasy averages of 87.7 and 94.3, and then 96.9 in his last full season in 2006. In his final year Buckley only played just the five games after sitting out all but the last two games of the home and away season, and although those five games would have produced the lowest fantasy average of his career of 74.4, Buckley did fittingly finish his career with a fantasy ton – scoring 106 fantasy points in the Magpie’s loss to Geelong in the Preliminary Final.

As mentioned previously, the standout of Buckley’s career from a fantasy perspective was his consistency. In his first game against North Melbourne in 1993 he would of scored 98 fantasy points and in his last 106. In between those two games Buckley would have averaged 94.8 fantasy points, and if you ignore his final season of five games he would have averaged 88.6 in his first season and 96.9 in his last.

While those numbers are impressive enough on their own, Buckley did play at half back earlier in his career and spent more time forward in his last few seasons so would have also earned DPP status as a defender and forward at different stages of his career.

As he was in real life Nathan Buckley would have been an absolute star in fantasy footy.