Lethal is a legend! 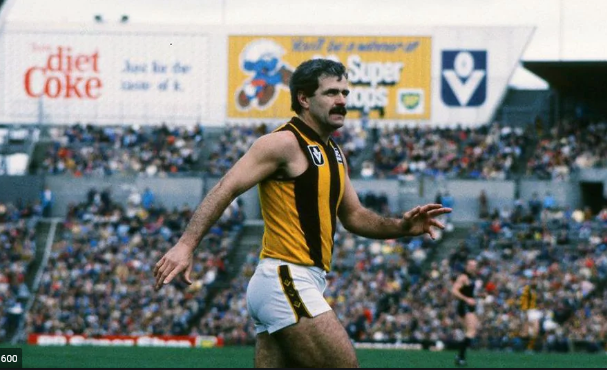 This week’s Fantasy Flashback’s Player of the Round is Hawthorn and VFL/AFL legend Leigh Matthews, who after a quiet game the previous week in a loss to the Demons produced one of the most dominant games of his career against Essendon at Waverley park in Round 3 of the 1973 season.

Matthews collected 41 disposals and booted 11 goals in a 68-point victory for the Hawks, which would have given him a massive 216 plus fantasy points. I say plus, as tackles were not recorded in 1973, and given the aggressive way Matthews played the game you could safely assume his score that day would been higher had tackles been counted at the time.

Generally accepted as one of, if not the greatest player of all time, Matthews would have been very sought after by coaches had fantasy footy been around during his playing days. As a forward pocket/rover Matthews most likely would have held DPP status throughout his career.

While the above is impressive enough, it is important to remember tackles were not recorded during Matthew’s career, so these figures would have no doubt been higher and perhaps given him three or four more seasons of averaging above 100 fantasy points, and perhaps even a 100 average over his career.

There is little doubt Leigh Matthews would have been one of the most popular players in fantasy football had it been around at the time in all formats and would have been worth his weight in gold in keeper leagues given the strength of his scoring over the length of his career. Only in his first and last seasons, would he not have been a starting 22 player in the vast majority of leagues.

As he is in the real world of AFL/VFL football, Leigh Matthews would have quite simply been a fantasy legend.

Fantasy Flashbacks – Round 2
Trent’s Take: What should my trading strategy be over the next 3 weeks?