Hindsight is a wonderful thing. Baked Beams looks at how you could have won AFL Fantasy Classic by 5,210 points. 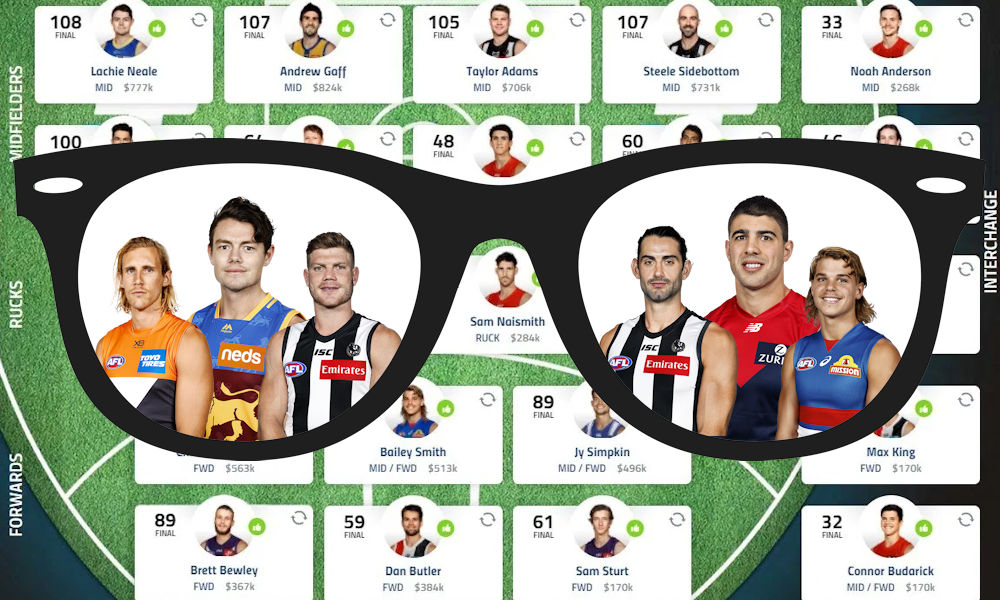 Everyone loves a bit of hindsight. “If only I picked Hunter over Macrae… I should’ve fielded Greaves over Haynes last week…” We’ve all said something like that before, but what if you actually had these powers? So what if you could actually go back and change things? Well, here we go.

If you picked the following team at the start of the year and made appropriate trades, you would have won AFL Fantasy by 5210 points. 5 thousand. Along the way, you would pick up the round prize every week for the highest scoring team and have a team value over $2mil more than the actual highest, at $20.7mil. Not to mention a cool $679k still in the bank.

So, there you have it. A team 5210 points ahead. As mentioned earlier, sideways trading carried this team through.

Having only 10 genuine upgrades you would think would make it hard to have six $500k+ players on the bench, but those sideways trades from rookies to value picks made the difference.

Only 4 players were not traded out of the team, Neale, Adams, Grundy, Petracca, outlining the amazing seasons they had. Simpkin was brought back in for the final round, so he can somewhat count. Overall, 76 different players were used.