PODCAST: Roy, Calvin and Warnie have a home brew to chat about the new fixture. 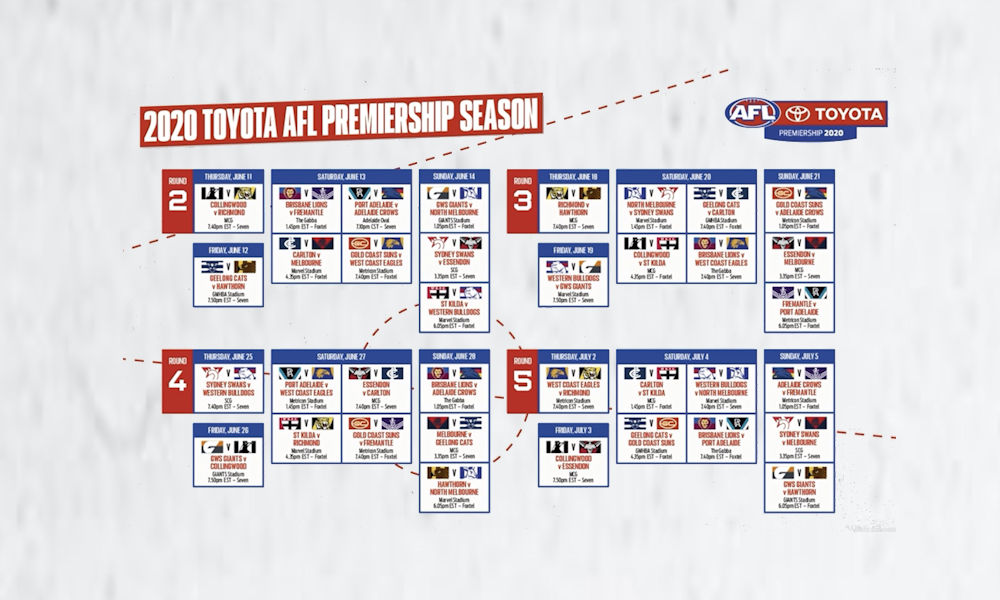 It’s time to get serious. The fixture for round two through to five have been announced and Calvin cracks out his red and green tables to look at the Scale of Hardness. Warnie runs through the main things we need to know about the upcoming fixture and attempt to make the team changes for round two. Plus the lads answer your questions..

5:00 – The lads talk through the next four rounds as announced on Monday.

13:15 – Calvin analyses the fixture to look at the teams with the best and worst upcoming fixtures.

21:00 – Who are the likely ins and outs for round two that may affect Fantasy teams.

46:10 – Lachie Hunter definitely won’t be playing in round two, but who else joins him on the sidelines as Tom Liberatore and Patrick Lipinski are good chances to play.

55:00 – Should be be trading out premiums for value options?