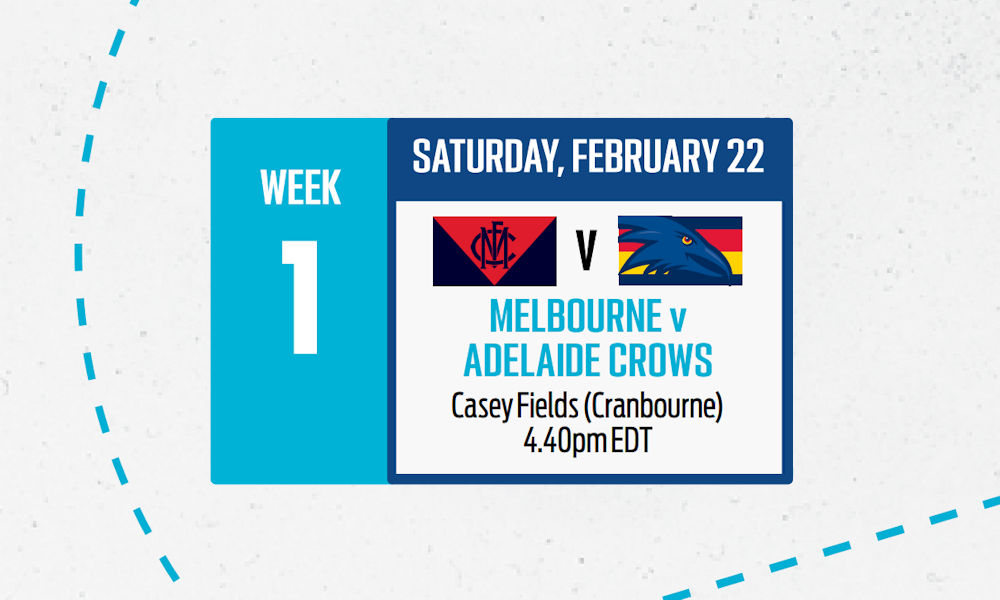 Melbourne and Adelaide were both competitive last year. Not in terms of contesting the premiership, but in regards to who had the most disappointing season.

The Demons somehow finished second last after playing in a Qualifying Final in 2018, while the Crows lost a coach, captain, and a heap of talent who fled the club with a bad taste in their mouth.

Fantasy coaches are licking their lips though. Which Demons are underpriced and due to bounce back this year? And which Crows will capitalise on the opportunity to fill a hole left by the exodus?

I trekked out to Casey Fields with my mate Nick who came 23rd last year, so at least one of us knew what to look out for.

Clayton Oliver played in the guts and racked up disposals with ease. He stayed in second gear and managed 123 fantasy points with 31 disposals and a monstrous 11 tackles. He’s only priced at 105.9, so his 5% ownership could rise.

Wow. Is this the year that Christian Petracca breaks out? He spent most of the game in the guts and was a force to be reckoned with. He pumped out 145 fantasy points from 38 disposals, 7 tackles and 3 goals.

His 1% ownership is sure to rise, although perhaps his midfield minutes will be impacted by Angus Brayshaw’s return?

I’ve included Tom McDonald because he averaged 107 from his last three and had the potential to be value if he could return to his best. He looked sluggish at centre half forward but improved as the game progressed, finishing up with 108 points from 3 goals. He was helped by Petracca kicking the ball inside fifty again and again – geez how amazing was he!

James Harmes (MID, $698,000) played across half-back and looks certain to gain DEF status in round 6. He only scored 61 but could be a steal late in draft.

Meanwhile Luke Jackson (RUC, $266,000) shared the ruck responsibilities with Weideman in the absence of Max Gawn. He’s athletic and covers the ground well, but will need to work on his ruck craft and ball skills to score better than 17. He’s been dumped from Nick’s team.

If there’s another player you’re keen on, feel free to shoot me a tweet at @BeaufortBeaus.

Chayce Jones looked lost on the wing and struggled to have an impact in the guts, but never stopped working. He finished the day with 64 fantasy points from 69% TOG, but I wanted to see more. I’m one of the 9% of coaches with him in my side and have a lot to think about, especially when Brodie Smith didn’t play and Rory Sloane only played one half.

Bryce Gibbs shared the half-back sweeper role with Laird and Milera and is another sure-fire DEF status by round 6. He took some of the kick-ins but only managed 69. He won’t be increasing his 3% ownership.

ROB slowed down throughout the game but managed 83 points from just 69% TOG. He had no competition against Melbourne’s depleted ruck stocks but I’ll be surprised if the dominant ruckman doesn’t increase his average from last year’s 95.5. 15% of coaches will also be happy that Frampton stayed forward. Nick shuffled his team around to get ROB in as his R2.

Rory Laird (DEF, $719,000) had reduced minutes because of the state of origin game, so his 38 points came from only 41% TOG. He comes with a hefty price tag so his owners will want to see more in their last Marsh Series game.

If there’s another player you’re keen on, feel free to shoot me a tweet at @BeaufortBeaus.