Does the new Don get a gig… and get in the guts? 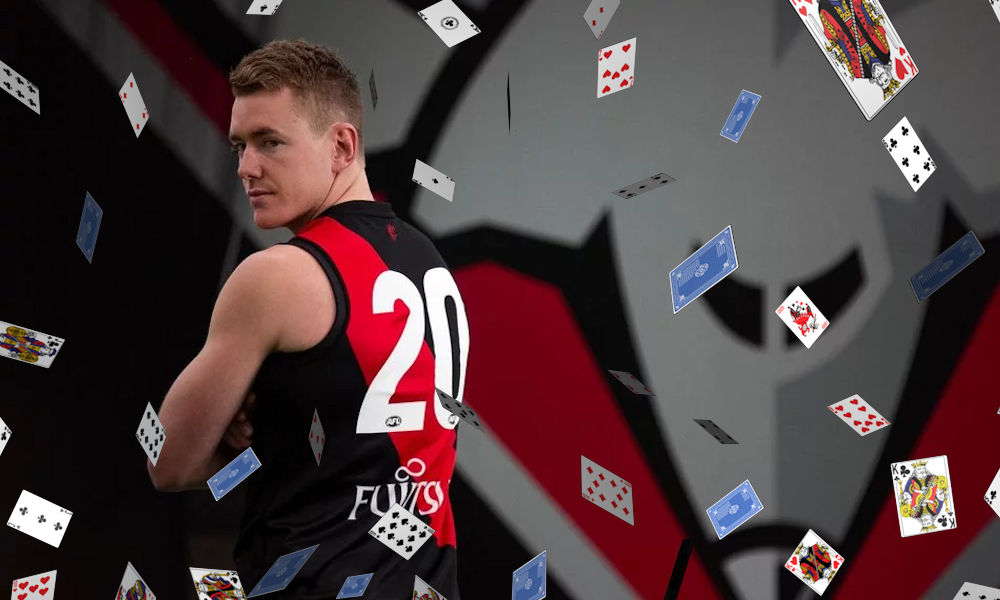 Jacob Townsend is mature-aged, rookie-priced, and listed as a forward. The 26-year-old is entering his ninth season and ticks every box we could want from a promising cash cow in classic.

What’s got coaches excited though is Townsend’s potential role this season, after Essendon’s list manager Adrian Dodoro described the Bombers’ new recruit as a “big-bodied inside midfielder” who’ll have an “instant impact”. And it make sense. The Dons have been lacking dominance in the contest, with guns like Merrett and Shiel far more adept on the outside.

Townsend should be able to slot right in to the midfield, and he’s got past form to back it up. Although he’s only ever played up forward at AFL level, he ran through the middle in Richmond’s VFL side and earned himself the league’s best and fairest award in 2017. Last year he averaged 90.1 in the reserves, with a high score of 128.

Sure, an average of 90.1 in the AFL is out of reach, but he can still be immense value without even coming close to those heights. He’s priced at 35.9 points per game, so an average of just 70 would see his price rise by $253,000.

The biggest concern is Essendon’s weak forward line, especially with Joe Daniher battling a groin injury that could see him on the sidelines until the second half of the year. If Woosha needs firepower, then he’ll be tempted to throw Townsend up forward.

For an illustration of his inconsistency as a forward, look no further than his only game at top level in 2019, when he managed just 17 points and three disposals. Scores like that make his $266,000 price look astronomical, especially when he’s only $4,000 cheaper than future superstar Matt Rowell.

Another thing to keep in mind is that Townsend has only managed 48 games in the AFL. He’s been given an opportunity at a third club but was dropped in and out of the firsts at GWS and Richmond, and there’s every chance he could play a heap of reserves footy yet again.

Jacob Townsend won’t get drafted in most leagues, but in classic we don’t need him to score much more than 65 to cement a place in our forward lines.

If he’s playing as an inside midfielder in the Marsh Series like Dodoro’s alluded to, then you can be confident having him on your field too. You might even want to pick him up as a free agent in draft!

I’m one of the 23% of coaches with him in my team, and won’t be surprised if that number rises as we get closer to Round 1.