PODCAST: Lee Gaskin joins the boys as they focus on the rucks this week. 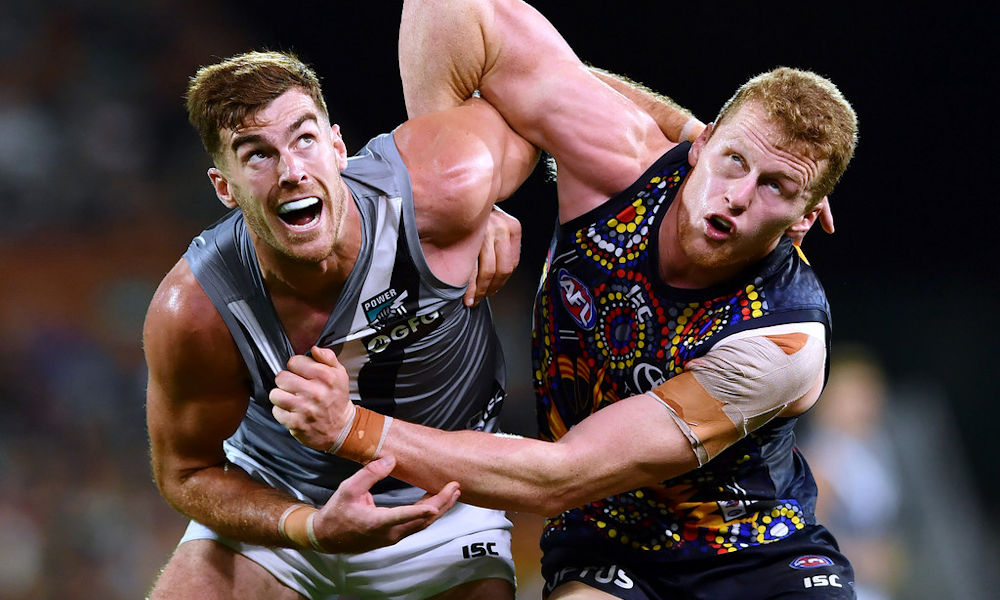 It’s a show all about the South Australian teams and the rucks. Get the inside word from AFL.com.au’s Lee Gaskin as he lets us know about all of the ins and outs at the Crows and Power. Roy, Calvin and Warnie talk who to pick as R2 and Warnie drops his top 12 ruck draft rankings.

19:30 – Dan Houston should run through the Power midfield as will Brad Ebert in the absence of Ollie Wines.

21:30 – Roy wants to know more about Tom Rockliff, but Lee is cautious.

27:00 – Some basement priced players at the Dockers that could be options.

38:50 – Roy and Warnie share the same second ruck while Calvin has gone cheaper.

51:30 – The Traders name some point of differences in fewer than five per cent of teams.

58:10 – What does Jack Macrae need to do to be snouted as an AFL Fantasy pig?