Check out Curnow’s numbers under Teague. 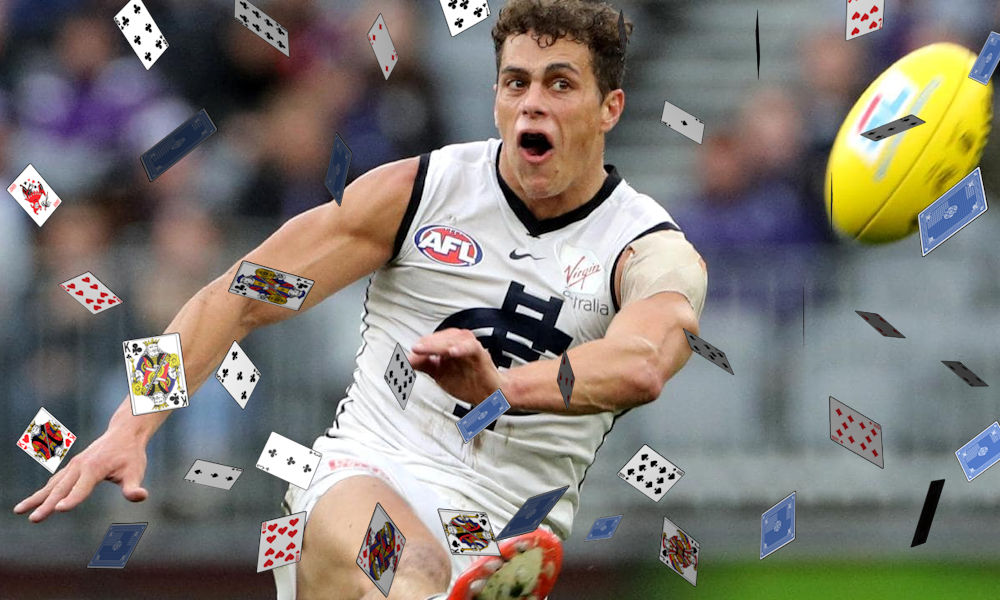 Let me throw some numbers at you.

Ed Curnow averaged 99.9 after David Teague took over as coach from Round 12 onwards, which is 106.6 when the CALculator removes the injury-affected 39 in Round 13. But don’t worry if you’re not a fan of Calvin’s number massaging techniques – Curnow averaged 105.0 after the bye without any games sneakily taken out. He’s about 15 points under-priced with these figures, saving you $110,000 to fix up the rest of the ground.

The scoring boost happened when Curnow bought a first-class ticket on the Teague Train and was thrown into the midfield where he belongs. Carlton started winning for once so there’s a high chance the formula will be repeated and he’ll stay in the guts in 2020. Match sims are dubious predictors at best, but it was Cripps, Walsh and Curnow who attended the first centre bounce at Carlton’s pre-season training.

It’s also worth noting that Curnow is no stranger to beast scores either. Before the bye in 2018, he averaged 116 with a high score of 160. He even sat in Roy’s Rolling 22 for seven straight weeks! He was chucked out of position up forward and it took 12 months and a coach change for him to be played back in the midfield.

Ed Curnow had FWD status in 2019 and would’ve been a lock if he’d kept it. Instead he’s a MID only in 2020 and has to compete against top talent like Dunkley and Macrae, and excellent value like Mitchell and Ward.

And is 15 points enough value?

Inconsistency also might stop you from picking Curnow. His highest season average is only 101.8, and he’s played all 22 games just two times in his career.

Age could be a factor too. He’s 30-years-old already and Teague might decide to play some more youngsters through the middle towards the end of the season if the Blues are out of finals contention, which is definitely on the cards.

Ed Curnow should be a lock considering he’s priced at 89.9 with a 105 average looming, but he’s never cemented himself as a reliable fantasy option by churning out big scores across an entire season.

He’s only owned by 0.6% of coaches at the moment and could be an ultra-unique point of difference, but that only exacerbates the risk because it’ll be extremely lonely if he flops.

He’s sitting in my team at the moment, but let’s wait and see.