Is Kelly’s inclusion a good thing for Gaff? 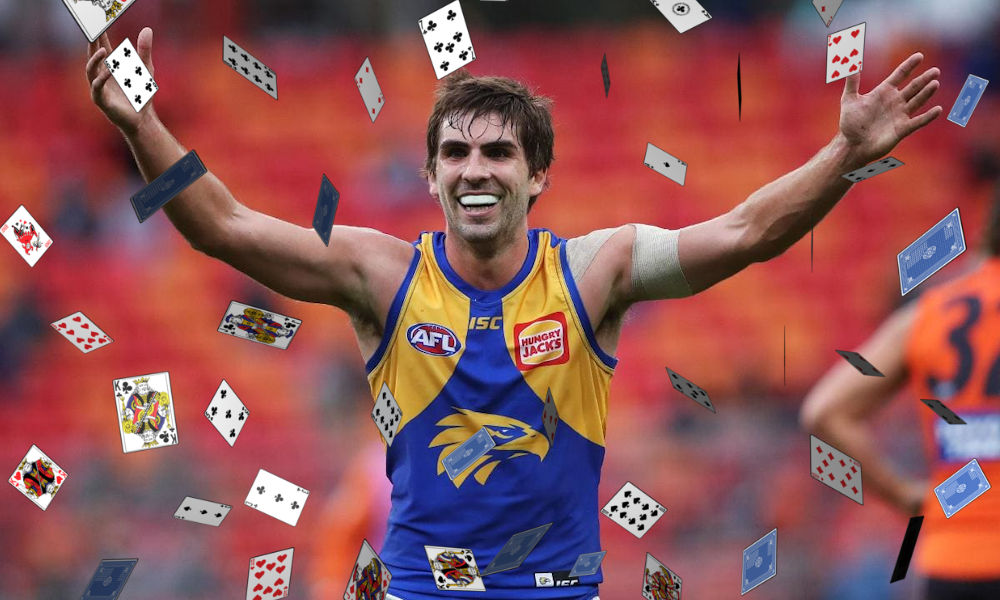 You will be hard pressed to find a player with a more consistent fantasy game than Gaff. The guy is the king of consistency. In fact he didn’t go below 90 a single time last season, with his lowest scores being two 91s, 92 and a 94. He is a lock in to get you around 100 each week, no matter who he is playing against. Also since 2014 Gaff hasn’t averaged below 92. That’s six seasons!

Another positive is that Gaff has had a full pre-season, and thanks to not KO-ing someone this season, will start round 1. His first seven rounds are against teams that he scored 100+ against the last time he played them, and with a proper run in he is quite capable of starting with a bang, especially considering he averaged 115 points in his first 10 games last season compared to his season average of 111.

With Kelly in the Eagles side there is every chance Gaff will see an increase in his scoring. Firstly because he is now one more player down the pecking order when it comes to getting a tag, and secondly because he scores best when he is on the wing, and with Kelly possibly feeding him the handball receives that he gobbles up like a seagull does chips, hopefully his score can climb a few points.

There are two things I can see as a negative for selecting Gaff. First is his price. He’s 153k higher than Titch, 105k higher than Kelly, and even 55k higher than Coniglio. Dunkley is priced the same as Gaff and has a higher ceiling, and with a midfield role will probably be better priced.

The only other thing will be his temper. We all remember the Brayshaw incident. Although I believe this was most likely a brain fade, and other than that one act of violence Gaff has a very clean history when it comes to suspension, barely ever getting pulled up by the tribunal.

The @WestCoastEagles have a big group of premium midfielders. None are better than Andrew Gaff (MID, $824k).

Yes Gaff is priced high, but there is a reason for that. There aren’t many players who are as consistent as Gaff. Put simply he is a gun at getting himself easy disposals, and I can’t see that changing with Kelly in the side, and it could actually be a positive for him.

With a full pre-season, and even a possible state of origin birth Gaff should certainly be looked at for a set and forget midfielder. He has scored high and consistently for two seasons in a road now, and there is no reason why he won’t do it for a third one.

His role isn’t going to change, and yes players like Dunkley can score higher, but their roles in their sides could be different on a week to week basis, whilst Gaff will always be on the wing racking it up.