The second-year Crow could be a handy FWD pick. 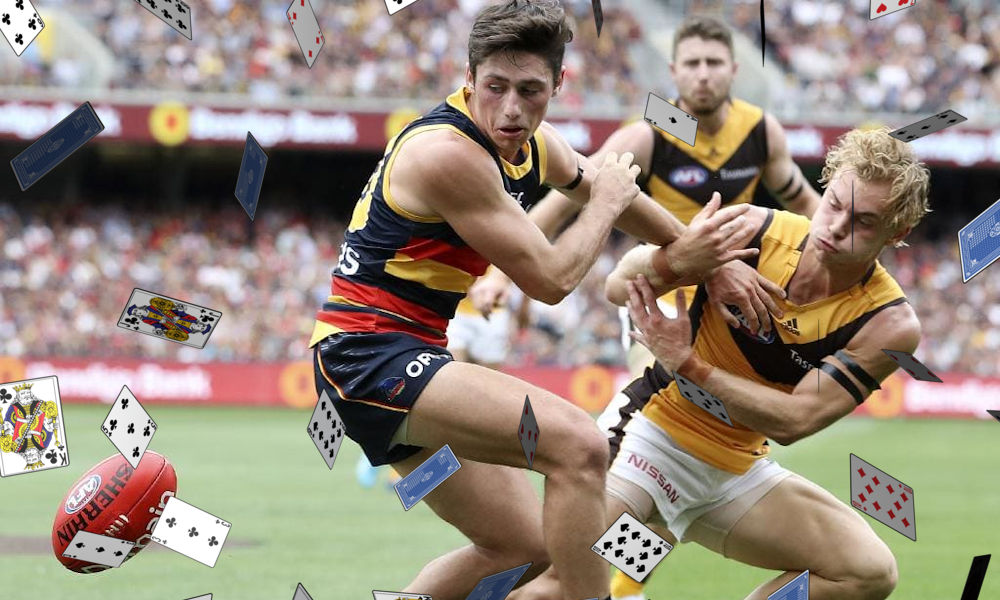 An exodus of players and the sacking of Don Pyke rounded out another disastrous year for Adelaide supporters, but has got fantasy coaches licking their lips. There’s bound to be new opportunities and changes at the club this season, but the challenge will be jumping on the right picks.

Young gun Chayce Jones is a Crow to consider after a promising pre-season that’s seen him finish first in the club’s 2km time trial and pop up in news articles all over the place. Most importantly, he’s been building his frame in a bid to get more time in the midfield this season after spending his eight games last year up forward.

With his 6% discount, we might be gifted a second-year, forward-eligible jet who’s just $48,000 above rookie price. Sure he only averaged 45.6 last year, but he was stuck in the forward line and finished the year with a 97 that included 18 disposals, 7 marks, 4 tackles, and 2 goals.

Who the hell knows how Adelaide will line up this season? We didn’t get a glimpse of Matthew Nicks’s tactics like we did with the interim coaches, so it’s anyone’s guess who’ll be getting time in the midfield. If Jones doesn’t get to play in the guts, then his 45.6 average doesn’t represent value; it’s more like reality.

And although the departure of so many players has opened up opportunities across the board, one of those gaping holes was made by Eddie Betts. If Nicks is looking for a pacy small forward, then the 180cm tall Jones might fit the bill.

It’s also worth pointing out that although Jones has had a year in the system now, he only managed to string 8 games together in the AFL. It’s not the level of experience we want to see from a breakout contender, especially when we can save the cash with a rookie and upgrade elsewhere on the field.

The potential for a second year breakout is there, but that’s all it is at the moment: potential.

He’s a bargain if he gets midfield time and manages a conservative 70 average, but could make our forward lines look even worse if ends up back in the forward line.

2021 might be Jones’s year instead, but for the time being he’s on solid Marsh Community Series watch.