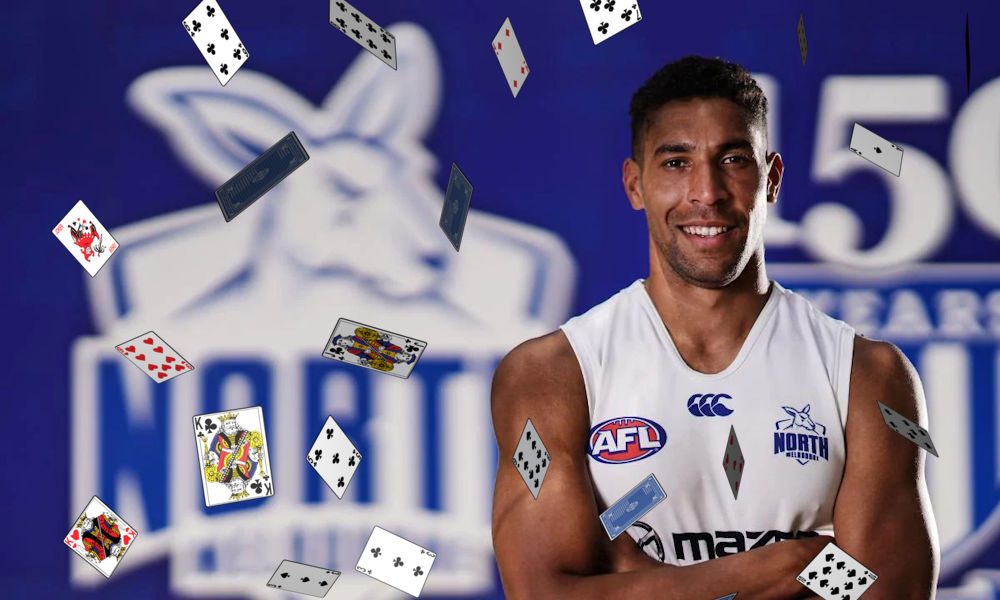 Aiden Bonar was drafted by GWS with Pick 11 in 2017, touted as a powerful tall who’d start his career in the forward line before transitioning to the guts as a big-bodied inside midfielder. Opportunities in the Giants’ star-studded midfield were scarce in 2018 and 2019, but he was traded to North Melbourne and is now training as a midfielder.

The exciting thing about Bonar is that he’s listed as a forward and only priced at an average of 44.8 after the 24% discount on his 2018 output is taken into account. A 75 average for a talented third-year should be more than reasonable if he gets midfield time, so the value is absolutely there.

Also working in Bonar’s favour is the fact that he was the only player recruited by North during the trade period. The club had no draft picks in the top 30, and talented prospects like Luke Davies-Uniacke haven’t turned the world on fire or looked like long-term replacements for the ageing midfield group.

Bonar has only averaged 53.3 across his six games so far, so it might be better to save your cash and pick a rookie instead. We also haven’t seen him play in the midfield at AFL level yet, so there’s no guarantee he’ll score well.

In fact, he only averaged 84 and 78 in the NEAFL. That’s the equivalent of a kick and a handball a game once you remove the NEAFL’s gigantic scoring boost, which sees spuds pump out piggish scores on a weekly basis only to flop when they hit the big time.

Also keep in mind that North was the second worst team for fantasy scoring last year, and only Shaun Higgins averaged above 90. Bonar will have to work extra hard to accumulate points unless Rhyce Shaw is planning on changing up the team’s tactics.

Aiden Bonar (MID/FWD, $333k) is awkwardly priced, but he should have opportunity at his new club.https://t.co/gcfyNN71OA#AFLFantasy pic.twitter.com/a0jO8waTRh

At this price, and with such slim pickings in the forward line, Bonar has been training with the Beaufort Beaus over the summer, with a Round 1 selection dependent on his role in the Marsh Community Series.

His numbers in the AFL so far are concerning, but hopefully we get a chance to see what he can produce when thrown into the midfield.

He’s also just $63,000 more than the most expensive rookie, so keep him in mind if you have some extra cash leftover at lockout.