Will the end of season midfield time continue? 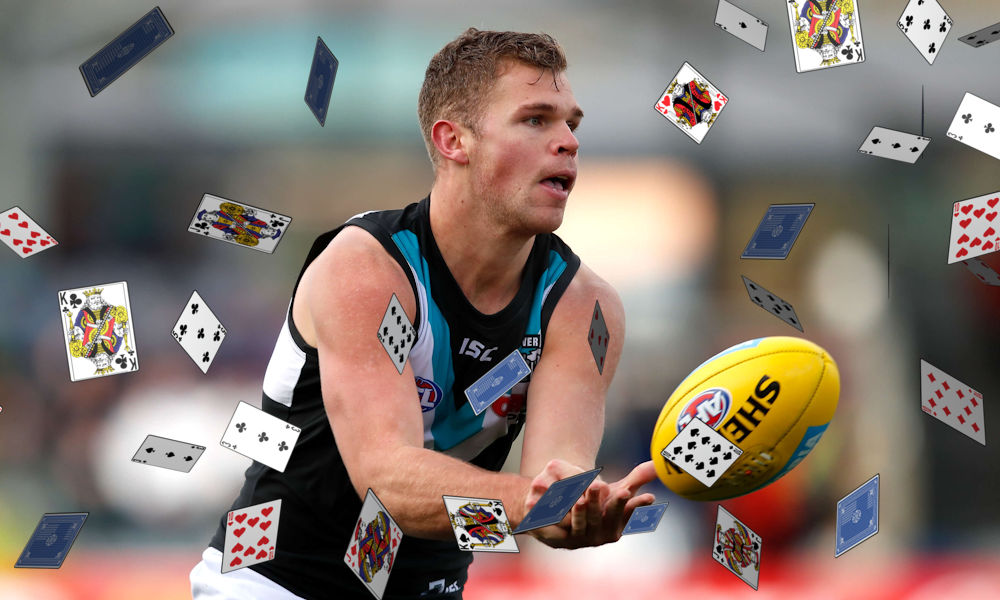 Dan Houston played in the midfield in the last five games of 2019 and averaged 103.2. If he’d pumped that out over the entire season, he would’ve ranked as the tied-third best defender.

Considering he’s priced at his 80.3 season average, he could be $170,000 unders right now. And unlike other young guns who are hoping for more time in the guts, we know Houston can score if given the right opportunity.

He also attended 84%, 64%, 84%, and 64% of centre bounces in Rounds 19 to 22, and was told at the end of the season to keep working on his fitness so he could stay there in 2020. Unless something drastic changes, he’s firmly part of Port Adelaide’s future plans.

In terms of draft, it all depends on how savvy the coaches in your league are! Defenders who entered 2019 with an 80ish average went in round 9 or 10 last season, but there’s a lot of hype around Houston at the moment so be prepared to cough up a higher pick if your mates are as clued in as you are.

Footy fans are more optimistic about Port’s rebuild than the club itself, and rumours abounded last year that Ken Hinkley would be sacked. Port have only made finals once in the last five seasons and it’s clear that anything less than a top eight finish in 2020 is a fail.

If Port lose a lot of games at the start of this season, Hinkley might opt for experienced bodies in the midfield instead of up-and-comers. Houston is one of many talented youngsters competing for a prized spot in the guts, so he could be thrown back to defence if there’s panic at Alberton Oval.

Houston also has his bye in round 12, which isn’t ideal because we want to weight our teams towards players with the week off later on.

Dan Houston (DEF/MID, $596k) finished the year in the midfield for scores of:

Most of us haven’t considered Houston since he starred as a cash cow in 2017, but keep an eye on his role in the Marsh Community Series. Fingers crossed he attends a heap of centre bounces again!

Lock and load if he’s in the midfield because he’ll find his way into Roy’s Rolling 22 before season’s end (depending on the rolling criteria, of course).

But avoid if kids like Connor Rozee are prioritised ahead of him, because Houston only averaged 73.2 before his shift to the middle.